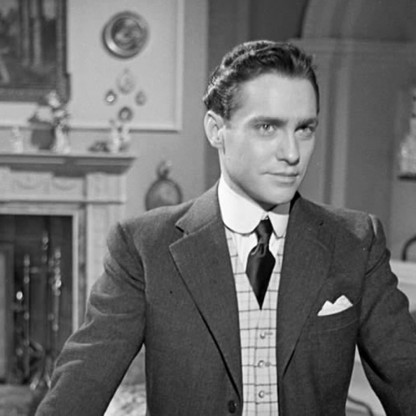 Richard Todd was bornon June 11, 1919 in Dublin, Ireland, Irish, is Actor. Richard Todd, born into an aristocratic Irish family, became a soldier and then a very successful actor in both British and American cinema. His role of a Wing Commander in the British Air Force in the film ‘Dam Busters’ made him very famous. His mother wanted him to join the Diplomatic Service but he decided to become a playwright. Later on he changed his decision to become an actor instead. The lead roles played by him in many war movies were appreciated all over the world as he used his first-hand experience of the war to bring out the maximum effect in each role. In real life he was a part of the parachute regiment of the 7th battalion that was parachuted into Normandy on the D-Day of the Second World War. He made the first contact with the troops flown into Normandy in gliders led by Major Howard assigned to defend the Pegasus Bridge. After the war ended, he went back to his first love, the theatre, and performed in many roles. His luck changed for the better when he got a chance to act in films where he was more successful in portraying characters from the armed forces.
Richard Todd is a member of Film & Theater Personalities 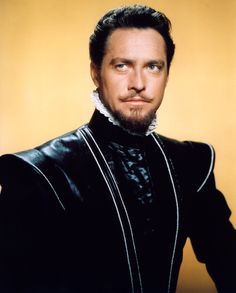 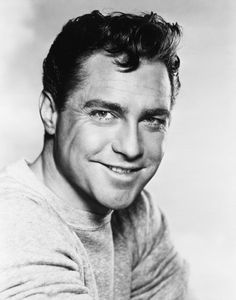 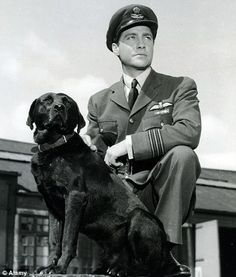 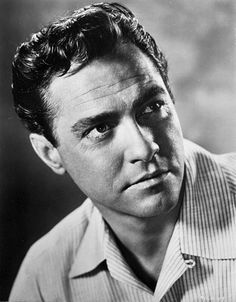 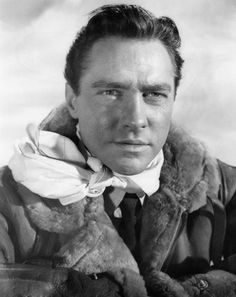 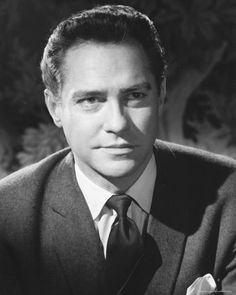 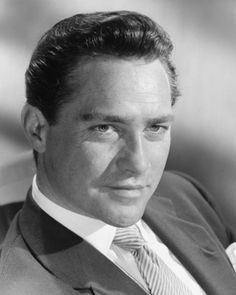 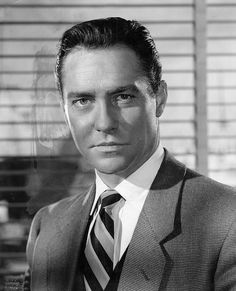 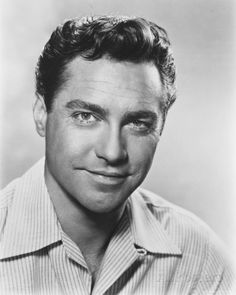 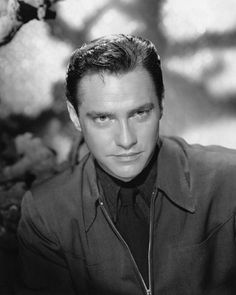 He first appeared professionally as an actor at the Open Air Theatre, Regent's Park in 1936 in a production of Twelfth Night. He played in regional theatres and then co-founded the Dundee Repertory Theatre in 1939. He also appeared as an extra in films like Good Morning, Boys (1937), A Yank at Oxford (1938) and Old Bones of the River (1939).

At the beginning of World War II Todd enlisted into the British Army, receiving a commission in 1941. Initially, he served in the King's Own Yorkshire Light Infantry (KOYLI) before joining the Parachute Regiment, being assigned to the 7th (Light Infantry) Parachute Battalion as part of the British 6th Airborne Division.

On 6 June 1944, as a captain, he participated in Operation Tonga during the D-Day landings. Todd was among the first British officers to land in Normandy as part of Operation Overlord. His Battalion parachuted in after the initial glider-borne forces had landed with the objective of capturing the Pegasus Bridge near Caen. During the operation he met Major John Howard on the bridge, and organized the repelling of several German counterattacks.

Todd had appeared in the Dundee Repertory stage version of John Patrick's play The Hasty Heart, portraying the role of Yank and was subsequently chosen to appear in the 1948 London stage version of the play, this time in the leading role of Cpl. Lachlan McLachlan. This led to his being cast in that role in the Warner Bros. film adaptation of the play, which was filmed in Britain alongside Ronald Reagan and Patricia Neal. Todd was nominated for the Academy Award for Best Actor for the role in 1949. He was also voted favourite British male film star in Britain's National Film Awards. The film was the tenth most popular movie at the British box office in 1949.

Both Todd's marriages ended in divorce. His first was to Actress Catherine Grant-Bogle, whom he met in Dundee Repertory and was married to from 1949 until 1970; they had a son Peter (1952–2005) and a daughter Fiona. In 1960 he had a son Jeremy with model Patricia Nelson. He was married to model Virginia Mailer from 1970 until 1992; they had two sons, Andrew and Seamus (1977–1997). In retirement, Todd lived in the village of Little Ponton and later in Little Humby, 8 miles from Grantham, Lincolnshire.

Associated British put him in a drama, Portrait of Clare (1950), which did not perform particularly well at the box office. Neither did Flesh and Blood (1951), for London Films, in which Todd had a dual role. Director King Vidor offered Todd a lead in a Hollywood movie, Lightning Strikes Twice (1951). Far more popular was The Story of Robin Hood and His Merrie Men (1952), in which Todd played the title role for the Disney Corporation.

Associated British put him in another thriller, 24 Hours of a Woman's Life (1952), with Merle Oberon. The Rank Organisation borrowed him for a thriller, Venetian Bird (1952), directed by Ralph Thomas.

In 1953, he appeared in a BBC Television adaptation of the novel Wuthering Heights, as Heathcliff. Nigel Kneale, responsible for the adaptation, said the production came about purely because Todd had turned up at the BBC and told them that he would like to play Heathcliff for them. Kneale had to write the script in only a week as the broadcast was rushed into production.

20th Century Fox offered Todd another historical picture, The Virgin Queen (1955), playing Sir Walter Raleigh opposite Bette Davis' Queen Elizabeth I. It do not do as well as Peter.

In France he played Axel Fersen opposite Michele Morgan in Marie Antoinette Queen of France (1956), which was popular in France but not widely seen elsewhere. Fox cast him in a war film, D-Day the Sixth of June (1956), opposite Robert Taylor, which was a mild success.

Yangtse Incident: The Story of H.M.S. Amethyst (1957) was an attempt to repeat the success of The Dam Busters, with the same Director (Michael Anderson) and Todd playing another real life hero. It was popular in Britain but not on the scale of The Dam Busters. He was Dunois, Bastard of Orléans in Saint Joan (1957), directed by Otto Preminger.

Chase a Crooked Shadow (1958) was a thriller with Director Anderson for Associated British. Intent to Kill (1958) was another thriller, this time for Fox, with Betsy Drake. He returned to war films with Danger Within (1958), a POW story. Then there were more thrillers, with Never Let Go (1960), directed by John Guillermin and co-starring Peter Sellers in a rare dramatic role.

Todd was the first choice of author Ian Fleming to play James Bond in Dr. No, but a scheduling conflict gave the role to Sean Connery. In the 1960s, Todd unsuccessfully attempted to produce a film of Ian Fleming's The Diamond Smugglers and a television series based on true accounts of the Queen's Messengers. He was also announced for a proposed film about william Shakespeare.

Few of these films had been overly popular but Todd was still the top billed star of The Long and the Short and the Tall (1961), with Laurence Harvey and Richard Harris. He tried comedy with Don't Bother to Knock (1961), then made an adventure film in South Africa, The Hellions (1961).

The Boys (1962) was a courtroom drama film. He had a decent part among the many stars in The Longest Day (1962), Todd's biggest hit in a long time. The Very Edge (1963) was a thriller, then he played Harry Sanders in two films for Harry Alan Towers, Death Drums Along the River (1965) and Coast of Skeletons (1965). He also had a small role in Anderson's Operation Crossbow (1965).

In 1964 he was a member of the jury at the 14th Berlin International Film Festival.

In the 1970s, he gained new fans when he appeared as the reader for Radio Four's Morning Story. In the 1980s his distinctive voice was heard as narrator of the series Wings Over the World, a show about the history of aviation shown on Arts & Entertainment television. He appeared before the camera in the episode about the Lancaster bomber. Todd continued to act on television, including roles in Virtual murder, Silent Witness and in the Doctor Who story Kinda in 1982. In 1989 he appeared in the first episode of the sixth series of the television whodunit; Murder, She Wrote in which he played Colonel Alex Schofield in the episode entitled Appointment in Athens.

In his book British Film Character Actors (1982), Terence Pettigrew described Todd as 'an actor who made the most of what he had, which could be summed up as an inability to sit still while there was a horse to leap astride, a swollen river to swim or a tree to vanish into.'

Richard Todd was appointed an Officer of the Order of the British Empire in 1993.

Two of Todd's five children committed suicide. In 1997, Seamus Palethorpe-Todd shot himself in the head in the family home in Lincolnshire. An inquest determined that the suicide might have been a depressive reaction to the drug he was taking for severe acne. On 21 September 2005, Peter killed himself with a shotgun in East Malling, Kent, following marital difficulties.

His active acting career extended into his eighties, and he made several appearances in British shows such as Heartbeat and The Royal, his last appearance in Heartbeat being when he played Major Harold Beecham in the 2007 episode Seeds of Destruction.

Todd appeared at many Dambusters' anniversaries at Derwent Dam. His final appearance was in May 2008 with Les Munro (the last surviving pilot from the raid on the Ruhr dams).

Todd, who had been suffering from cancer, died at his home near Grantham, Lincolnshire on 3 December 2009. He is survived by his daughter Fiona and two of his four sons, Jeremy and Andrew. He was buried between his two sons Seamus and Peter at St. Guthlac's Church in Little Ponton, Lincolnshire, England. The epitaph reads – Richard Andrew Palethorpe Todd, 1919–2009, husband of Virginia and Kitty, loving Father of Peter, Fiona, Andrew, Seamus and Jeremy, exit Dashing young Blade – a reference to the description made by the Queen Mother of the actor.