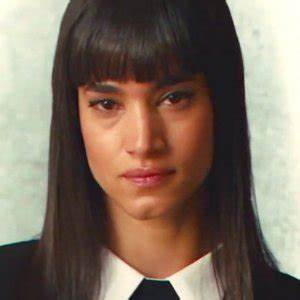 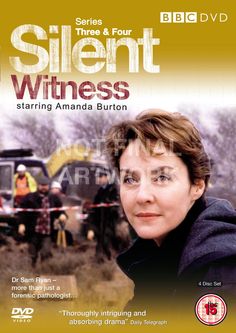 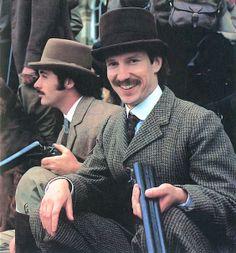 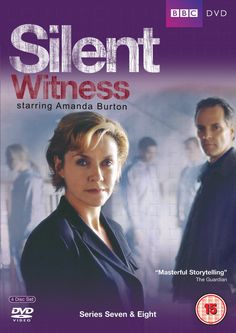 Howe was born in Albemarle Street, London, the second son of Emanuel Howe, 2nd Viscount Howe, who died as governor of Barbados in March 1735, and of Charlotte, a daughter of Baroness von Kielmansegg, afterwards Countess of Darlington, the half-sister of King George I.

After education at Eton College, Richard Howe entered the navy in the fourth-rate HMS Pearl in July 1739. He then transferred to the fourth-rate HMS Severn, one of the squadron sent into the south seas with Admiral George Anson in 1740. The Severn sailed to Cape Horn and then, after encountering storms, returned home in Spring 1742. Howe next served in the West Indies aboard the third-rate HMS Burford and was present when she was severely damaged in the unsuccessful attack on La Guaira in February 1743 during the War of the Austrian Succession. He transferred to the third-rate HMS Suffolk, flagship of Admiral Sir Charles Knowles, Commander-in-Chief in the West Indies, in March 1743 and then to the fifth-rate HMS Eltham in July 1743, before being promoted to midshipman on 8 October 1743 and returning to HMS Suffolk later that month. Promoted to lieutenant on 25 May 1744, he joined the bomb vessel HMS Comet and then transferred to the first-rate HMS Royal George, flagship of Admiral Edward Vernon, in August 1745.

Promoted to commander on 5 November 1745, Howe was commanding officer of the sloop HMS Baltimore in the North Sea during the Jacobite rising of 1745 and was severely wounded in the head while cooperating with a frigate in an engagement with two French privateers. Promoted to post-captain on 10 April 1746, he was given command of the sixth-rate HMS Triton and took part in convoy duties off Lisbon. He transferred to the command of the fourth-rate HMS Ripon in Summer 1747 and sailed to the West Indies before becoming Flag Captain to Admiral Sir Charles Knowles, Commander-in-Chief, Jamaica, in the third-rate HMS Cornwall in October 1748. He was given command of the fifth-rate HMS Glory off the coast of West Africa in March 1751 and then transferred to the command of the sixth-rate HMS Dolphin in the Mediterranean Fleet in June 1752.

In January 1755, Howe was given command of the fourth-rate HMS Dunkirk and was sent to North America as part of a squadron commanded by Admiral Edward Boscawen: his capture of the French Alcide was the first shot fired in the Seven Years' War. He was elected Member of Parliament for Dartmouth in May 1757 and became commanding officer of the third-rate HMS Magnanime in the Channel in July 1757. From then until the peace of 1763, he served in the Channel in various more or less futile expeditions against the French coast, gaining a reputation as a firm and skillful officer for his role in the series of naval descents on the French coast including the Raid on Rochefort in September 1757. Promoted to commodore, with his broad pennant in the third-rate HMS Essex, he took part in the Raid on St Malo in June 1758, the Battle of Saint Cast in September 1758 and the Raid on Cherbourg in August 1758. He was particularly noted for his conduct at Rochefort, where he had taken the Île-d'Aix, and was described by George Rodney as performing his duties "with such cool and steady resolution, as has most justly gained him the universal applause of army and navy".

On 10 March 1758 Howe married Mary Hartop; they had three daughters.

Howe was appointed to the Board of Admiralty led by John Montagu, 4th Earl of Sandwich as Senior Naval Lord in April 1763. He became Treasurer of the Navy in 1765 and, having been promoted to rear admiral on 18 October 1770, went on to be Commander-in-Chief, Mediterranean Fleet in November 1770. Promoted to vice admiral on 5 February 1776, he became Commander-in-Chief, North American Station later that month.

At the beginning of the American War of Independence, Howe was known to be sympathetic to the colonists. He had known Benjamin Franklin since late 1774 and was joined in a commission with his brother, General Sir william Howe, head of the land forces, to attempt a reconciliation.

The strategy of the British in North America was to deploy a combination of operations aimed at capturing major cities and a blockade of the coast. The British took Long Island in August 1776 and captured New York City in September 1776 in combined operations involving the army and the navy during the New York and New Jersey campaign. In 1777 Howe provided support to his brother's operation to capture Philadelphia, ferrying General Howe's army to a landing point from which they successfully marched and took the city. Howe spent much of the remainder of the year concentrating on capturing Forts Mifflin and Mercer which controlled entry to the Delaware River without which ships could not reach Philadelphia. News of the capture of a separate British army under General John Burgoyne threw British plans into disarray. Howe spent the winter in Newport, Rhode Island.

Three of Howe's ships, the sixth-rate HMS Sphynx, the converted merchantman HMS Vigilant and the row galley HMS Spitfire Galley, bombarded the American troops during the Battle of Rhode Island on 29 August. Howe then chased the remaining ships of the French fleet to Boston in Massachusetts where they made repairs. With no prospect of the French fleet coming out of port, Howe left his station in September 1778.

Declining to serve afterwards, Howe cited distrust of Lord North and a lack of support during his command in America. He was further embittered by the replacement of himself and his brother as peace commissioners, as well as by attacks in the press against him by ministerial Writers including the prominent American Loyalist Joseph Galloway. An inquiry in Parliament demanded by the Howe brothers to justify their conduct in America was held during 1779 but ended inconclusively. Howe spent much of the next three years with the opposition attacking the government's alleged mismanagement of the war at sea. The only exception was his support of a motion of thanks to Admiral George Rodney for his victory against the Spanish during the Moonlight Battle.

As Howe had joined the opposition in Parliament to North's government, it was clear that until it was replaced he would be unable to secure a fresh naval command. Despite the setback at Saratoga, and the entry of France, Spain and the Dutch Republic into the war, North's government continued to gain strength until October 1781 when a British army under Lord Cornwallis was forced to surrender to a combined Franco-American force at Yorktown. Although the government was able to continue for several more months its effective power had been sapped. In March 1782 the House of Commons passed a motion ending offensive actions against the American rebels, although the war around the rest of the globe continued with the same intensity. North's government then fell and was replaced by a weak coalition of Whigs led by the Marquess of Rockingham.

In September 1782, Howe carried out the relief of Gibraltar — a difficult operation, 46 French and Spanish ships-of-the-line against only 33 of his own. The exhausted state of the fleet made it impossible for Howe to fit his ships properly or supply them with good crews, and Howe's progress to Gibraltar was hampered by the need to escort a large convoy carrying stores. Howe successfully relieved Gibraltar and then fought an indecisive action at the Battle of Cape Spartel in October 1782 after which he was able to bring his fleet safely back to Britain, bringing an effective end to the naval campaign.

Howe became First Lord of the Admiralty in January 1783 during the Earl of Shelburne's ministry, resigning in April 1783 when the Duke of Portland came to power and being re-appointed in December 1783 under the Younger Pitt's first ministry. The task was often difficult, for he had to agree to extreme budgetary constraints and disappoint the hopes of many officers who were left unemployed by the peace. Nonetheless, during his time in office a number of new ships were built as part of a naval arms race with France and Spain. During his time at the Admiralty, Howe oversaw a number of innovations to signalling. Howe felt constantly undermined by Charles Middleton, the Comptroller of the Navy. Pitt often completely bypassed Howe on naval decisions and went directly to Middleton. By 1788 Howe grew tired of this and he resigned his post as First Lord despite efforts to persuade him to stay. To show their goodwill and approval of him, the government awarded Howe an Earldom on 22 July 1788.

In 1790 a dispute by Britain and Spain over the Nootka Sound on the Pacific coast of North America threatened to spark a war between the two states. Howe, as one of the most senior and experienced officers still serving, was offered command of the fleet in May 1790 and took up his post in Portsmouth in July 1790. Consisting of 35 ships-of-the-line the Channel Fleet put to sea and cruised for around a month to the west of Ushant before returning to port. The crisis was then settled peacefully by diplomats and Howe was able to return to his retirement on land. During a similar crisis with Russia in 1791 known as the Russian Armament Howe was not offered any command, probably because he was suffering from ill health.

Howe later commanded the victorious British fleet during the Glorious First of June in June 1794 during the French Revolutionary Wars.

Following the outbreak of the French Revolutionary Wars, Howe was again given command of the Channel Fleet in 1793. In command of a British fleet of twenty-two ships he defeated a fleet of twenty-five French ships, which had been escorting a grain convoy, capturing seven of the enemy ships, at the Glorious First of June in June 1794. For this victory he received the large Naval Gold Medal and chain. He was promoted to Admiral of the Fleet on 12 March 1796.

In May 1797, Howe was called on to pacify Spithead mutineers: he spent twelve hours being rowed round the fleet and speaking to the men following which peace was restored. For this he was appointed a Knight of the Order of the Garter on 2 June 1797. Howe died at his home at 11 Grafton Street in London on 5 August 1799 and was buried in his family vault at St Andrew's Church, Langar in Nottinghamshire. His monument by John Flaxman is in St Paul's Cathedral.