Richard Desmond was born on December 08, 1951 in London, United Kingdom, United Kingdom. Richard Desmond is a British media baron from a humble background. Raised by his secretary mother in a garage apartment- his parents divorced after dad gambled away the household finances--he quit school at 14 to become a drummer. A year later, he dressed up in his much older brother's suit to land a job selling newspaper ads over the phone. He started his first magazine, International Musician, at 22 with a $60,000 loan and his music connections. He turned his attention from notes to nudes -becoming Penthouse's U.K. licensee, later expanding to titles such as Asian Babes and Posh Housewives. After selling some of his portfolio, he invested $50 million into celebrity magazine OK!, and later took over mass-market publications The Daily Express and Daily Star. In 2014 he sold Channel 5 TV station to Viacom for some $700 million, more than four times what he paid for it. Desmond parted with his last assets in the adult entertainment business when he sold Portland Television in a management buyout deal in April 2016. in 2003, Desmond created the band RD Crusaders with Roger Daltrey from The Who and other musicians. In 2015, Desmond became a father (of his third child) and grandfather in the same year.
Richard Desmond is a member of Media 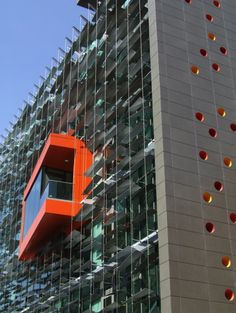 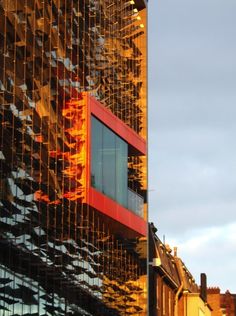 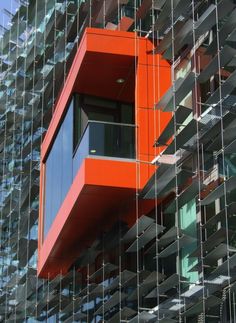 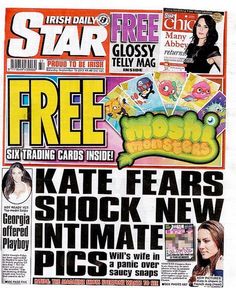 Desmond left school at 15 and started working in the Classified advertisements section of the Thomson Group, while playing the drums at gigs after a day's work. After moving to another company, he became sales Director of Beat Instrumental Magazine at 18. Desmond owned two record shops by the time he was 21. In the mid-1970s, Desmond combined his interest in music and advertising to found, with Ray Hammond, International Musician and Recording World, a monthly magazine for Musicians, eventually driving out of Business long-established publications such as Beat Instrumental.

In 1982, Northern & Shell began to publish the UK edition of Penthouse, although the licensing deal ended in the 1990s. The company soon moved on to publishing a range of adult titles, including Asian Babes, alongside about 40 other specialist publications, on subjects such as green issues, bicycles, fitness, stamps, cars and cooking. It was the first company to move to the revamped Docklands and the Princess Royal opened the offices, which were cleaned temporarily of all evidence of Penthouse. When the company moved to the Northern & Shell Tower, the Duke of Edinburgh presided over the ceremonies.

Claims of dealings with the New York mafia in the early 1990s emerged in a May 2001 article by John Sweeney of The Observer. Desmond had made a deal in 1991 with Norman Chanes for running advertisements in his adult titles for telephone sex lines run by Chanes mafia associate, Richard Martino of the Gambino crime family. The Village Voice newspaper asserted in February 2005 that the three men had a meeting in September 1992 at the Four Seasons hotel near Hyde Park in London at which Martino accused Desmond of charging high rates for advertisements in magazines which sold no copies. BBC News reported in 2004 that Desmond did not know the other two men were connected to organised crime, while a spokesman for Northern and Shell said in 2005 that Desmond had never met Martino or had dealings with him.

This deal reportedly left the Americans out of pocket, and an October 1992 incident in New York followed in which Desmond's then managing Director, Philip Bailey, was violently and sexually assaulted as an explicit threat to Desmond himself. "If your boss sets foot here, he's a dead man", one of the attackers told Bailey according to the article in the Village Voice. Desmond hired James Brown, a convicted Criminal, as his bodyguard. An associate of Brown's has claimed that bags containing £2 million were delivered to an Italian restaurant in Soho, London, to settle the issue with the Gambino crime family. Desmond has asserted that this account is false. Desmond continues to regularly visit New York having started OK! USA and grown Northern & Shell in North America since 2004.

Northern & Shell began publication of the Celebrity OK! magazine as a monthly in 1993, later becoming a weekly in March 1996. It is the largest weekly magazine in the world, with 23 separate editions from the US to Australia to Azerbaijan and with a readership in excess of 31 million. It was originally an imitation of Hello! magazine but now outsells its rival.

In November 2000, Northern & Shell acquired Express Newspapers from United News & Media for £125 million, enlarging the group to include the Daily and Sunday Express titles, the Daily Star and Daily Star Sunday (which Desmond started), and the Irish Daily Star (owned jointly with the Irish Independent News & Media group). The Daily and Sunday Express each sell around 700,000 copies per issue. The Daily Star was the only national paper to increase sales year on year with an 18% increase from September 2008 to September 2009 and circulation figures of around 850,000, largely due to aggressive pricing policies which significantly undercut competitors such as The Sun.

In 2003, Desmond and Roger Daltrey formed the RD Crusaders, a rock group featuring Desmond on drums, to raise money for charitable causes. Since its inception, the group has raised around £14 million via a series of fundraising concerts for charities including Marie Curie, the Teenage Cancer Trust, Norwood Child Care and the Evelina Children's Hospital. As well as Daltrey and Desmond, the line-up occasionally includes Robert Plant, Lulu, Steve Harley, guitarists Russ Ballard (of Argent) and Rick Wills (of Foreigner and Bad Company), keyboardist Steve Smith and organist Zoot Money.

In April 2004, the Daily Express reverted to supporting the Conservatives, after a period backing Labour. On the same day, Desmond accused The Daily Telegraph, (with which he was a joint venture partner in the West Ferry newspaper printing plant) then considering accepting a takeover by the German Axel Springer group, of giving in to Nazis. Desmond reportedly harangued The Daily Telegraph's chief executive and associates in faux German at a Business meeting and imitated Adolf Hitler. This incident was described as a form of institutionalised racism prevalent among newspaper proprietors. Previously, in August 2001, the National Union of Journalists' chapel at the Express & Star also condemned Desmond for the newspaper's "hysterical and racist" campaign against asylum seekers; this campaign was also criticised by Yasmin Alibhai-Brown, writing for The Independent in June 2002.

In August 2005, the former executive Editor of the Daily Express Ted Young made an out-of-court settlement with Desmond's company ahead of an industrial tribunal. This related to an incident with Desmond in the newsroom in September 2004, during which Desmond was said to have hit the Journalist. Desmond has repeatedly denied the claims.

Desmond, an active supporter of children's charities, became President of Norwood in 2006. Norwood is a leading UK Jewish charity, supporting vulnerable children, families and people with learning disabilities. He also ensured the attachment of his name to a children's centre at Moorfields Eye Hospital, by contributing £2.5m to the £15m project. The centre is the world's largest specialist paediatric eye clinic, a centre treating more than 25,000 children a year. The centre was officially inaugurated in 2007 by Queen Elizabeth II.

Litigation began at the High Court on 6 July 2009 over claims in Journalist Tom Bower's joint biography of Conrad Black and Barbara Amiel, Conrad and Lady Black: Dancing on the Edge, that Desmond had made a "humiliating climbdown" over an Express story at the end of 2002 on the state of Lord Black's finances, which it was alleged Desmond had ordered to be written.

Desmond and Janet Robertson were married for 27 years; the couple have a son, Robert. In October 2010, Janet filed for divorce on the grounds of his "unreasonable behaviour" and was granted a decree nisi from the court.

Desmond's company, Northern and Shell, launched the Health Lottery in October 2011 of which around 20% of turnover goes to charity. The grants, distributed by the People's Health Trust (PHT), help many good causes and the elderly in local communities across the UK. By March 2018, The Health Lottery has raised nearly £100m for charities around the United Kingdom . It supports local health causes throughout England, Scotland and Wales. The Health Lottery was to return 20.34p per £1 lottery ticket to good causes, which was compared unfavourably with the National Lottery donating 28p per £1 ticket. Sir Stephen Bubb, then Chief Executive of the Association of Chief Executives of Voluntary Organisations, accused Desmond of "profiteering on the back of charities". In December 2017, Sir Henry Bellingham, MP, North West Norfolk, led a debate in Westminster Hall with members of Parliament representing 5 parties from across the United Kingdom on the ‘Future of Society Lotteries, the Health Lottery and limits on prize values’. The debate concluded that the much-needed changes to the prize limits of these lotteries - to £1m - would receive widespread support - not just from the Government benches but from the entire House - if they were to be made by the Department for Digital, Culture, Media and Sport.

He married Joy Canfield, a former manager for British Airways, in 2012. The couple have two children; daughter Angel Millie (born 2011) and a son, Valentine (born 2015).

He was an early pioneer of the international licensing of magazines: International Musician soon had editions in the US, Australia, Japan, Germany as well as the UK. This was followed by the publication of Home Organist, whose Editor contributed the old-school motto Forti Nihil Difficile ("Nothing is difficult for the strong" – it was Disraeli's motto), still used by the Northern & Shell publishing group. Desmond eventually bought out Hammond.

In December 2014, during the run up the 2015 general election, Desmond was reported to have agreed to donate £300,000 to the UK Independence Party. There was speculation at the time that a further donation could follow, and in April 2015 it was announced that he had given an additional £1 million to the party.

The tycoon's autobiography, The Real Deal: The Autobiography of Britain's Most Controversial Media Mogul, was published in June 2015 by Random House. It was ghost-written by Sunday Express Editor Martin Townsend. He also provided his voice for the audiobook version. The autobiography received a five-star review in the Desmond-owned Daily Express.

In an article in the Financial Times on 12 November, Desmond announced his intention to bid for the National Lottery license when it comes up for renewal in 2019.