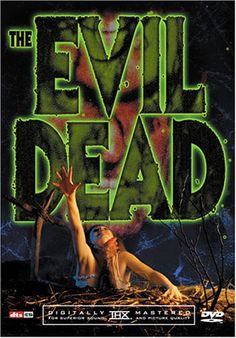 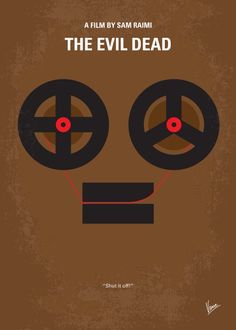 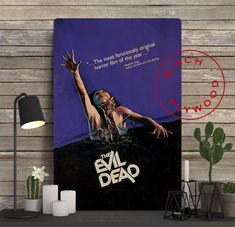 Filmcritic.com's Christopher Null gave the film the same rating as Glanville, writing that "Raimi's biggest grossout is schlock horror done the right way" and comparing it to Romero's Night of the Living Dead in its ability to create stark atmosphere. Chicago Reader Writer Pat Graham commented that the film featured several "clever" turns on the standard horror formula, adding that Raimi's "anything-for-an-effect enthusiasm pays off in lots of formally inventive bits." The make-up effects in one of the final scenes was called "amazing" by Time Out critic Stephen Garrett, who commented that although the film was light on character development, the "relentless" barrage of violent imagery made for an entertaining film. The same site later cited the film as the 41st greatest horror movie ever made. Phelim O'Neill of The Guardian combined The Evil Dead and its sequel Evil Dead II and listed them as the 23rd best horror film ever made, announcing that the former film "stands above its mostly forgotten peers in the 80s horror boom." Complex Magazine composed a list of the twenty-five best horror movies available on Netflix, listing The Evil Dead at No. 21. Don Summer, in his book Horror Movie Freak, and Writer Kate Egan have both cited the film as a horror classic.

On the last few days on set, the conditions had become so poor that the crew began burning furniture to stay warm. Since only exterior shots needed to be filmed at that point, they burned nearly every piece of furniture left. Several actors went days without showering, and because of the freezing conditions, several caught colds and other illnesses. Campbell later described the filming process as nearly "twelve weeks of mirthless exercise in agony", though he allowed that he did manage to have fun while on set. On January 23, 1980, filming was finished and almost every crew member left the set to return home, with Campbell staying with Raimi. While looking over the footage that had been shot, Raimi discovered that a few pick-ups were required to fill in missing shots. Four days of re-shoots were then done to complete the film. The final moment involved Campbell having "monster-guts" splattered on him in the basement.

The Evil Dead is a 1981 American supernatural horror film written and directed by Sam Raimi and executive produced by Raimi and Bruce Campbell, who also stars alongside Ellen Sandweiss and Betsy Baker. The film focuses on five college students vacationing in an isolated cabin in a remote wooded area. After they find an audiotape that releases a legion of demons and spirits, members of the group suffer from demonic possession, leading to increasingly gory mayhem. Raimi and the cast produced the short film Within the Woods as a "prototype" to build the interest of potential Investors, which secured Raimi US$90,000 to produce The Evil Dead. The film was shot on location in a remote cabin located in Morristown, Tennessee, in a difficult filming process that proved extremely uncomfortable for the cast and crew.

Upon its release, contemporary critical opinion was largely positive. Bob Martin, Editor of Fangoria, reviewed the film before its formal premiere and proclaimed that it "might be the exception to the usual run of low-budget horror films". The Los Angeles Times called the film an "instant classic", proclaiming it as "probably the grisliest well-made movie ever." In a 1982 review, staff from the trade magazine Variety wrote that the film "emerges as the ne plus ultra of low-budget gore and shock effect", commenting that the "powerful" and inventive camerawork was key to creating a sense of dread.

The first VHS release of The Evil Dead was by Thorn EMI in 1983, and Thorn's successor company HBO (Time Warner) / Cannon (MGM) Video later repackaged the film. Congress Video, a company notable for public domain films, issued their version in 1989.

The Evil Dead has spawned a media empire. A video game adaptation of the same name was for the Commodore 64 in 1984, as was a trilogy of survival horror games in the 1990s and early 2000s: Evil Dead: Hail to the King, Evil Dead: A Fistful of Boomstick and Evil Dead: Regeneration. Ted Raimi did voices for the trilogy, and Campbell returned as the voice of Ash. The character Ash became the main character of a comic book franchise. Ash has fought both Freddy Krueger and Jason Voorhees in the Freddy vs. Jason vs. Ash series, Herbert West in Army of Darkness vs. Re-Animator, zombie versions of the Marvel Comics superhero team Avengers in Marvel Zombies vs. The Army of Darkness, and has even saved the life of a fictional Barack Obama in Army of Darkness: Ash Saves Obama. In January 2008, Dark Horse Comics began releasing a four-part monthly comic book mini-series, written by Mark Verheiden and drawn by John Bolton, based on The Evil Dead.

Evil Dead II was filmed and released in 1987, and was also a box-office success. A second, and currently final, sequel was released in 1993, Army of Darkness. Campbell returned as the lead character Ash Williams in both films. At that time, Raimi had become a successful Director, attracting Hollywood's interest. His 1990 superhero film Darkman was another box-office success, which led to an increased budget for Army of Darkness. Army of Darkness had 22.8 times the budget of the original Evil Dead, though it was not considered to be a box-office success like its two predecessors. Evil Dead II received general acclaim from critics and is often considered to be better than the original, and Army of Darkness received mostly positive reviews. The series has often attracted attention because each sequel featured more comedic qualities than the last, progressing into "weirder" territory with each film.

The resurgence of The Evil Dead in the home-video market came through two companies that restored the film from its negatives and issued special editions in 1998: Anchor Bay Entertainment on VHS, and Elite Entertainment on laserdisc. Anchor Bay was responsible for the film's first DVD release in 1999, and between them, Elite and Anchor Bay have released six different DVD versions of The Evil Dead, most notably a 2002 "Book Of The Dead" edition, packaged in a latex replica of the Necronomicon sculpted by Tom Sullivan. The film's high-definition debut was in a 2010 Blu-ray.

In addition, the film has inspired a stage musical, Evil Dead: The Musical, which was produced with the permission of Raimi and Campbell. The musical has run on and off since its inception in 2003. A remake of the film was released in 2013, directed by Fede Alvarez and produced by Raimi and Campbell. It features Actress Jane Levy as the main character, with Ash not appearing. Campbell does make a brief, uncredited cameo appearance at the end of the film in a short post-credits scene.

The Evil Dead and its sequels have become one of the largest cult film trilogies in history. David Lavery, in his book The Essential Cult TV Reader, surmised that Campbell's "career is a practical guide to becoming a cult idol". The film launched the careers of Raimi and Campbell, who have since collaborated frequently. Raimi has worked with Campbell in virtually all of his films since, and Campbell has appeared in cameo roles in all three of Raimi's Spider-Man films, (as well as a very brief appearance at the end of Darkman), which have become some of the highest-grossing films in history. Though it has often been considered an odd choice for Raimi—a Director known for his violent horror films—to direct a family-friendly franchise, the hiring was mostly inspired by Raimi's passion for comic books as a kid. Raimi returned to the horror-comedy genre in 2009 with Drag Me to Hell.

In 2015, an ongoing television continuation of the films called Ash vs Evil Dead premiered on the Starz Network. The first episode was directed by Raimi, and Campbell is reprising his role as Ash. The series is being produced by Renaissance, and follows an older Ash as he encounters more spirits and demons from the Necronomicon.