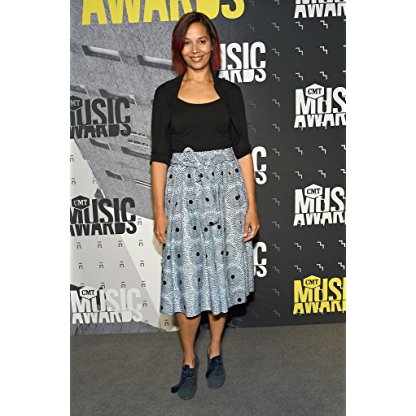 In 2005, Giddens, who at that time was spending time competing in Scottish music competitions, attended the Black Banjo Then and Now Gathering, in Boone, North Carolina. There she met Dom Flemons and Sule Greg Wilson. The three started playing together professionally as a "postmodern string band", Sankofa Strings. During that same time period, Giddens was also a regular caller at local Contra dances and featured in a Celtic music band called Gaelwynd. Later in 2005, after both Gaelwynd and Sankofa Strings had released CD albums, Giddens and Flemons teamed up with other Musicians and expanded the Sankofa Strings sound into what was to become the Grammy winning Carolina Chocolate Drops.

Giddens is biracial in ancestry. She married Irish musician Michael Laffan in 2007. The couple have a daughter, Aoife, and a son, Caoimhín. Giddens has homes in Greensboro, North Carolina, and Limerick, Ireland.

Performing as a Soprano, Giddens and mezzo-soprano Cheryse McLeod Lewis formed a duo called Eleganza to release a CD in 2009. Because I Knew You... consists of classical, religious, theater, and movie music. Giddens and Lewis were middle school classmates who reconnected after college while working in the same office. The friends started singing together in 2003, but did not begin recording until 2008.

In 2013 Giddens began pushing further into her solo career. Giddens participated in "Another Day, Another Time", a concert inspired by the Coen brothers film Inside Llewyn Davis. Many critics have stated that Giddens had the best performance at what was called "the concert of the year". Late in 2013, Giddens contributed the standout a cappella track "We Rise" to the LP We Are Not For Sale: Songs of Protest by the NC Music Love Army – a collective of Activist Musicians from North Carolina founded by Jon Lindsay and Caitlin Cary. Giddens' protest song joins contributions from many other Carolina musical luminaries on the Lindsay-produced compilation (11/26/13 via Redeye Distribution), which was created to support the NC NAACP and the Moral Monday movement.

In early 2014 Giddens recorded for Lost on the River: The New Basement Tapes alongside Elvis Costello, Marcus Mumford, Taylor Goldsmith and Jim James. The album was produced by T-Bone Burnett and is a compilation of partial, unreleased lyrics written by Bob Dylan.

Rhiannon appeared on Jools Holland's Hootenanny on December 31, 2015, shown on BBC Two. She performed songs from her 2015 album Tomorrow Is My Turn, including Waterboy and a cover of St James Infirmary Blues with Tom Jones.

She was selected to take part in Transatlantic Sessions in January 2016. This collaboration between American and Celtic Musicians is a coveted honor. The ensemble performed as part of Celtic Connections in Glasgow, and a short UK/Irish tour. Her performances on the tour included the stirring tribute to David Bowie "It Ain't Easy". Later in the year, Giddens became the first American to be honoured as Folk Singer of the Year at the BBC Radio 2 Folk Awards. Later in the year, it was also announced that she would be receiving the prestigious Steve Martin Prize for Excellence in Banjo and Bluegrass. Winning this award makes Giddens both the only woman and the only person of color to receive the prize in its 6-year history. In 2016, it was also announced that Giddens and the Carolina Chocolate Drops would be inducted into the North Carolina Music Hall of Fame.

In 2017 and 2018, she appeared in the fifth and sixth seasons of the CMT's Nashville as Hannah Lee "Hallie" Jordan, a social worker with the voice of an angel. Hallie is a significant character in Juliette's storyline. To date, Giddens has appeared in 10 episodes and has performed several songs that have been made available following each episode.

The Nashville Ballet announced in 2018 that Rhiannon Giddens has been commissioned to write the music for Lucy Negro, Redux, a new dance choreographed by artistic Director, Paul Vasterling. Based on the book of the same name by Caroline Randall Williams, the ballet is scheduled to premiere in February 2019. 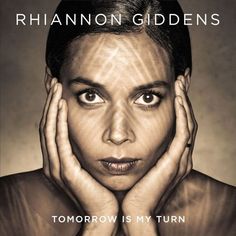