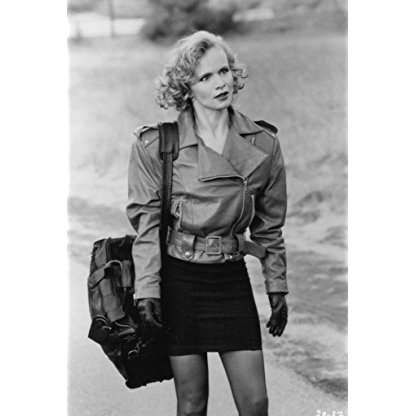 A former Gymnast, Soutendijk made her television debut in the Dutch television series Dagboek van een herdershond (1979–1980). She began her film career playing sexy blonde heroines in the Paul Verhoeven-directed cult films Spetters (1980) and The Fourth Man (1983). Spetters established her as a sex symbol; the movie and its star attracted attention in the United States as well, and The New York Times saw her "stylish performance" of a "compelling character" as a focal point of the movie. In the early 1980s, Soutendijk, Monique van de Ven, and Willeke van Ammelrooy were the three best-known actresses in Dutch cinema, and most movies featured one of the three. The movie that marked her breakthrough as an Actress in a major role, though, is considered to be The Girl with the Red Hair (1981), in which she played Dutch resistance fighter Hannie Schaft. From 1981 to 1989 she played in Zeg 'ns Aaa, one of the longest-running and most popular Dutch sitcoms.

Soutendijk's first English-language role was as Eva Braun in the made-for-TV movie Inside the Third Reich. Her subsequent TV movie roles included Anna Mons in Peter the Great (1986) and Mrs. Simon Wiesenthal in Murderers Among Us (1989). She sought a career in Hollywood and lived in the United States for a year and a half, taking her six-year-old daughter Caro with her but leaving her husband in Amsterdam. She played opposite Academy-award nominee Chris Sarandon in the Holocaust-themed movie Forced March (1989), and the title character in Eve of Destruction (1991). According to Soutendijk, she was screen tested when other American actresses were reluctant to take on such an action-packed role; producers were reluctant to hire a relatively unknown Actress "with an unpronounceable surname", so Director Duncan Gibbons had to Finance her himself. But she returned to the Netherlands, unhappy with the prospects offered her (a seven-year contract for a Star Trek series, she later said) and with the strain it placed on her marriage.

In the late 1990s, after another Dutch film (De Flat) flopped, she took a break from Dutch cinema and played in German television movies (and series, including Tatort) in which, she said, she was rarely typecast and played more interesting characters. Dial 9 and Met grote blijdschap (With Great Joy), which were both released in 2001, marked her return to the Dutch movie-screen after a four-year absence. Since 2001, Soutendijk played roles in television shows and as a stage Actress, playing for instance Queen Juliana (2006) and a woman dying of cancer in Margaret Edson's Wit (2010). In 2011, Soutendijk was given the Rembrandt Award for her body of work. That same year, news came that Soutendijk was to star in a television series for RTL 4, Moordvrouw, a police drama.