Ray Bitar net worth: Ray Bitar is an American gaming CEo who has a net worth of $40 million. Ray Bitar is the CEO of Tiltware and one of the original founders of the online poker gambling site, Full Tilt Poker.
Ray Bitar is a member of CEOs 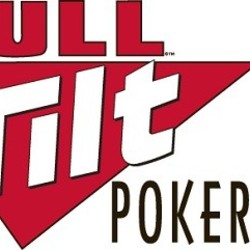 He founded Full Tilt Poker with Chris Ferguson and Howard Lederer, who are both famous American poker players. Ray was formally a equities trader in Los Angeles, where Chris Ferguson was one of his clients.

Ferguson introduced Bitar to Howard Lederer and several other partners to launch their Full Tilt Poker project in June 2004. Bitar became the CEO of Tiltware and Full Tilt Poker and continued to run the company out of Ireland. Eventually Ray Bitar, Tiltware, Full Tilt Poker and his associates became embroiled in legal battles with federal prosecutors from the Untied States over money laundering charges and accusations of operating a ponzi scheme. In April 2013, Bitar reported reached a plea agreement with the federal government that will allow him to retain a large portion of his assets including a lavish mansion in California.