Randolph Lerner was born on February 21, 1962 in Cleveland, Ohio, United States. Randy Lerner is the former owner of the Cleveland Browns and the English Premier League's Aston Villa Football Club. His father, Al (d. 2002), worked as a furniture salesman, invested his earnings in Cleveland-area real estate, and then made a fortune in finance. Al bought control of Equitable Bancorp in 1981, merged it with Maryland National in 1989, and spun off credit card giant MBNA in 1991. After his death, the family combined MBNA with Bank of America to create a $35 billion credit card and banking behemoth. In 1998, the Lerners bought the Cleveland Browns for $530 million before selling for nearly twice as much in August 2012. Randy Lerner's investment in Aston Villa, however, was considerably less successful - costing him hundreds of millions of dollars by the time of the club's sale in 2016.
Randolph Lerner is a member of Finance and Investments 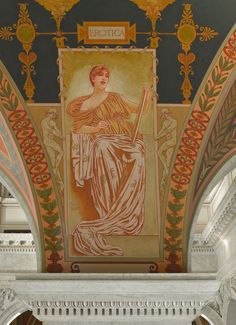 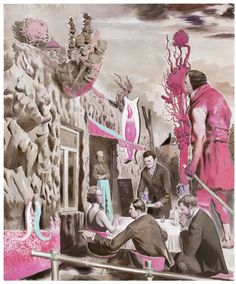 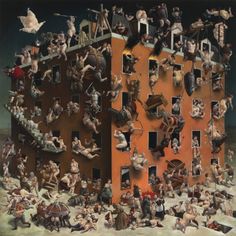 Lerner began working as an investment analyst at automobile insurers Progressive Corporation. In 1991, he started an independent investment firm with Progressive capital called Securities Advisors, Inc. (SAI), which he owned and managed until 2001. SAI initially specialized in arbitrage before shifting its focus to equity investing.

Lerner has supported the UK's National Portrait Gallery since 2002. In January 2008, it was announced that Lerner had donated GB£ 5 million to the gallery, the largest single donation it has ever received. In recognition, the ground floor galleries were named "The Lerner Galleries".

By the time that the deadline passed in September 2006, Lerner had secured the acceptance of 89.69% of the shareholders. Due to the acceptance only being 0.31% below the conditional limit, Lerner accepted it and made the bid unconditional. On September 19, 2006 Aston Villa PLC executive chairman Doug Ellis and his board resigned, and were replaced by Randy Lerner as chairman with General Charles C. Krulak, Bob Kain and Michael Martin serving as non-executive Directors. At the close of the deal in 2006, Lerner became only the second American owner of a Premiership club.

Lerner has a house in Amagansett, New York where he owns the Community Square shopping complex. The Wall Street Journal reported that, between 2007 and 2011, Cleveland Browns Transportation was the most frequent flyer in and out of East Hampton Airport.

For the 2008/2009 and 2009/2010 seasons, Aston Villa forwent traditional shirt sponsorship by instead wearing on their shirts the name of a local children's hospice, Acorns. For the 2010/2011 season, this sponsor was replaced by corporate sponsor FxPro, but the club continued to promote Acorns on all children's kits as the club's official charity partner.

In June 2011, Lerner appointed manager Alex McLeish, who was previously working from local rivals Birmingham City. McLeish's contract was terminated at the end of the 2011–12 season after Villa finished in 16th place, just above the relegation zone. On 2 July 2012, Aston Villa confirmed the appointment of former Norwich City manager Paul Lambert.

Lambert was sacked on 11 February 2015 and replaced by Tim Sherwood, who saved Villa from relegation in the 2014/15 season and took them to the 2015 FA Cup Final. Sherwood was sacked on 15 October 2015, after six consecutive league losses, with Kevin MacDonald taking over as interim manager. On 2 November 2015, Frenchman Rémi Garde agreed a three-and-a-half year deal to become the manager and was sacked after 147 days.

In May 2016, Lerner sold Aston Villa to Chinese businessman Tony Xia and his Recon Group following Villa's relegation to the Football League Championship. Many Aston Villa supporters, legends and former players put the blame solely on Lerner for being inactive and failing to invest significantly since the departure of manager Martin O'Neill in 2010 and also selling their best players.