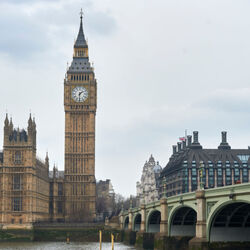 In 2005 he was appointed as President of the Ethnic Diversity Council. In addition, he has held positions on many prominent institutions. Also, he has done extensive work with many cultural, educational and charitable organizations. In 2012 he hit the headlines when his name appeared on the list of business supporters that raised money for the Conservative Party. Even today, he is considered as one of the biggest contributors and supporters of the Conservatives. He is also known as the man who formed the BACL – British Asian conservative Link. He stated that the goal was to encourage ethnic minorities, especially from Asia to actively take part of Britain's political happenings. As a result of that many Asians came forward to offer their services as candidates for parliament and council.

Many analysts consider that the forming of BACL was a turning point on the political scene in the UK. They also emphasize the role that Suri played in that process. Aside from his successful political career Ranbir Suri is a successful businessman. Together with his family he owns "Oceanic Jewelers". The company is formed in 1976 and is considered as a leading UK company in the fashion business. Ranbir occupies the position of chairman. The company is based in London and it is considered to be worth around £15m. However, that's the estimate for the company; the Suri family is considered to have net assets of £34m. He is the receiver of numerous awards and honors. His contribution and positive impact on society have established him as one of the pillars of the Sikh community in the UK.