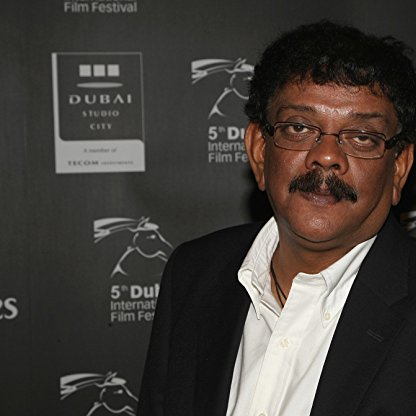 Priyadarshan has won awards both from the State and Central government for his movies. His offbeat film Kanchivaram was adjudged the best feature film at the 2007 National Film Awards. He made a period epic film titled Kaalapani, in Malayalam, which told the story of freedom fighters in the jail at Andaman and Nicobar Islands; it starred Mohanlal, Tabu, Prabhu Ganesan and Amrish Puri, and received four National Film Awards, including awards for Santosh Sivan (cinematography) and Sabu Cyril (art direction). The film was dubbed and released in other languages such as Tamil, Telugu and Hindi.

Born in Trivandrum, Kerala, India on 30 January 1957 as the son of Soman Nair and Rajamma. His house was in Thycaud, Trivandrum. Priyadarshan received his education at Government Model School, Trivandrum and obtained a Master of Arts in Philosophy from University College Trivandrum. His father was a college librarian, it helped Priyadarshan to develop interest in books. He was a voracious reader during his teenage years, and during his study in college he started writing short plays and skits for All India Radio. He was influenced by the films of Director P. Venu. His friends in those days included Mohanlal, M. G. Sreekumar, Suresh Kumar, Sanal Kumar, Jagadish, Maniyanpilla Raju and Ashok Kumar. It was then that Mohanlal entered in films. His friends followed him to Chennai, looking for a chance in films. Priyadarshan, with the help of Mohanlal, got a few chances to work as an assistant scriptwriter in a couple of films and started writing scripts, with some turning into success. Eventually, he had to come back to Kerala.

In 1984, Priyadarshan, along with his close friends Suresh Kumar and Sanal Kumar, decided to produce a film as Shankar, the saleable hero, helped them in arranging Finance from Thiruvenkadam, a top film financier. Mohanlal, who was by then a popular star, was selected as the parallel hero along with Shankar. Thus in 1984, Priyadarshan made his debut as Director with Poochakkoru Mookkuthi, which was a surprise hit. A slapstick comedy film shot on a low budget, it completed a successful run of 100 days in Kerala theatres.

1988 was a landmark year in Priyadarshan's career. He directed Vellanakalude Nadu, based on a script by Sreenivasan, with Mohanlal in the lead role. This film revolved around corruption, land mafia and other social issues. This film ended up becoming the biggest hit in Priyadarshan's career to that point. Then came Aryan, an action film based on the Mumbai underworld, which completed 150 days in theatres. Chithram, Priyadarshan's all-time biggest hit, was also released in 1988. Chithram completed 366 days in theatres and created new records in collections, until they were broken by his own film, Kilukkam in 1991. Oru Muthassi Katha and Mukunthetta Sumitra Vilikkunnu completed his 5 releases of 1988. However, he couldn't deliver hits in 1990 with Kadathanadan Ambadi and Akkareyakkareyakkare. In the year 1991, Priyadarshan brought out Kilukkam with Mohanlal, Jagathi Sreekumar and Revathi in lead roles. Kilukkam broke several collection records and is still considered one of the best films from the Priyadarshan-Mohanlal team. His next three films, Abhimanyu (1991), Advaitham (1992), and Thenmavin Kombathu (1994) successfully completed 100 days in theatres. Both Midhunam (1993) and Minnaram (1994) were able to make good response in cinemas. Meanwhile, Priyadarshan was invited by Shri. M. Karunanidhi to direct a film for his son's production house. Priyadarshan thus made his Tamil debut with Gopura Vasalile . In 1991 he also made a Telugu film Nirnayam when Nagarjuna approached him to remake his Malayalam film Vandanam in Telugu. In the year 1992, Priyadarshan made his debut in Bollywood with Muskurahat, again remake of his own Malayalam film Kilukkam which ended up as a disastrous flop. In 1993, he made a comeback in Hindi with Gardish, an adaptation of the Malayalam film Kireedom, written by A. K. Lohithadas. Priyadarshan successfully added ingredients required for Hindi audiences and the film was a huge hit, opening the doors of Bollywood to him. In 1994, Priyadarshan directed his second and last Telugu film till date, Gandeevam, starring Balakrishna. He was also assigned the direction of the Miss World 1996 event that was held in Banglore, which made him a known face around the country. In 1996, Priyadarshan came up with his dream project, Kalapani, an epic period film based on Indian struggle for Independence. With Mohanlal, Tabu, Prabhu Ganesan and Amrish Puri in main roles and outstanding music by Ilaiyaraja, Kalapani took Priyadarshan's career path to new heights. This film, which was originally filmed in Malayalam, was also dubbed and released in Tamil, Telugu and Hindi simultaneously. Kalapani brought him several awards for the first time in his career. In 1997, Priyadarshan directed two films, Chandralekha in Malayalam and Virasat a Hindi adaptation of Bharathan's Tamil film Thevar Magan, both super hits. The success of Virasat made Priyadarshan a household name in Hindi cinema.

Priyadarshan fell in love with popular Actress Lissy and married her on 13 December 1990. After marriage, Lissy gave up acting and adopted the name Lakshmi for religious reasons. After the birth of their son, Lissy converted to Hindu religion from Arya Samaj. Their daughter Kalyani studied in New York City and son Siddharth studied in San Francisco. The couple got divorced in 2014.

In the year 1998, Priyadarshan directed three films, Saat Rang Ke Sapne, remake of his own Thenmavin Kombathu, then Doli Saja Ke Rakhna, with story adapted from Fazil's Aniyathi Pravu and Kabhi na Kabhi, but all three bombed at the box office. Priyadarshan joined with Mammooty after a long gap in 1999 for Megham. During this period Priyadarshan received a couple of offers from Chiranjeevi and Nagarjuna, actors of Telugu industry to direct them; but declined them and moved on to his next Hindi project. In 1999, Hera Pheri was released in Hindi, which for once and all changed the destiny of Priyadarshan in Bollywood. Hera Pheri, an adaptation of the Malayalam film Ramjirao Speaking (1989), was a huge hit at the box office. Starring Akshay Kumar,Sunil Shetty, Tabu and Paresh Rawal, this film is now considered a landmark in the history of Hindi cinema. The film also gave birth to the Priyadarshan-Akshay Kumar team, which in later years produced several hits. After Hera Pheri, Paresh Rawal became another regular face in Priyadarshan films. This film was followed by a series of films in Hindi including Yeh Teraa Ghar Yeh Meraa Ghar, Hungama, Hulchul, Garam Masala, and Kyon Ki. In the year 2000, Priyadarshan directed the Malayalam-Tamil bilingual Raakilipattu (Snegithiye in Tamil) starring Tabu and Jyothika, with story adapted from the Marathi film Bindhaast, an experimental film with all female characters, which was critically well received. The original plan was to release both versions simultaneously, but due to unknown reasons the Malayalam version was delayed and the Tamil version released first. The Malayalam as well as the dubbed Hindi version, Friendship, released only seven years later in 2007. Priyadarshan's English language epic period film titled The Last Revolutionary produced by 20th Century Fox, based on the life of Indian freedom fighter Chandrasekhar Azad was supposed begin filming in 2001, but the project was shelved due to unknown reasons. During this period, Tamil actor Kamal Haasan was working on his ambitious film, Anbe Sivam. After finishing the script, Kamal Haasan approached Priyadarshan to direct the film. The pre-production commenced; but after some differences of opinion between the Director and the actor; Priyadarshan opted out from the project before the first schedule. This sudden setback led to the whole crew to run out of their schedules. Hence, the producers after convincing Kamal Haasan, quickly roped in Sundar.C to direct the film. Priyadarshan's two films in Malayalam, Kilichundan Mampazham and Vettom released in 2003 and 2004 respectively, were commercial disappointments, which made him concentrate more in Bollywood. But at the same time, in Hindi, Priyadarshan continued his successful run with Chup Chup Ke, Bhagam Bhag, Malamaal Weekly, Dhol, Bhool Bhulaiyaa, De Dana Dan and Mere Baap Pehle Aap. But his subsequent films Billu, Bumm Bumm Bole, Khatta Meeta, Aakrosh and Tezz failed to live up to the expectations. His most recent release Rangrezz also failed at the box-office. In the meantime, Priyadarshan stunned everyone with Kanchivaram, an offbeat film that revolved around the weavers in Kanchipuram. Prakash Raj, who played the central character, won the National Film Award for Best Actor in 2008. Kanchivaram also won accolades at several film festivals.

Priyadarshan has won awards both from the State and Central government for his movies. His offbeat film Kanchivaram was adjudged the best feature film at the 2007 National Film Awards. He made a period epic film titled Kaalapani, in Malayalam, which told the story of freedom fighters in the jail at Andaman and Nicobar Islands; it starred Mohanlal, Tabu, Prabhu Ganesan and Amrish Puri, and received four National Film Awards, including awards for Santosh Sivan (cinematography) and Sabu Cyril (art direction). The film was dubbed and released in other languages such as Tamil, Telugu and Hindi.

Priyadarshan returned to Malayalam films directing the Mohanlal starrer, Arabeem Ottakom P. Madhavan Nayarum in Oru Marubhoomikkadha. The 2013 film Geethaanjali starring Mohanlal as Dr. Sunny Joseph, and the 2014 film Aamayum Muyalum did not do well at the box-office.

In late 2015, Priyadarshan announced a crime thriller film in Malayalam, with Mohanlal in the lead role as a fat version of Daredevil. The production was confirmed and the title Oppam was announced in December 2015. The Director started working on the film ahead of another big-budget film starring Mohanlal, which was delayed due to unfavourable weather in Russia, where the film was supposed to be shot. The screenplay and dialogues are written by Priyadarshan himself which is based on the story by debutant Writer Govind Vijayan. The film released to positive reviews and emerged as a blockbuster, beating several records and becoming the highest grossing Malayalam film of the year within 16 days of release. 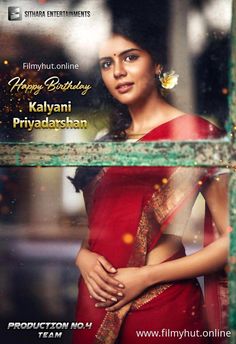 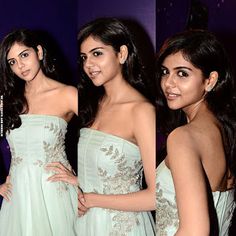 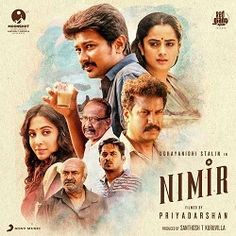