Pope Gregory VII was born on 1020 in Sovana, Italian, is Religious Leader. Pope Gregory VII was the pope from 1073 to 1085. Counted amongst the greatest of medieval popes, he was beatified by Pope Gregory XIII in 1584 and canonized in 1728 by Pope Benedict XIII. He is best remembered for the part he played in the Investiture Controversy and the reforms he proposed which later became known as the Gregorian Reforms. Following his dispute with Henry IV, Holy Roman Emperor, he was successful in deposing Henry, becoming the first pope to depose a crowned ruler. This revolutionary act affirmed the primacy of papal authority and led to the establishment of the new canon law governing the election of the pope by the College of Cardinals. Born as Hildebrand Bonizi into a family of humble origins, he became interested in religion at a young age and received his education from his uncle who was abbot of a monastery on the Aventine Hill. He went on to become the deacon and papal administrator during the papacy of Pope Leo IX and greatly strengthened his position within the church over the following years. By the time Pope Alexander II became the head of the church, Hildebrand had consolidated his position as a very powerful religious figure. Pope Alexander II died in 1073 and Hildebrand succeeded him as Pope Gregory VII.
Pope Gregory VII is a member of Spiritual & Religious Leaders 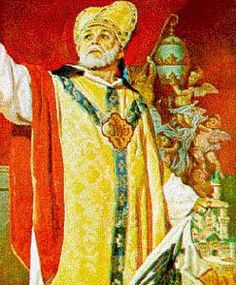 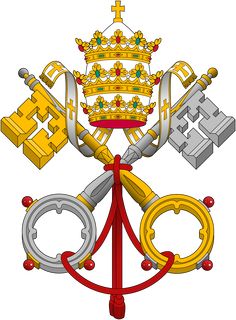 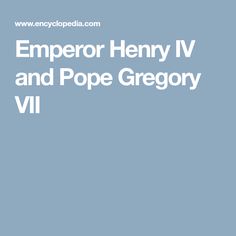 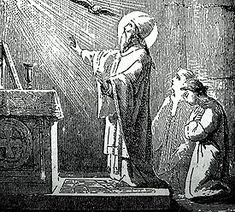 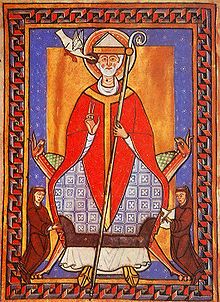 I believe in my heart and openly profess that the bread and wine that are placed on the altar are, through the mystery of the sacred prayer and the words of the Redeemer, substantially changed into the true and proper and lifegiving flesh and blood of Jesus Christ our Lord, and that after the consecration they are the true body of Christ.

Gregory VII was beatified by Pope Gregory XIII in 1584 and canonized on 24 May 1728 by Pope Benedict XIII.

Gregory VII was seen by Pope Paul VI as instrumental in affirming the tenet that Christ is present in the Blessed Sacrament. Gregory's demand that Berengarius perform a confession of this belief was quoted in Pope Paul VI's historic 1965 encyclical Mysterium fidei:

Because this Pope was such a prominent champion of papal supremacy, his memory was evoked on many occasions in later generations, both positively and negatively, often reflecting later writers' attitude to the Catholic Church and the papacy. Beno of Santi Martino e Silvestro, who opposed Gregory VII in the Investiture Controversy, leveled against him charges such as necromancy, torture of a former friend upon a bed of nails, commissioning an attempted assassination, executions without trials, unjust excommunication, doubting the Real Presence of the Eucharist, and even burning the Eucharist. This was eagerly repeated by later opponents of the Catholic Church, such as the English Protestant John Foxe. Twentieth century British Writer Joseph McCabe describes Gregory as a "rough and violent peasant, enlisting his brute strength in the Service of the monastic ideal which he embraced." In contrast, the modern Historian of the 11th century H. E. J. Cowdrey writes, "[Gregory VII] was surprisingly flexible, feeling his way and therefore perplexing both rigorous collaborators ... and cautious and steady-minded ones ... His zeal, moral force, and religious conviction, however, ensured that he should retain to a remarkable degree the loyalty and Service of a wide variety of men and women."

This profession of faith began a "Eucharistic Renaissance" in the churches of Europe as of the 12th century.

Gregory was particularly concerned with the East. The schism between Rome and the Byzantine Empire was a severe blow to him, and he worked hard to restore the former amicable relationship. Gregory successfully tried to get in touch with the Emperor Michael VII. When the news of the Muslim attacks on the Christians in the East filtered through to Rome, and the political embarrassments of the Byzantine Emperor increased, he conceived the project of a great military expedition and exhorted the faithful to participate in recovering the Church of the Holy Sepulchre – foreshadowing the First Crusade. In his efforts to recruit for the expedition, he emphasized the suffering of eastern Christians, arguing western Christians had a moral obligation to go to their aid.

It was debated at the time—and remains debated by historians—whether this extraordinary outburst in favour of Hildebrand by clergy and people was wholly spontaneous or could have been the result of some pre-concerted arrangements. According to Benizo, Bishop of Sutri, a supporter of Hildebrand, the outcry was begun by the actions of Cardinal Ugo Candidus, Cardinal Priest of S. Clemente, who rushed into a pulpit and began to declaim to the people. Certainly, the mode of his election was highly criticized by his opponents. Many of the charges brought may have been expressions of personal dislike, liable to suspicion from the very fact that they were not raised to attack his promotion until several years later. But it is clear from Gregory's own account of the circumstances of his election, in his Epistle 1 and Epistle 2, that it was conducted in a very irregular fashion. First of all, it was contrary to the Constitution of Pope promulgated and approved in the Roman Synod of 607, which forbade a papal election to begin until the third day after a pope's burial. Cardinal Ugo's intervention was contrary to the Constitution of Nicholas II, which affirmed the exclusive right to name candidates to the Cardinal Bishops; finally, the requirement of Pope Nicholas II that the Holy Roman Emperor be consulted in the matter was ignored. However, what ultimately turned the tide in favor of validity of Gregory VII's election was the second election at S. Pietro in Vincoli and the acceptance by the Roman people.

Writing in L’Osservatore Romano, Agostino Paravicini Bagliani says that the popular belief that St. Pius V (1566–72) was the first Pope to wear the white cassock is inaccurate. Instead, writes Bagliani, the first document that mentions the Pope’s white cassock dates from Gregory X in 1274. “The first pope to be solemnly invested with the red mantle immediately after his election was Gregory VII (1076),” the scholar added, noting that traditionally “from the moment of his election the Pope put on vestments of two colors: red (cope, mozzetta, shoes); and white (cassock, socks).”