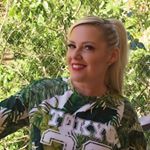 Argentinean journalist and TV presenter who is an anchor at Telefe News. She has 70,000 followers on Instagram.

Her career began in 1996 when she was a contestant in the National Beauty Contest.

She became the face of Caracol Noticias's entertainment section in 1999.

In 2016 she traveled to Miami, Florida to interview Enrique Iglesias.