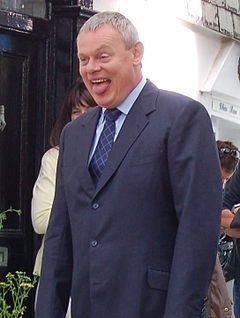 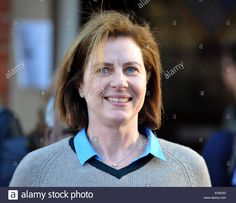 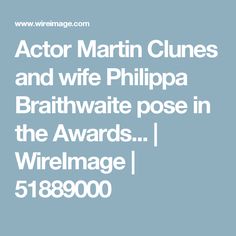 Clunes served his first role in rep at the Mercury Theatre, Colchester, and his first television appearance came in the 1983 Doctor Who story Snakedance. But a sporadic career led to his supplementing his income as a photo model for Gilbert and George, and he can be seen in their 1983 work World.

Clunes played Brock in the 1990 film The Russia House. He played Richard Burbage in the 1998 film Shakespeare in Love, and Anthony Staxton-Billing in Sweet Revenge the same year. In 2000, Clunes played the role of Dr. Martin Bamford in the film Saving Grace, and the follow up to that film Doc Martin the following year (2001), he played James Chancellor in Global Heresy.

Clunes is a regular voice over Artist and is the voice of Kipper in the animated children's series Kipper the Dog. For six years (1993–1999) he also did voice acting for Safeway adverts; he provided the voice of Harry in Safeway's 'When Harry Met Molly' advertising campaign during said years.

Since 1994, Clunes has frequently appeared on the BBC One panel show Have I Got News for You as a panelist or a guest presenter.

While Clunes was appearing on stage at the Hampstead Theatre, Harry Enfield came to see him; the acquaintanceship developed into a friendship where Clunes played characters in Enfield's Sketch shows (most notably one of the Rugby Players). Enfield then recommended Clunes for the role of Gary in the sitcom Men Behaving Badly, written for Enfield by Simon Nye, for which he won a BAFTA television award for Best Comedy Performance in 1996. He played the part of Group Captain Barker in the two-part TV mini-series Over Here that same year. In 1993, he played Dick Dobson in Demob about a pair of demobilized Soldiers who have to adjust to civilian life after entertaining Second World War troops with a raunchy cabaret act.

Clunes has since appeared in films and television shows such as An Evening with Gary Lineker, Staggered (starred and directed), Hunting Venus, The Booze Cruise, Saving Grace and Jeeves and Wooster. In 1998, he was featured in Sweet Revenge and appeared as Richard Burbage in the film Shakespeare in Love. Clunes has also acted frequently for the radio, including a guest appearance in the BBC Radio 4 series Baldi.

In 2001, he played Captain Stickles in the BBC adaptation of R. D. Blackmore's Lorna Doone.

In 2002, Clunes played serial killer John George Haigh in a Yorkshire TV production A Is for Acid, and took the lead in ITV's production of Goodbye Mr Chips.

Since 2004, Clunes has played the lead role of Doctor Martin Ellingham in the ITV comedy drama series Doc Martin.

In August 2007, Clunes starred in the ITV/TVNZ co-production The Man Who Lost His Head.

In 2008, Clunes presented Martin Clunes: A Man and his Dogs, which was aired on 24 August 2008. In 2009, Clunes presented a three-part ITV series Islands of Britain, which saw him travelling around several of the country's lesser known islands.

Between 2009 and 2010, Clunes starred on BBC One television in the title role of Reggie Perrin, a re-make of classic 1970s British situation comedy The Fall and Rise of Reginald Perrin. In 2015, Martin played the role of Sir Arthur Conan Doyle in the ITV mini-series Arthur & George. In 2018, Clunes will play the role of DCI Colin Sutton in the ITV drama Manhunt.

In 2010, Clunes presented ITV mini-series Horsepower about man's relationship over time with the horse. This was followed by Heavy Horsepower which aired in 2013.

A sponsor of numerous charities, Clunes made a short on-line film with Stephen Fry about HIV discrimination for the Terrence Higgins Trust. Clunes supports Weldmar Hospicecare Trust in Dorset. The Buckham Fair is organised in support of the charity. In January 2011, Clunes became patron of Animal Care in Egypt.

On 3 December 2013, it was announced that Clunes will narrate a three-part documentary series called Islands of Oz, to be filmed in Australia in 2014, for Australia's Seven Network. Production company, Prospero Productions, explained that the series "follows acclaimed actor and Comedian Martin Clunes as he explores the most diverse, intriguing, remote and spectacular islands that surround Australia".

In August 2014, Clunes narrated ITV's three-part documentary series Kids with Cameras: Diary of a Children's Ward which saw Newcastle's children's ward through the eyes of its patients.

In May 2015, Clunes presented Man & Beast with Martin Clunes, a two-part factual series for ITV, which looked at the relationship between humans and animals.