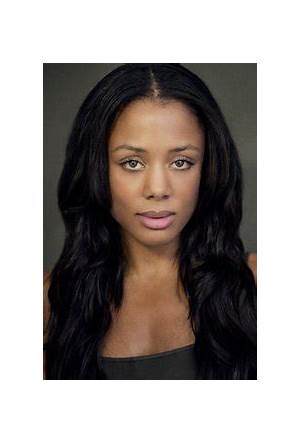 Hammond joined the medical equipment manufacturers Speywood Laboratories Ltd in 1977, becoming a Director of Speywood Medical Limited in 1981. He left in 1983 and, from 1984, served as a Director in Castlemead Ltd.

Hammond was born in Epping, Essex, and studied Philosophy, Politics and Economics at University College, Oxford. He worked from 1984 as a company Director at Castlemead Ltd – a Health care and nursing company. From 1995-97 he acted as an adviser to the government of Malawi before his election to Parliament. He was promoted to the Shadow Cabinet by David Cameron in 2005 as Shadow Secretary of State for Work and Pensions, remaining in this position until a 2007 reshuffle when he became Shadow Chief Secretary to the Treasury.

Hammond married Susan Carolyn Williams-Walker on 29 June 1991. They have two daughters and a son and live in Send, Surrey, with another home in London. In 2009, Hammond's wealth was estimated as £9 million.

From 1993 to 1995, he was a partner in CMA Consultants and, from 1994, a Director in Castlemead Homes. He had many Business interests including house building and property, Manufacturing, Health care, and oil and gas. He undertook various consulting assignments in Latin America for the World Bank in Washington, D.C., and was a consultant to the Government of Malawi from 1995 until his election to Parliament.

In Parliament he served on the Environment, Transport and the Regions Select Committee from 1997 until he was promoted by william Hague as front bench spokesman for Health. He was moved to become spokesman for Trade and Industry by Iain Duncan Smith in 2001, and later transferred to Shadow Minister for Local Government and Regions by Michael Howard in 2002.

Howard promoted Hammond to the Shadow Cabinet following the 2005 general election as Shadow Chief Secretary to the Treasury. Following the election of David Cameron as Conservative leader later in 2005, Hammond became the Shadow Secretary of State for Work and Pensions. He was moved back to the role of Shadow Chief Secretary to the Treasury in David Cameron's reshuffle following Gordon Brown's accession to the premiership.

Hammond was appointed Secretary of State for Transport following the formation of the coalition government on 12 May 2010, a position he held until 14 October 2011.

In December 2011, he announced that women were to be allowed to serve on Royal Navy submarines. The first women officers began serving on Vanguard class submarines in late 2013. They were due to be followed by female ratings in 2015, when women should also begin serving on the new Astute class submarine. It was also confirmed that the cost of the Libyan operations was £212 million – less than was estimated – including £67 million for replacing spent munitions, is all expected to be met from HM Treasury's reserve.

In May 2012, Hammond said same-sex marriage is "too controversial". In January 2013 during a visit to Royal Holloway, University of London, he bracketed the tabled legislation, which was passed afterwards, alongside socially unacceptable relationships, at the upper scale of which he stated was the Criminal offence of Incest. Asked by PinkNews to clarify his remarks, Hammond wrote by email: "The discussion ranged very widely and was not limited to same sex relationships".

In May 2013, Hammond abstained as one of four Cabinet Ministers not to vote in favour of gay marriage. Hammond was openly critical of the then Prime Minister David Cameron's approach to the Marriage (Same Sex Couples) Act 2013 and said in November 2013 that he was "shocked" at the speed with which it was pushed through and that it was "damaging" to the Conservative Party.

In August 2014, Hammond said he was surprised at the sudden resignation of Sayeeda Warsi, Baroness Warsi, who wrote of "great unease" under his leadership of the Foreign office.

In November 2015, Hammond was criticised for accepting a watch worth £1,950 from a Saudi businessman called Sheikh Marei Mubarak Mahfouz bin Mahfouz. The watch was given as a gift after the unveiling of a statue of the Queen to mark the 800th anniversary of the sealing of Magna Carta. Ministers are not allowed to accept gifts worth more than £140 but Hammond claims he was advised that the event was a constituency one, not a ministerial one, and therefore the rules for ministers did not apply to him on that day. Labour MP John Mann was among those who criticised Hammond. "What on earth was he doing?" Mann asked, "No MP should be accepting watches worth nearly £2,000 as a gift. He should now give it to charity."

In October 2016, Hammond was criticised by some Cabinet colleagues for “arguing like an accountant seeing the risk of everything” rather than pressing ahead with plans for Brexit. Hammond called for caution during a Cabinet committee meeting which discussed a proposed post-Brexit visa regime that would require all European Union workers to prove they have secured a skilled job before being allowed into Britain, which lead to accusations that he was trying to "undermine Brexit"

On 22 November 2017, he presented his second budget. In January 2018, senior Conservative MPs mounted pressure on Theresa May to sack him as Chancellor following his recent comments about Brexit, which were deemed too europhilic in nature