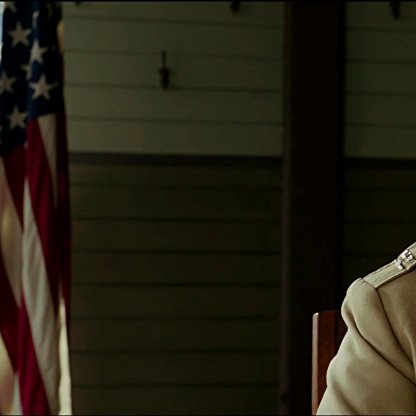 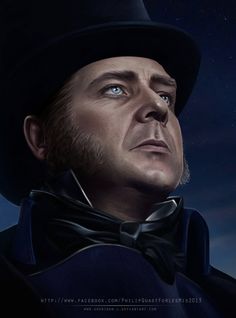 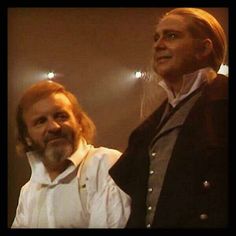 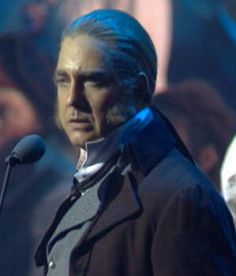 Quast, one of three children, was born in 1957 in Tamworth, New South Wales, Australia. His family lived and worked on a mixed but predominately Turkey farm.

He graduated from the National Institute of Dramatic Art in 1979 and began his career in the resident acting company of the State Theatre Company of South Australia. In the early 80's he appeared in plays such as The Mystery Plays of Wakefield, Three Sisters, On The Wallaby, Pericles, A Month in the Country, As You Like It, Pygmalion, A Hard God, No End of Blame, The Threepenny Opera, Shark Infested Waters, Candide with Nimrod Theatre Company, and a musical adaption of Carmen which he debuted with the Melbourne Theatre Company.

Quast married Carol in 1981 and they were married for almost ten years before having the first of their three sons. He has been noted for his humble nature, stating he doesn't seek after fame and is concerned that success is measured by notoriety instead of the respect of one's peers. He doesn't keep any of his awards, instead sending them to his parents' home in Australia.

In 1991 he won his first Laurence Olivier Award for Georges Seurat. Quast was under a large amount of stress when preparing for Sunday in the Park with George, as he struggled to master Sondheim's complicated musical scores (Sondheim told him: "you don't play tennis against people you can beat."), learn to paint and Sketch for the play, and waited for the impending birth of his first son, who was due five days after opening night.

In 1993 he returned to Australia to play in Sydney Theatre Company productions of william Shakespeare's Coriolanus and Sondheim's Into the Woods, in which he played The Wolf/Cinderella's Prince. He then played Dunois in Bernard Shaw's Saint Joan in the West End and on a UK tour in 1994. In 1994–96 he spent two seasons with the Royal Shakespeare Company, performing as Fred/Chorus in A Christmas Carol, and King of Navarre in Shakespeare's Love's Labour's Lost, as well as Lodovico in The White Devil, Banquo in Macbeth, and Achilles in Troilus and Cressida. Before returning for a second season with the RSC, he spent some time back in Australia, performing in the national tour of The Secret Garden as Dr. Neville Craven – along with Anthony Warlow and Marina Prior.

Quast was named as one of the 25 Most Beautiful People for 1996 in Who Weekly magazine. In an article for the magazine he said, "The Problem with this Business is that you have to supposedly look as good as you can all the time. And I hate that. My idea of doing my hair is sticking it out of the window of a car when it's wet."

Quast played the part of Javert on the Les Misérables Complete Symphonic Recording, and in Hey, Mr. Producer, a concert in honour of Sir Cameron Mackintosh. Though mainly a baritone, Quast has played some roles written for tenors, namely George (see above), Candide, and Neville in The Secret Garden. Although he is known for his serious roles, he has also performed comedic parts, such as his 2004 appearance as the pompous Miles Gloriosus in a limited run revival of A Funny Thing Happened on the Way to the Forum at the Royal National Theatre.

Quast more recently played the supporting role of Juan Peron in Andrew Lloyd Webber's 2006 production of Evita at the Adelphi Theatre in London. He was nominated for an Olivier award for this role. In July 2007, Quast performed the role of Judge Turpin in a concert version of Sweeney Todd at London's Royal Festival Hall.

Quast rejoined the cast of La Cage Aux Folles on 4 May 2009 with Roger Allam. Coincidentally, both actors have performed in the role of Javert in Les Misérables. From July 2010, he played Mr Banks in the Australian premiere production of Mary Poppins at Melbourne's Her Majesty's Theatre, a part Sir Cameron Mackintosh offered to him in the bathroom of The Ivy in London. He won the 2010 Victorian Green Room Award (Melbourne's top theatre awards) for Best Supporting Actor in a Musical for his performance. He also won the 2011 Helpmann award for "Best Featured Actor in a Musical" for Mary Poppins.

In March 2014, New York audiences were treated to a special limited engagement of "Sweeney Todd" at Lincoln Center's Avery Fisher Hall. Quast, in his New York stage debut, performed as Judge Turpin, with Bryn Terfel as Sweeney Todd and Emma Thompson as Mrs. Lovett. The show was scheduled to be broadcast as part of Live at Lincoln Center's television special in September 2014.