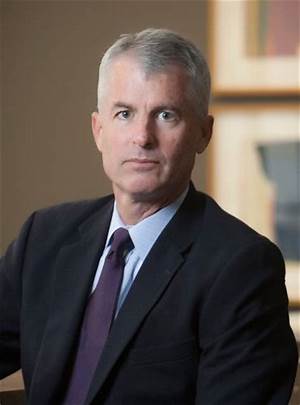 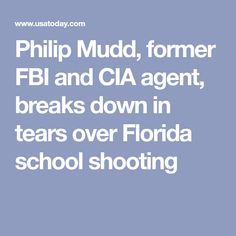 Philip Ruddock is the son of Emmie (née Chappell) and Maxwell "Max" Ruddock. He was born in Canberra, where his father was at the time the Deputy Prices Commissioner working for the Commonwealth Government; he was later a Liberal member of the New South Wales Legislative Assembly from 1962 to 1976.

On 22 September 1973, Ruddock was elected to the House of Representatives at a by-election for the seat of Parramatta. He narrowly held it at the 1974 general election, but was returned with a large swing in 1975. A redistribution ahead of the 1977 election, however, split Parramatta almost in half. The western half retained the Parramatta name and became a marginal Labor seat anchored in heavily pro-Labor west Sydney. The eastern half, including most of the old Parramatta's Liberal-friendly areas, became the comfortably safe Liberal seat of Dundas. Ruddock transferred to Dundas, and held it without serious difficulty until its abolition in 1993. Ruddock then transferred to the equally safe seat of Berowra, a seat he held for the remainder of his federal political career.

In August 1988, while Ruddock was still a backbencher, the Leader of the Opposition, John Howard, commented that he believed the rate of Asian immigration was too high. The Hawke Labor government sought to embarrass Howard and introduced a bill to Parliament to ensure that immigration did not discriminate on the basis of race. Ruddock along with fellow Liberals Steele Hall and Ian Macphee crossed the floor to support the Labor motion. In 1989, following Andrew Peacock's ascension to the leadership, Ruddock became Shadow Minister for Immigration and proposed a settlement scheme for Australia's far north.

Following the Coalition's rise to government at the 1996 election, Ruddock was appointed to the Cabinet as Minister for Immigration and Multicultural Affairs. In this role, he administered the Department of Immigration and Multicultural Affairs and presided over the Howard government's policies on asylum seekers. During his time in office, the previous Keating Labor Government's practice of mandatory detention of asylum seekers was continued and extended. In October 1999, the Australian government introduced Temporary Protection Visas for persons who applied for refugee status after making an unauthorised arrival in Australia, and was the main type of visa issued to refugees when released from Australian immigration detention facilities. Many Afghan and Iraqi refugees who are not Australian citizens were affected by this policy.

In 2001 Ruddock was also appointed to the role of Minister for Indigenous Affairs. By 2001 he had become a high-profile figure enjoying considerable support within the Liberal Party, while being strongly opposed by left-wing Activists and some human rights advocates. His "Pacific Solution" – which prevented asylum seekers receiving legal access – was condemned by Human Rights Watch as contravening international law, as being a human rights violation: Oxfam and the UNHCR (United Nations refugee agency) agreed with this viewpoint. At one point he was one of the few senior ministers (besides the prime minister) to have needed personal security details.

Ruddock is married to Heather. They have two children, Kirstie and Caitlin. In 2002 it was reported that one of Ruddock's daughters to found it difficult to reconcile her father's hard line on immigration with the values of compassion she was raised with.

Areas in Ruddock's portfolio and some of his decisions were highly controversial in Australian politics, and led to Amnesty International's public attempt to distance the organisation from him by asking him to remove his lapel badge. In 2003, Ruddock was accused by the Labor immigration spokesperson, Julia Gillard, of personally intervening to give a Filipino with a Criminal record, Dante Tan, favourable treatment in exchange for donations to the Liberal Party. Ruddock denied that there was a connection between the donations and his actions, and noted that the donation had been properly declared. In 2004 an Australian Federal Police investigation cleared Ruddock of any wrongdoing, and a Senate inquiry, composed of a majority of Labor members, found that "there was no way to determine whether Mr Ruddock was influenced by money to grant visas."

In 2003, Ruddock became Attorney-General in a cabinet reshuffle. On 27 May 2004, Ruddock introduced the Marriage Legislation Amendment Bill to prevent any possible court rulings allowing same-sex marriages or civil unions.

In May 2006, Ruddock blocked a gay Australian man from marrying in Europe. Ruddock refused to grant a gay man living in the Netherlands a 'Certificate of No Impediment to Marriage' document required by some European countries before marriage, to prove foreigners are in fact single. Under Ruddock's instructions, no such documents were to be released to gay and lesbians individuals intending to marry overseas.

Following the Howard government's defeat at the November 2007 election, Ruddock did not seek a Shadow cabinet role. He returned to the frontbench as Shadow Cabinet Secretary after Tony Abbott captured the Opposition leadership in December 2009. The Coalition was returned to government in 2013.

On 27 May 2015, Ruddock was appointed to the new office of Special Envoy for Citizenship and Community Engagement. The office was created in the wake of controversial proposals by the government to strip sole Australian nationals of their citizenship.

Ruddock has served as the Special Envoy for Human Rights since 8 February 2016. During this period he has represented Australia abroad for the promotion and protections of Human Rights.

In November 2017, Ruddock accepted an invitation from the Prime Minister, Malcolm Turnbull, to chair a review of religious freedoms in Australia in light of the Australian Marriage Law Postal Survey and the introduction into federal parliament a private member's bill to enact the Marriage Amendment (Definition and Religious Freedoms) Act 2017.