Philip Anschutz was born on December 28, 1939 in Denver, Colorado, United States. Over five decades Philip Anschutz has built fortunes in oil, railroads, telecom, real estate and entertainment. He owns the NHL's Kings and a third of the Lakers, plus the building they play in, the Staples Center. His Anschutz Entertainment Group operates more than 100 arenas and concert venues worldwide. On 300,000 acres he owns in Wyoming, Anschutz aims to build the world's biggest wind farm.
Philip Anschutz is a member of Investments 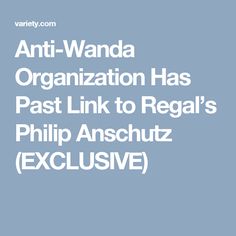 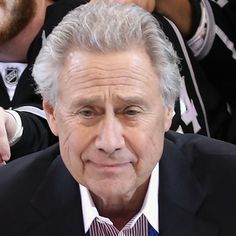 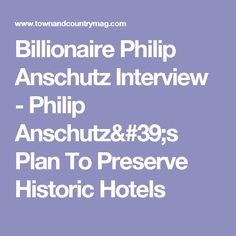 When you see what can be done, the possibilities, you want to be involved in something. You want to own it.

Anschutz was born in Russell, Kansas, the son of Marian (née Pfister) and Frederick Benjamin Anschutz. He has one older sister, Sue Anschutz-Rodgers, who became a Colorado rancher and philanthropist. His Father was an oil tycoon and land investor who invested in ranches in Colorado, Utah and Wyoming, and eventually went into the oil-drilling Business. Carl Anschutz, Anschutz's grandfather, an ethnic German who emigrated from Russia, started the Farmers State Bank in Russell, Kansas. Anschutz grew up in Russell, Wichita, and Hays, Kansas, where he lived near Bob Dole. In later years, Anschutz contributed to Dole's political campaigns. He graduated from Wichita High School East in 1957, and graduated with a bachelor's degree in Business from the University of Kansas in 1961 where he was a member of the Sigma Chi Fraternity. His first cousin was the fellow Russell native and long-time news anchor Wendall Anschutz. A member of the Evangelical Presbyterian Church, he is a conservative Christian. He and his wife Nancy, whom he met when he was 16, have three children. Anschutz was inducted into the Kansas Business Hall of Fame in 2000 and the U.S. Business Hall of Fame in 2002.

In 1984, he entered the railroad Business by purchasing the Rio Grande Railroad's holding company, Rio Grande Industries. Four years later in 1988, the Rio Grande railroad purchased the Southern Pacific Railroad under his direction. With the merger of the Southern Pacific and Union Pacific Corporation in September 1996, Anschutz became Vice-Chairman of Union Pacific. Prior to the merger, he was a Director of Southern Pacific from June 1988 to September 1996, and non-executive chairman of Southern Pacific from 1993 to September 1996. He was also a Director of Forest Oil Corporation beginning in 1995. In November 1993 he became Director and Chairman of the Board of Qwest, stepping down as a nonexecutive co-chairman in 2002 but remaining on the board. He has also been a Director for Pacific Energy Partners and served on the boards of the American Petroleum Institute, in Washington, D.C. and the National Petroleum Council in Washington, D.C.

Anschutz then moved into railroads and telecommunications before venturing into the entertainment industry. In 1999, Fortune magazine compared him to the nineteenth-century tycoon J.P. Morgan, as both men "struck it rich in a fundamentally different way: they operated across an astounding array of industries, mastering and reshaping entire economic landscapes."

In May 2001, the Bush administration upheld Anschutz's right to drill an exploratory oil well at Weatherman Draw in south-central Montana where Native American tribes wanted to preserve sacred rock drawings. Environmental groups, preservationists, and ten Native American tribes had appealed the decision without success. In April 2002, the Anschutz Exploration Corporation gave up its plans to drill for oil in the area. They donated its leases for oil and gas rights to the National Trust for Historic Preservation, which has pledged to let the leases expire, and the Bureau of Land Management said it had no plans to permit further leases there and would consider formal withdrawal of the 4,268 acre (17 km²) site from mineral leasing in its 2004 management plan. In recognition of its preservation efforts, The National Trust for Historic Preservation presented its President's Award to the Anschutz Exploration Corporation

In May 2003, New York Attorney General Eliot Spitzer reached a settlement with Anschutz after the AG filed a civil complaint accusing Anschutz of accepting IPO shares from Salomon Smith Barney in exchange for Qwest's investment banking Business. Anschutz denied any wrongdoing but volunteered to donate a total of $4.4 million to settle the case as long as he selected the recipient organizations in advance. Anschutz paid $100,000 to each of 32 New York nonprofit philanthropic groups, as well as $200,000 to each of six law schools. In return, Spitzer dropped his civil suit. The payment was roughly equal to his profit from the practice of IPO "spinning"; thus, he actually suffered no penalty. The suit by Spitzer was panned in a Wall Street Journal editorial headlined, "The Anschutz Ransom". The U.S. Securities and Exchange Commission and the U.S. Department of Justice extensively investigated Qwest officials and determined there was no justification for taking action against any board member. The Denver Post summarized the implications for Anschutz: "Not only is Qwest founder and board member Philip Anschutz not a defendant in the long-awaited civil case against the regime of former Qwest chief executive Joe Nacchio, he doesn't even merit a mention in the 50-page complaint."

Anschutz is one of only four recipients of the National Soccer Hall of Fame's Medal of Honor for his contributions to growing the sport of soccer in the United States. Sports Business Journal ranked Anschutz in 2006 as the #1 most influential person in soccer in the U.S. Anschutz was one of the founders of Major League Soccer as well as multiple teams, including the Los Angeles Galaxy, Chicago Fire, Colorado Rapids, Houston Dynamo, San Jose Earthquakes, D.C. United, and the New York/New Jersey MetroStars. He owns a stake in the StubHub Center, the stadium for the MLS team LA Galaxy and former MLS team Chivas USA. For some time, while MLS was struggling, Anschutz owned six MLS franchises and experienced significant financial losses. For this reason, Anschutz has been called the man who saved MLS. MLS Commissioner Don Garber stated in 2006 that "without Phil Anschutz, there's no MLS today."

Anschutz supported the Parents Television Council, a group that protests against television indecency. He also financed and distributed films with Christian themes for mass audiences (through his two film production companies and ownership of much of the Regal, Edwards and United Artists theater chains) such as Amazing Grace and The Chronicles of Narnia: The Lion, the Witch and the Wardrobe. He financed The Foundation for a Better Life. In 2009 Anschutz purchased the conservative American opinion magazine The Weekly Standard from Rupert Murdoch's News Corporation. In 2010, he financed the pro-charter school film, Waiting for Superman. In 2012, he financed the pro-parent trigger film, Won't Back Down.

It was announced on September 15, 2011, that Anschutz would be acquiring all assets of the Oklahoma Publishing Company (OPUBCO) from the Gaylord and Dickinson families. Upon closing, Anschutz would operate OPUBCO separately from all his other publishing and media assets as its own independent company. Closing was expected in October 2011. In March 2012, it was reported that Anschutz was interested in buying the Rangers. He also invested in the Power Company of Wyoming LLC, formed in 2007 (re-incorporated in 2010) for the purpose of building the Chokecherry and Sierra Madre wind power complex in Carbon County, Wyoming, comprising up to 1,000 wind turbines with up to 3,000 megawatts of capacity. It will be sited on 229,077 acres, about half federal, about half privately owned by an affiliate, and a smattering of state lands. According to the Bureau of Land Management, which on July 2, 2012, announced completion of the project's final Environmental Impact Statement, "Chokecherry and Sierra Madre are two distinct sites approximately five miles apart which are both being analyzed together. When combined, they comprise the largest commercial wind generation facility proposed in the U.S. and one of the largest in the world." Construction is expected to start in 2013, and cost an estimated $4 billion-$6 billion."

Anschutz has invested in, for Example, the Clarity Media Group, a Denver-based publishing group that includes newspapers such as The Oklahoman, the largest newspaper in Oklahoma; The San Francisco Examiner (purchased in 2004, sold in November 2011); The Washington Examiner, a right-wing weekly tabloid which was consolidated from group of D.C.-area suburban dailies; The Baltimore Examiner, which launched in April 2006 and was shut down in early 2009; the now-closed Examiner.com, a hyper-local web portal where contributors wrote on local topics from news to blog-like stories; the conservative Weekly Standard (purchased in 2009); and The Gazette, the second-largest newspaper in Colorado with a daily circulation of 74,172 (purchased on November 30, 2012) (Anschutz has trademarked the name "Examiner" in more than sixty cities.)

One of the world's wealthiest individuals, Anschutz has been an active philanthropist. He was listed as #113 on the Forbes list of billionaires in January 2015, with a net worth of $10.3 billion. He heads the Anschutz Foundation.

Anschutz reportedly donated to conservative causes and groups which are openly anti-gay, anti-transgender, and anti-abortion. He responded to the reports by saying, "Neither I nor the Foundation fund any organization with the purpose or expectation that it would Finance anti-LGBTQ initiatives, and when it has come to my attention or the attention of the Anschutz Foundation that certain organizations either the Foundation or I have funded have been supporting such causes, we have immediately ceased all contributions to such groups." Anschutz contributed $1,000,000 to conservatives during the 2016 U.S. elections, including pro-life and pro-gun candidates, and $200,000 to Republican politicians and political action committees during the 2017 off-year elections.