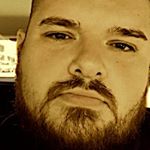 Directed films such as Robbery, Bullitt, Breaking Away, and The Dresser.

He graduated from the Royal Academy of Dramatic Art.

He had a small stint as a race car driver.

He married Virginia Pope in 1960 and the couple had two children together.

He directed Albert Finney in his Oscar-nominated role in the 1983 film The Dresser.