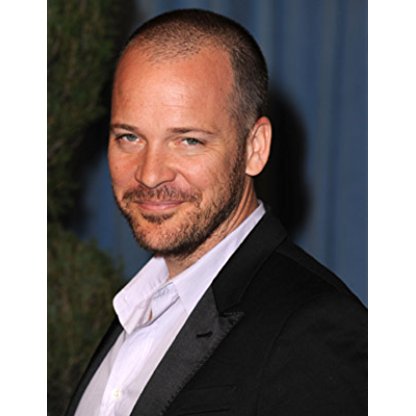 Peter Sarsgaard was bornon March 07, 1971 in  Belleville, Illinois, United States, is Actor, Producer. Peter Sarsgaard was born at Scott Air Force Base, Illinois, to Judy Lea (Reinhardt) and John Dale Sarsgaard, an engineer who worked for the Air Force and later Monsanto and IBM. He is a graduate of St. Louis' Washington University, where he majored in history and literature. He was a co-founder of the comedy improvisational group Mama's Pot Roast and trained initially with the Actors' Studio in New York. Such off-Broadway productions included Horton Foote's "Laura Dennis" and John Cameron Mitchell's "Kingdom of Earth."He made his screen debut in Tim Robbins' Dead Man Walking (1995) and was given more sizable roles in Desert Blue (1998) and The Man in the Iron Mask (1998), as the ill-fated son of the Musketeer Athos, played by John Malkovich. Peter then started gracing the art-house circuit, making a violent, searing impression as a homophobic killer in Boys Don't Cry (1999) starring two-time Oscar-winner Hilary Swank as a trans-gendered teen.Other impressionable offbeat roles for Peter that have thrilled critics from coast to coast include Shattered Glass (2003), which earned him a slew of awards including the prestigious National Society of Film Critics Award. Prior to that, he showed off his versatility with portrayals ranging from a Russian nuclear reactor officer in K-19: The Widowmaker (2002) to a drug addict in The Salton Sea (2002). Other heralded performances in Garden State (2004) and Kinsey (2004) only prove that, at this rate, it is only a matter of time before the Oscars come rapping on Sarsgaard's door.
Peter Sarsgaard is a member of Actor 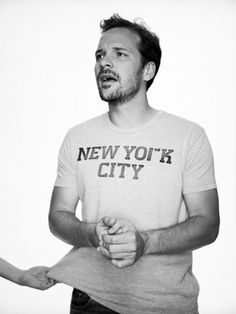 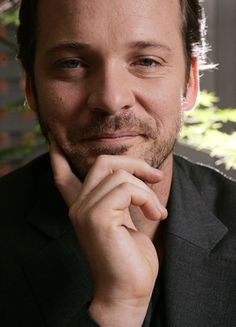 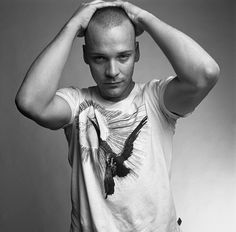 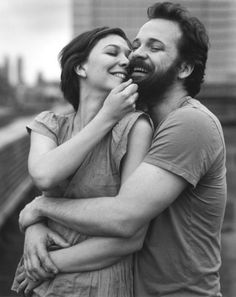 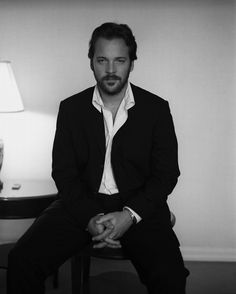 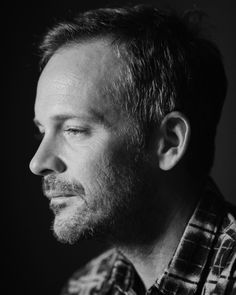 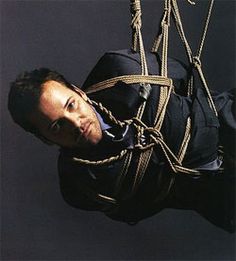 It wasn’t as hard as, say, running around with all my gear on in Jarhead. I’d rather go for an awkward moment than physical exertion any day. The only thing that I think [male actors] get freaked out about when they have to do something like kiss a guy in a movie—when to their knowledge they’re straight—is that they’re afraid they’re going to be turned on. And if you’re not afraid that you’re going to be turned on—meaning that you know what you like—then really it’s not that hard.

Sarsgaard attended Fairfield College Preparatory School, a private Jesuit boys' school in Connecticut, where he became interested in film. Following his graduation from Fairfield Prep in 1989, he attended Bard College in New York for two years before transferring to Washington University in St. Louis (WUSTL) in 1991, where he co-founded an improvisational comedy troupe "Mama's Pot Roast." While at WUSTL, Sarsgaard began performing in plays in an offshoot of New York's Actors Studio; His first role was as the servant Laurent in Molière's Tartuffe. In 1993, he graduated with a bachelor's degree in history and moved to New York.

In 1995, Sarsgaard made his theatrical debut in the Off-Broadway production of Horton Foote's Laura Dennis, which was directed by James Houghton. Ben Brantley of The New York Times wrote: "Mr. Sarsgaard ... emerges as an actor to watch with a performance of breathtaking emotional conviction." The following year he starred in Kingdom of Earth opposite Cynthia Nixon and directed by John Cameron Mitchell. His performance in the play received favorable reviews amongst critics. In October 2002, Sarsgaard returned to theater in a New York production of Lanford Wilson's Burn This, where he replaced Edward Norton.

His next film roles were in a series of independent features: Another Day in Paradise (1997), part of an ensemble cast that included James Woods, Melanie Griffith, Vincent Kartheiser, and Natasha Gregson Wagner, and In Desert Blue (1998), where he had a supporting role in the film. He received his substantial role in the 1998 film The Man in the Iron Mask, where he played Raoul, the ill-fated son of John Malkovich's dueling Musketeer, Athos. The film uses characters from Alex Andre Dumas' d'Artagnan Romances, and is very loosely adapted from some plot elements of The Vicomte de Bragelonne. The film received ambivalent reviews, but was a success at the box office, earning $182 million worldwide.

In 1999, Sarsgaard earned critical recognition in Kimberly Peirce's Boys Don't Cry, where he was cast as notorious killer John Lotter. The film is based on the real-life story of Brandon Teena, who was raped and murdered in 1993 by Lotter and Tom Nissen after they found out that he was a trans man. Boys Don’t Cry received overwhelmingly positive acclaim from critics, and his performance was critically well received. According to The Boston Globe, "Peter Sarsgaard ... makes the killer's terrible trajectory not only believable, but grounded in the most mundane clodhopper behavior. He isn't a drooling Monster, he's a guy you wouldn't look twice at a bar or a convenience store." A contributor from the Seattle Post-Intelligencer wrote "It's a marvelous performance supported ably by ... Sarsgaard as the unpredictable, sociopathic Lotter." The film was screened at a special presentation at the 2000 Venice Film Festival. In regards to his character, as how Sarsgaard made him "likeable, sympathetic even" was because he wanted the audience "to understand why they would hang out with me. If my character wasn't necessarily likable, I wanted him to be charismatic enough that you weren't going to have a dull time if you were with him." In another interview, Sarsgaard said he felt "empowered" by playing Lotter.

His first leading role was in the 2001 feature The Center of the World, where he plays Richard Longman, a lonely young Entrepreneur who skips out on his company's big initial public offering and pays a stripper (Molly Parker) $10,000 to fly to Las Vegas with him. The film received average reviews, however, A.O. Scott of the New York Times, reported that the performances by both Sarsgaard and Parker "provide a rough grain of authenticity, capturing the blunted affect and aimless neediness of people in their 20s struggling to navigate a world of material abundance and impoverished emotional possibility." Scott concluded in his recap that Sarsgaard made his character "seem like a genuinely nice guy, too innocent to grasp the sleaziness of his bargain with Florence."

In 2002, Sarsgaard starred in three films, K-19: The Widowmaker, Empire and The Salton Sea. In K-19: The Widowmaker, he portrayed a young Russian navy lieutenant. The film's budget cost was $100 million to make, but upon release, it grossed $35 million in the United States and $30 million internationally, qualifying it as a box office failure. His next role was in Empire, a crime thriller, where he was cast in a supporting role. Sarsgaard played a meth addict in D. J. Caruso's The Salton Sea.

2003 marked a significant turning point in Sarsgaard's career, when he starred in the feature film Shattered Glass. He depicted Journalist Charles Lane, the lead Editor of The New Republic. Shattered Glass is based on the real events of Journalist Stephen Glass' career at The New Republic during the mid-1990s and his fall when his widespread journalistic fraud is exposed. During promotion of the film, Sarsgaard noted of his portrayal of Lane: "I just wanted to get his perspective on the actual events. [...] I think that I tried to have some respect for myself and that way you're respecting the real person you're playing. I've done it a number of times. And it's always a little bit confusing. The best thing to do is just to ignore the fact, I think, that you're playing somebody who is a real life character." According to the San Diego Union-Tribune, "Peter Sarsgaard is appealingly level, a stolid straight-shooter as Lane". A reviewer from the Chicago Tribune noted that Sarsgaard plays Lane with "great subtlety and grace". The newspaper concluded with, "The character doesn't seethe with personal resentment; when he does a slow burn, he conveys a much deeper sense of a man's value system being violated past the breaking point." Sarsgaard's performance in the film earned him his first Golden Globe Award nomination and an Independent Spirit Award nomination.

Following the success of Shattered Glass, Sarsgaard starred in several roles. In 2004, he starred in the comedy-drama Garden State, where he played Mark, the sarcastic best friend to Zach Braff's character. In the same year, Sarsgaard portrayed Clyde Martin, in the biographical film Kinsey, a movie about the life of Alfred Kinsey, played by Liam Neeson. Kinsey was Sarsgaard's first film role which featured full frontal nudity. Paul Clinton of CNN reported that Sarsgaard's Clyde Martin "stands out" and "confirms that he's without doubt one of the best character actors of his generation." When asked about his kissing scenes with Neeson in Kinsey, Sarsgaard said:

Also in 2005, he had supporting roles in the suspense thriller films The Skeleton Key and Robert Schwentke's Flightplan. In the latter film, Sarsgaard played an air marshall, who is ordered to keep guard of Jodie Foster's character. Flightplan was screened at a special presentation at the 30th annual Toronto International Film Festival in 2005. Despite the mixed reviews, the film was a financial success, earning $223 million worldwide, making it his highest-grossing film to the end of 2008. Sarsgaard's next feature was Jarhead (2005), opposite Jake Gyllenhaal. The movie is based on U.S. Marine Anthony Swofford's 2003 Gulf War memoir of the same name.

Sarsgaard hosted Saturday Night Live (SNL) on January 21, 2006. In his introductory monologue, he tried to point out that he was a nice guy despite his sometimes macabre roles. Video clips were then played of Sarsgaard scaring the SNL cast. One Sketch featured the Severe acute respiratory syndrome (SARS) global scare, which was still fresh in many minds, and one of the skits included a promotion for the Peter Sarsgaard "SARS-Guard", a reference to the mania of facemasks worn in public by those fearing infection.

In 2007, he starred in supporting roles in Year of the Dog and Rendition. Year of the Dog is a dark comedy about a lonely middle-aged woman, played by Molly Shannon, who finds that animals are the only beings she can truly rely on. Sarsgaard plays Newt, an androgynous dog trainer, and love interest for Shannon's character. He starred alongside Meryl Streep, Alan Arkin, Reese Witherspoon, and Jake Gyllenhaal in Rendition, a Gavin Hood-directed political thriller about the US policy of extraordinary rendition. Viewed as a sex symbol, Sarsgaard was named one of Salon.com's Sexiest Man Living in 2007. 2008 saw Sarsgaard star in the drama Elegy, based on a Phillip Roth novel, The Dying Animal. The film received favorable good reception amongst critics.

In 2008, Sarsgaard made his Broadway debut at the Royal Court Theatre of Anton Chekhov's adaptation The Seagull alongside Kristin Scott Thomas, Mackenzie Crook and Carey Mulligan. In the production, he plays, Boris Alexeyevich Trigorin, a tortured Writer who drives a rival to suicide and a young lover to ruin. For the role, Sarsgaard had been required to speak in a British accent, in which he wanted it to be "less liked by an American audience".

Among his most notable romantic relationships, Sarsgaard dated burlesque Dancer Dita Von Teese and model and Actress Shalom Harlow. Early in his film career, he dated Photographer Malerie Marder, a close friend from his days attending Bard College, who had featured Sarsgaard in some of her early work. Sarsgaard began a romantic relationship with Actress Maggie Gyllenhaal, the sister of his close friend Jake Gyllenhaal, in 2002. In April 2006, they announced their engagement, and on May 2, 2009, they married in a small ceremony in Brindisi, Italy. They have two daughters, Ramona Sarsgaard, born October 3, 2006, and Gloria Ray Sarsgaard, born April 19, 2012. The family lives in Brooklyn, New York City, New York.

In May 2010, it was reported that Sarsgaard will star in Chekhov's play Three Sisters. The production is scheduled to begin in 2011, and Sarsgaard will reunited with Uncle Vanya Director Austin Pendleton.

In June 2013, Sarsgaard and numerous other celebrities appeared in a video showing support for Chelsea Manning.