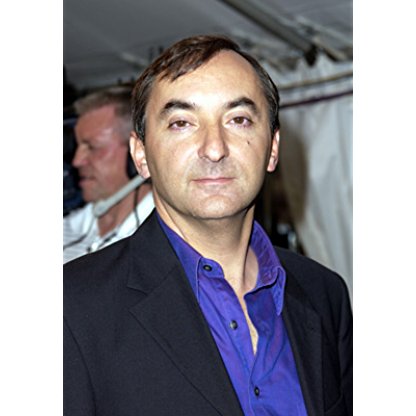 Peter Kosminsky was born on April 21, 1956 in  London, England, United Kingdom, is Director, Producer, Writer. Born in London, Kosminsky attended Oxford University as a chemistry major. He spent much of his time at the university in theater, where he was a lighting designer for the Dramatic Society and where he ultimately produced a successful touring production of Twelfth Night, co-starring fellow student Hugh Grant. The production's composer and accompanist was another young student named Rachel Portman. Following school, he worked at the BBC as a graduate trainee before becoming a documentary director.Kosminsky, his wife Helen and two daughters, reside in Wiltshire, England."
Peter Kosminsky is a member of Director 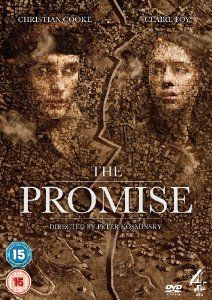 Born in London in 1956, he attended The Haberdashers' Aske's Boys' School and the University of Oxford where he studied chemistry under Dr John Danby of Worcester College, Oxford and was elected JCR President. He spent much of his time at the university involved in student theatre, where he was treasurer of the Oxford University Dramatic Society. He produced Twelfth Night for the OUDS which toured to northern France and starred a young Hugh Grant.

On graduation in 1980, he joined the staff of the BBC in London as a general trainee, alongside Kevin Lygo (now head of studios at ITV), Dominic Cameron (former managing Director of ITV.com) and Peter Salmon (former Controller of BBC1).

On finishing his training in 1982, Kosminsky became a script Editor in the BBC Plays Department but was fired within three months of starting work. With the help of BBC2 Controller Brian Wenham with whom he had worked as a trainee, he moved sideways on short-term contract to the BBC Current Affairs Department in Lime Grove to work on programmes such as Nationwide and Newsnight, before beginning his documentary directing career in earnest in 1985 under John Fairley and John Willis at Yorkshire Television. Programmes at YTV included The Falklands War: The Untold Story, a two-hour documentary made with Michael Bilton to mark the 5th anniversary of the Argentine invasion of the islands. In 1990, Kosminsky began work as a drama Director, directing the four-hour ITV drama Shoot To Kill, written by Mick Eaton and starring Jack Shepherd, for Yorkshire Television. It was transmitted in the UK as two two-hour films on 3 and 4 June 1990, (RTS Best Single Drama – 1990). The programme was banned in Northern Ireland.

Kosminsky has directed two feature films, Wuthering Heights (1992), (with (Ralph Fiennes and Juliette Binoche), for Paramount Pictures and White Oleander (2002), (with Michelle Pfeiffer, Renée Zellweger, Robin Wright Penn and Alison Lohman), for Warner Bros.. He has been a member of the Policy Council of Liberty, the campaigner for human rights, a past Council member of BAFTA, a Fellow of the Royal Television Society, a founding board member of Directors UK, (the body representing working film and TV Directors in the United Kingdom) and a winner of the BAFTA Alan Clarke Award for Outstanding Creative Contribution to TV.

In 1995, Kosminsky was fired from YTV by incoming managing Director Bruce Gyngell and set up his own company, Stonehenge Films Ltd, to act as a vehicle for his television dramas. His first independent drama as Producer and Director was No Child of Mine, written by Guy Hibbert and starring Brooke Kinsella for Meridian Broadcasting/ITV. The programme, transmitted in the UK on 25 February 1997, was a factually-based depiction of sexual abuse at home and in care and provoked considerable controversy. Its string of awards included the BAFTA Award for Best Single Drama – 1997 and the FIPA D'Or in Biarritz.

In 1999, Kosminsky teamed up with Writer Leigh Jackson and Producer Nigel Stafford-Clark to make Warriors (1999), a two-part drama for BBC Television which told the harrowing story of the first British peacekeeping deployment to central Bosnia in 1992-3. Starring the at the time unknown actors Ioan Gruffudd, Matthew Macfadyen and Damian Lewis, the films were shown on BBC1 to considerable acclaim. BAFTA Best Drama Serial – 1999, Royal Television Society Best Single Drama – 1999 and the Prix Italia for Best Fiction Serial – 1999. It transmitted in the UK across two nights on BBC1 in November 1999.

Kosminsky's collaboration with Leigh Jackson continued with The Project (2002), a two-part drama for BBC1, about New Labour. The first film – "Opposition" – deals with the Labour Party's attempt to reform itself into New Labour, as seen through the eyes of a group of student supporters. The second film – "Government" – shows what happens to the same characters when Labour comes to power in 1997. Revealing for the first time some of the tactics used by Labour to bring to an end 18 years of Tory rule, the films were immensely controversial. Leigh Jackson fell ill with cancer during the making of the programmes, but survived to see them transmitted in November 2002.

In July 2003, Kosminsky began his collaboration with Channel 4 and David Aukin's Daybreak Pictures. Aukin encouraged Kosminsky to write the films he directed and three programmes have so far resulted. The Government Inspector (2005), starred Mark Rylance and told the story of the death of biological weapons inspector Dr David Kelly and the search for weapons of mass destruction in Iraq. It was transmitted in the UK on Channel 4 on 17 March 2005 and won a series of awards including BAFTAs for Best Single Drama, Best Actor (Mark Rylance) and Best Writer (Kosminsky). Next came Britz (2007), starring Riz Ahmed and Manjinder Virk. In the wake of the 7/7 bombings in London, the two 100-minute films examined what it meant to be second-generation Muslim living in Britain today. Transmitted on Channel 4 as part of their 25th anniversary celebrations on 30 and 31 October 2007, the films won Best Drama Serial of 2007 at BAFTA and at the Royal Television Society.

In December 2011, the British Film Institute mounted a season celebrating Kosminsky's 30 years in film and television. (broken link) The programme included several examples of Kosminsky's early documentary work as well as more recent dramas. 13 December saw Francine Stock interview Kosminsky about his career so far in front of a National Film Theatre audience. Writing about the season in the Daily Telegraph, Jasper Rees wrote "Peter Kosminsky has earned that rare accolade for a Director of television drama: a retrospective at the BFI". Describing him as "Britain's most controversial television director" and "a pretty much unique figure in contemporary television who has devoted his career to giving the powerful sleepless nights", Rees quotes Kosminsky as saying "I'd be nervous if I were clubbable. It would be deeply dodgy if I was in there hugging and kissing all the great and the good. It would mean that what I was doing was a game. It's not a game. I've devoted my life to it. I've spent month after month after month sitting in a small room trying to achieve this. I don't expect to be loved or admired or patted on the back or become a cuddly figure of dissent who's been in some way neutered by being absorbed into the body politic. I want to be on the outside shouting, sometimes rather shrilly, about things that upset me and annoy. That was my upbringing, that was my training, and that's what I'll do till I drop."

Kosminsky directed Wolf Hall (TV, 2015) for the BBC. Based on the Booker Prize winning novels Wolf Hall and Bring Up the Bodies by Hilary Mantel, the six-part serial was written by Peter Straughan and stars Mark Rylance as Cromwell, Damian Lewis as Henry VIII and Claire Foy as Anne Boleyn. The serial was transmitted on BBC Two in January and February 2015. and on Masterpiece (TV series) in the United States later the same year. It received eight Emmy nominations and ten BAFTA programme and craft nominations, going on to win the Best Television Limited Series or Motion Picture Made for Television award at the Golden Globes; a Peabody Award and Baftas for Best Drama and Best Actor (Mark Rylance), together with Best Fiction Editing (David Blackmore) and Best Fiction Sound (Simon Clark and team) at the Bafta Craft Awards.

On 8 May 2016, after Wolf Hall won Best Drama Series at the 2016 British Academy Television Awards, Kosminsky, who directed the show, made a speech about defending the BBC and Channel 4 from government interference. This earned him a roaring standing ovation.