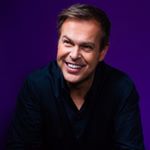 English actor who performed in television, film and radio for more than six decades.

He earned his first West End stage role in The Doctor's Dilemma in 1942.

He found early success starring in the comedic BBC radio program, In All Directions.

He married Jeri Sauvinet and the couple had three children.

He had a supporting role in the iconic British film, Chariots of Fire (1981) with Ben Cross.