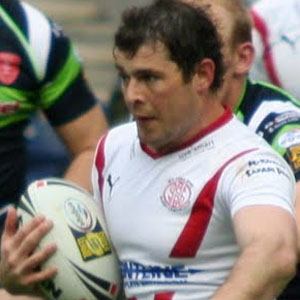 Versatile player for England and Great Britain, he was a 4-time Super League Dream Team member.

He made his Super League debut in 1999 after playing for St. Helen's.

He became just the third to player to win the Lance Todd Trophy, Harry Sunderland Trophy, and the Man of Steel Award.

He and his sister, Claire, both attended De La Salle School.

He was teammates with Kevin Sinfield on the English team which competed in the 2008 Rugby World Cup.