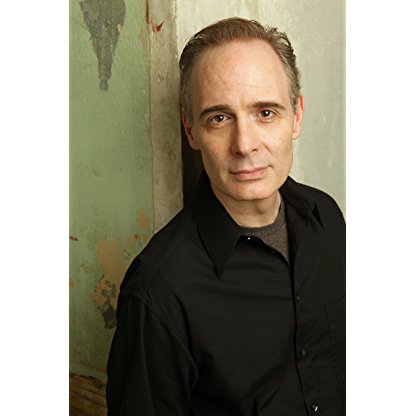 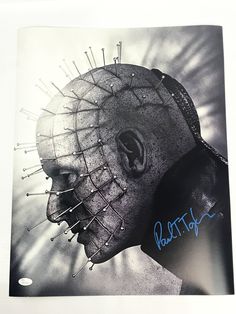 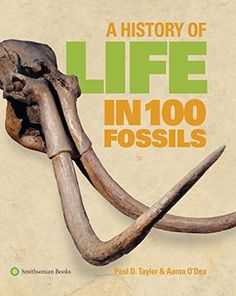 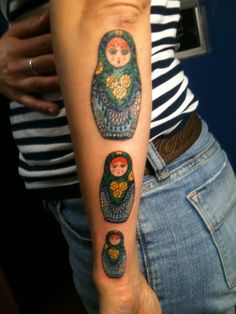 The film expands on the lore introduced in the earliest films, with it being described by Paul Taylor as a "jumping off point" for a sequel that " ... could continue the story that it tells because it's a true Hellraiser script with a beginning, a middle, and a sort of ambiguous end. And these new characters they introduced could be in Future Hellraiser films." The actor elucidated that, should a sequel go into production, he would want to return as Pinhead but would also applaud a larger budgeted reboot starring Doug Bradley. Tunnicliffe said of Judgment's ending, "My attitude is that if he's the king of the castle, then what hurts Pinhead? Taking away his crown. Maybe if he is bored and it's become a drudgery, maybe being banished to the earthly realm and then finding his way back would make him more aggressive; make him come back with a vengeance." He stated that the possibility of a Judgment sequel is "purely a question of fan reaction and economics." Addressing the themes of pain and pleasure in the 1987 film, the Director specified "Honestly that is the stuff I love the most. Unfortunately, the people holding the pink slip on the movie really struggle with those elements, I was able to get some pretty strange stuff past them on this one, but the heavy sadomasochistic stuff might have to wait until they have more faith in me." He stated that he had no particular idea for a sequel, spin-off, or follow-up of any kind when developing the film, "I have thought about it afterwards, what I think would be great fun. Maybe a new Cenobite ruler comes in, and this Cenobite's not doing a great job. And underhandedly, the Auditor is leaving a trail of breadcrumbs for the guy who is Pinhead to find his way back, and he gets pulled in. And then it's like, he turns up, and it's like a showdown between the newly born Pinhead and this guy who's taken over his mantle." He later went on that if such a showdown took place, he would intend on bringing back the Cenobites seen in the original film, particularly the Female Cenobite and Butterball Cenobite.

Decades prior to the development of Hellraiser: Judgment, Dimension Films had obtained the rights to the pre-existing Hellraiser and Children of the Corn film series within the same frame, their first usages being Hellraiser III: Hell on Earth and Children of the Corn II: The Final Sacrifice, having been shot back-to-back in North Carolina in 1991. Since then, the company has been required to periodically produce films in both series in order to maintain the rights to the intellectual properties. Near the release of Hellraiser: Bloodline in 1996, Gary J. Tunnicliffe, who was involved with the special effects of both Hellraiser III: Hell on Earth and Bloodline, pitched a Hellraiser story for him to potentially direct called Holy War to Dimension executive Bob Weinstein; an opening scene was storyboarded about a priest seeking a path to the kingdom of God through perpetual suffering. It was alleged by Tunnicliffe that Weinstein overlooked it and re-evaluated the franchise after the success of the slasher film Scream. Tunnicliffe continued to provide the special effects for the franchise's sequels through Hellraiser: Hellworld (2005), which had all gone direct-to-video after Bloodline, but was unhappy with the quality of the films. Later nearing a deadline to maintain Hellraiser and Children of the Corn, Dimension Films offered him the opportunity to write and direct a Hellraiser sequel himself. He was able to write the screenplay for the 2011 film Hellraiser: Revelations, but couldn't direct it due to a scheduling conflict involving him doing FX work on Scream 4.

IGN's william Bibbiani assessed that "Hellraiser: Judgment is one of the better of straight-to-video Hellraiser sequels, but that says a lot more about how bad those other films are than how good this one is. The imagery is creepy and the pacing is brisk, but the story is a faded carbon copy of other, better serial killer thrillers, and the new additions to the Hellraiser mythology rob the Cenobites of their deviant allure and otherworldly menace." Brad Miska of Bloody Disgusting called the film "the most authentic Hellraiser since Bloodline (1996)", adding "While sluggish, it at least serves a purpose... Everything comes full circle in the final moments, adding an entirely new dimension to the Hellraiser franchise. Solely for Hellraiser apologists, Judgment does just enough to warrant its existence."

The original synopsis that Tunnicliffe wrote began with a Christian missionary approaching a rundown house to spread the word of God, only to be captured by the Auditor at the entrance. The next fifteen to twenty minutes would focus on the audit of the missionary, as he is processed through Hell's workers for judgment – the Auditor, the Assessor, the Jury, the Surgeon, the Butcher, the Seamtress, and the Bone Collectors. Two days later, a cop is captured by the Auditor after pulling up to the house in search of the missing missionary. Tunnicliffe wanted the Hell sequences to be more nightmarish than what appeared in the final film. The scene continues similar to the previous audit, until the Assessor chokes while consuming the pages of the policeman's sins. After witnessing this, a distraught Auditor goes to Pinhead for assistance, who then gathers the Chatterer and the Female Cenobite for the three of them to find out what went wrong during the process. The film then provides flashbacks showing multiple police investigations to mislead the audience into thinking that the cop is innocent. Afterwards, an angel enters the scene and has a confrontation with Pinhead, where she demands that the cop be released. The cop exits the house and later returns with armed policemen, but they find the house to be empty. Elsewhere, Pinhead and the Auditor go over the cop's sins and find out that he isn't actually innocent, leading to another confrontation with the angel. The next day, the cop wakes up to the Cenobites invading his home, the audience learns of the cop's immoral acts, and the next fifteen minutes of the film would involve the Cenobites capturing and doing as they please with him.

Hellraiser: Judgment was initially set for a 2017 release window. In July 2016, Tunnicliffe told Dread Central that "Apart from the couple of images and the casting information that was released, we've decided to stay tight-lipped now until the film's release next year. It seems to me that any images or fodder given out in good faith are kinda twisted around – usually to the negative – so the best response really is the film itself I suppose." In February 2017, he updated on the situation, stating that the film was completed, "It's edited – got sound and music, and it's all done. There's a trailer. There's a poster. It's not a big Photoshop thing, it's like a Drew Struzan picture. But apparently they did see it and think, 'We may do a limited theatrical on it.' But I don't know. They will release it when they see fit." In October 2017, Paul T. Taylor provided a potential explanation for the delay, stating that the film may not have finished post production: "I have a reliable source who just informed me that Hellraiser: Judgment has been on a shelf for a while, unfinished. But now that Harvey Weinstein is out of the picture, Hellraiser: Judgment has been taken off that shelf and is back in post-production." Taylor explored his reasoning later in an interview, "I wonder if the movie would have ever been released if the women who have come forward to share their stories about Harvey had remained silent. I think it just wasn’t a priority for the studio to release it, but now they need all the money they can get." The official trailer and release date were made public on January 9, 2018. After a near two year period silence from Dimension Films, Lionsgate Films picked up the distribution rights for both Hellraiser: Judgment and Children of the Corn: Runaway, with Judgment being released via digital and home media platforms on February 13, 2018. Lionsgate had obtained the distribution for the films from their acquisition of Anchor Bay Entertainment.

On what it would take for him to return to the role of Pinhead, Bradley explained "I'd absolutely be open to doing it again. I’ve never closed the door on the idea. Right place, right time, right motives, right script. I’m pretty relaxed about other actors playing the role. Since I turned down both movies, it follows that I knew other actors would get to play the part. Good luck to them. I don’t know about 'taking over': enjoying temporary ownership, maybe." He expressed a particular interest in starring in a film adaptation of the Hellraiser novel The Scarlet Gospels, but accentuated that no such film was in development to his knowledge.