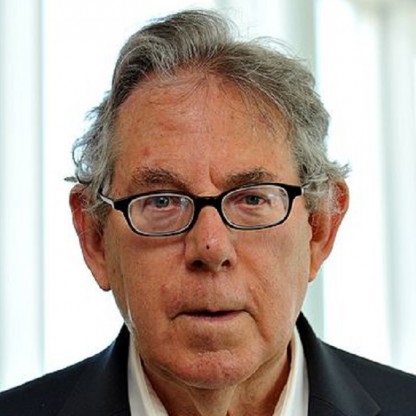 Paul J. Crutzen was born on December 03, 1933 in Amsterdam, Netherlands, Dutch, is Atmospheric Chemist. Paul Jozef Crutzen is a Dutch atmospheric chemist, well-known for his work on ozone depletion and global warming. He won the 1995 Nobel Prize in Chemistry for his work in atmospheric chemistry, particularly concerning the formation and decomposition of ozone. He was born in early 1930s, around seven years before Netherlands came under Nazi occupation. Brought up under a harsh condition by his working class parents, he managed to complete his schooling in time; but missed getting a university stipend. Therefore, he enrolled at a Middelbare Technische School and worked his way up to become a civil engineer. Later he joined the Department of Meteorology at the University of Stockholm as a computer programmer and at the same time began enhancing his academic qualifications, acquiring first a MS and then a PhD on photochemistry of atmospheric ozone. Later while working as a postdoctoral fellow in England he established his theory of ozone depletion and also demonstrated that increased use of nitrogen-rich fertilizers and fossil fuel is responsible for such a phenomenon. The work later earned him the Nobel Prize in Chemistry. He spent his later years working on global warming and is one of promoters of the theory of nuclear winter. He believes that, "Nuclear war could easily mean the destruction of not only our race, but most of the planetary life as well”.
Paul J. Crutzen is a member of Scientists 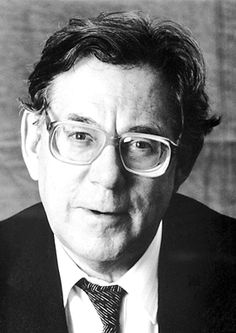 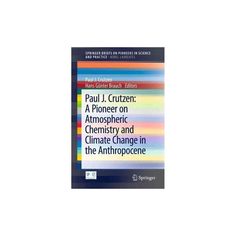 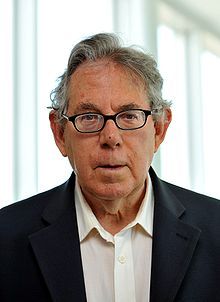 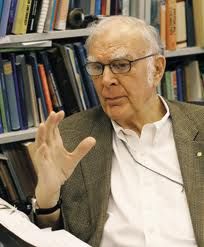 To assign a more specific date to the onset of the "anthropocene" seems somewhat arbitrary, but we propose the latter part of the 18th century, although we are aware that alternative proposals can be made (some may even want to include the entire holocene). However, we choose this date because, during the past two centuries, the global effects of human activities have become clearly noticeable. This is the period when data retrieved from glacial ice cores show the beginning of a growth in the atmospheric concentrations of several "greenhouse gases", in particular CO2 and CH4. Such a starting date also coincides with James Watt's invention of the steam engine in 1784.

In addition to the Nobel Prize, Crutzen has won several other awards. this is a partial list, a full list can be found on Crutzen's website.

Crutzen's childhood began just a few years before the start of World War II. In September 1940, the same year Germany invaded The Netherlands, Crutzen entered his first year of elementary school. After many delays and school switches all caused by events in the war, Crutzen graduated from elementary school and moved onto “Hogere Burgerschool” (Higher Citizens School) in 1946, where he became fluent in French, English, and German. Along with languages he also focused on natural sciences in this school, from which he graduated in 1951. After this he entered a Middle Technical School where he studied Civil Engineering. However his schooling would be cut short as he had to serve 21 months of compulsory military Service in the Netherlands.

In 1956 Crutzen met Terttu Soininen, whom he would marry a few years later in February 1958. In December of the same year, the couple had a daughter by the name of Ilona. In March 1964, the couple had another daughter, Sylvia.

Crutzen has conducted research primary in atmospheric chemistry. He is best known for his research on ozone depletion. In 1970 he pointed out that emissions of nitrous oxide (N2O), a stable, long-lived gas produced by soil bacteria, from the Earth's surface could affect the amount of nitric oxide (NO) in the stratosphere. Crutzen showed that nitrous oxide lives long enough to reach the stratosphere, where it is converted into NO. Crutzen then noted that increasing use of fertilizers might have led to an increase in nitrous oxide emissions over the natural background, which would in turn result in an increase in the amount of NO in the stratosphere. Thus human activity could affect the stratospheric ozone layer. In the following year, Crutzen and (independently) Harold Johnston suggested that NO emissions from the fleet of, then proposed, supersonic transport (SST) airliners(a few hundred Boeing 2707s), which would fly in the lower stratosphere, could also deplete the ozone layer; however more recent analysis has disputed this as a large concern.

He lists his main research interests as “Stratospheric and tropospheric chemistry, and their role in the biogeochemical cycles and climate”. Since 1980, he works at the Department of Atmospheric Chemistry at the Max Planck Institute for Chemistry, in Mainz, Germany; the Scripps Institution of Oceanography at the University of California, San Diego; and at Seoul National University, South Korea. He was also a long-time adjunct professor at Georgia Institute of Technology and research professor at the department of Meteorology at Stockholm University, Sweden.

Crutzen was also a leader in promoting the theory of nuclear winter. Together with John Birks he wrote the first publication introducing the subject: The atmosphere after a nuclear war: Twilight at noon (1982). They theorized the potential climatic effects of the large amounts of sooty smoke from fires in the forests and in urban and industrial centers and oil storage facilities, which would reach the middle and higher troposphere. They concluded that absorption of sunlight by the black smoke could lead to darkness and strong cooling at the earth’s surface, and a heating of the atmosphere at higher elevations, thus creating atypical meteorological and climatic conditions which would jeopardize agricultural production for a large part of the human population.

In a Baltimore Sun newspaper article printed in January 1991, along with his nuclear winter colleagues, Crutzen hypothesized that the climatic effects of the Kuwait oil fires would result in "significant" nuclear winter-like effects; continental-sized effects of sub-freezing temperatures.

Steve Connor, Science Editor of the Independent, wrote: Professor Paul Crutzen, who won a Nobel Prize in 1995 for his work on the hole in the ozone layer, believes that political attempts to limit man-made greenhouse gases are so pitiful that a radical contingency plan is needed. In a polemical scientific essay that was published in the August 2006 issue of the journal Climatic Change, he says that an "escape route" is needed if global warming begins to run out of control.

One of Crutzen's research interests is the Anthropocene. In 2000, in IGBP Newsletter 41, Crutzen and Eugene F. Stoermer, to emphasize the central role of mankind in geology and ecology, proposed using the term anthropocene for the current geological epoch. In regard to its start, they said:

In January 2008, Crutzen published findings that the release of nitrous oxide (N2O) emissions in the production of biofuels means that they contribute more to global warming than the fossil fuels they replace.

He has co-signed a letter from over 70 Nobel laureate Scientists to the Louisiana Legislature supporting the repeal of Louisiana’s creationism law, the Louisiana Science Education Act. In 2003 he was one of 22 Nobel laureates who signed the Humanist Manifesto.