Paul Harvey was born on September 04, 1918 in Tulsa, United States, is Radio Broadcaster. A booming, crystal clear voice that greeted the listeners of radio for six long decades, radio broadcaster Paul Harvey was the voice of radio’s Golden Era. A friendly voice that people listened to with great admiration, his name became synonymous with radio broadcasting of his time. Equally famous for his way of delivering news as he was for presenting commercials, he was a favorite of not just the masses but also of the various companies whose products he endorsed on the radio. His radio programs were heard by more than 24 million people a week, such was the enormity of his popularity. Known for his crisp voice and distinctive style of speaking, he is considered the godfather of radio broadcasting. He was a very active and hardworking man who got up before dawn to start working. His dedication and passion towards his profession did not wane even when he reached his eighties. He was a conservative and his talks reflected his right-wing political views, but what made him different from other broadcasters was the simple language he used and the tales he told of the average American lifestyle that made people connect with him. There was a “folksy” element to his style and that’s why he was one of America’s most loved radio broadcasters.
Paul Harvey is a member of Media Personalities 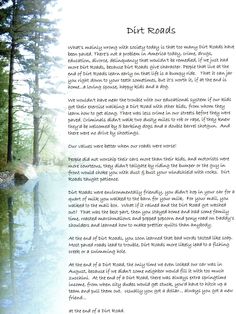 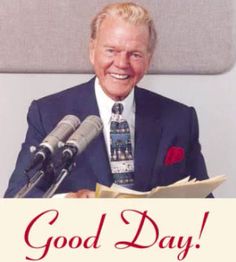 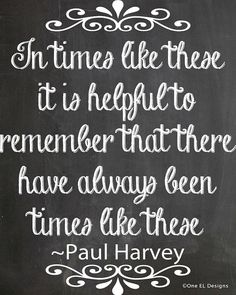 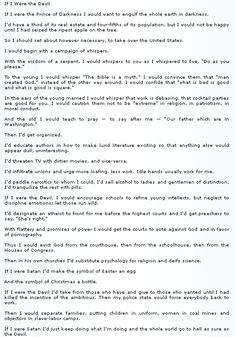 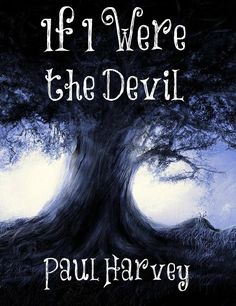 Harvey was elected to the National Association of Broadcasters National Radio Hall of Fame and Oklahoma Hall of Fame, and appeared on the Gallup poll list of America's most admired men. In addition he received 11 Freedom Foundation Awards as well as the Horatio Alger Award. Harvey was named to the DeMolay Hall of Fame, a Masonic youth organization, on June 25, 1993.

In 2005, he was awarded the Presidential Medal of Freedom, the United States' most prestigious civilian award, by President George W. Bush. Bush's remarks summarized Harvey's career: "He first went on the air in 1933, and he's been heard nationwide for 54 years. Americans like the sound of his voice...over the decades we have come to recognize in that voice some of the finest qualities of our country: patriotism, the good humor, the kindness, and common sense of Americans."

On May 18, 2007, he received an honorary degree from Washington University in St. Louis.

Paul Harvey was inducted as a Laureate of The Lincoln Academy of Illinois and awarded the Order of Lincoln (the State’s highest honor) by the Governor of Illinois in 1987 in the area of Communication.

Harvey was born and raised in Tulsa, Oklahoma, the son of Harry Harrison Aurandt (1873–1921) and Anna Dagmar (née Christensen) Aurandt (1883–1960). His father was born in Martinsburg, Pennsylvania; his mother was a native of Denmark. He had one sibling, an older sister Frances Harrietta (née Aurandt) Price (1908–1988).

In 1921, when Harvey was three years old, his father was murdered. His father and a friend (a Tulsa police detective) were rabbit hunting while off-duty around 9pm when approached by four armed men who attempted to rob them. Mr. Aurandt was shot and died two days later of his wounds. The four Robbers were identified by the surviving detective, and arrested the day after Aurandt died. A lynch mob of 1,500 people formed at the jail, but all four were smuggled out, tried, convicted, and received life terms.

While attending the University of Tulsa, he continued working at KVOO, first as an announcer, and later as a program Director. Harvey, at age nineteen spent three years as a station manager for KFBI AM, now known as KFDI, a radio station that once had studios in Salina, Kansas. From there, he moved to a newscasting job at KOMA in Oklahoma City, and then to KXOK, in St. Louis in 1938, where he was Director of Special Events and a roving reporter.

In 1940, Harvey married Lynne Cooper of St. Louis. She was inducted into Phi Beta Kappa at Washington University in St. Louis and a former schoolteacher. They met when Harvey was working at KXOK and Cooper came to the station for a school news program. Harvey invited her to dinner, proposed to her after a few minutes of conversation and from then on called her "Angel," even on his radio show. A year later she said yes. The couple moved to Chicago in 1944.

Harvey was an avid pilot. He served in the US Army Air Corps from 1943-1944. Harvey had been an Aircraft Owners and Pilots Association (AOPA) member for more than 50 years, and would occasionally talk about flying to his radio audience. He was a member of the Experimental Aircraft Association (EAA), and was frequently seen at EAA AirVenture in Oshkosh, Wisconsin. He was responsible for funding the Paul Harvey Audio-Video Center at EAA headquarters in Oshkosh. Harvey was also an early investor in the Duluth, Minnesota-based aircraft Manufacturing company, Cirrus Aircraft. According to AOPA Pilot contributing Editor Barry Schiff, Harvey coined the term skyjack, and is credited with popularizing the terms Reaganomics and guesstimate.

Harvey then moved to Chicago, where in June 1944, he began broadcasting from the ABC affiliate WENR. In 1945, he began hosting the postwar employment program Jobs for G.I. Joe on WENR. Harvey added The Rest of the Story as a tagline to in-depth feature stories in 1946.

On April 1, 1951, before the grand jury's decision, the ABC Radio Network debuted Paul Harvey News and Comment "Commentary and analysis of Paul Harvey each weekday at 12 Noon". Harvey was also heard originally on Sundays; the first Sunday program was Harvey's introduction. Later, the Sunday program would move to Saturdays. The program continued until his death.

Beginning in 1952, Harvey was a friend of FBI Director J. Edgar Hoover. Harvey would often submit "advance copies of his radio script for comment and approval." It is believed that Harvey's friendship with Hoover helped Harvey escape Criminal charges relating to his trespassing at Argonne National Laboratory. Nevertheless, Paul Harvey was happy to defend his friend, and spoke of him on his show of April 25, 1963, saying: "God help the United States without John Edgar Hoover. ... (FBI) Director Hoover is not retiring. If you have heard otherwise, somebody's sinister wish was the father of that thought. It is not so."

From the late 1960s through the early 1980s, Harvey recorded five-minute video editorials that local television stations could insert into their local news programs or show separately. Some of those editorials were recorded, such as his "Warning To The Nation," broadcast on ABC Radio on April 3, 1965 and "Freedom to Chains," from the same year.

Harvey was also a close friend of George Vandeman and the Reverend Billy Graham. From the mid-1970s until the mid-1980s, Harvey attended Calvary Memorial Church in Oak Park. When the church moved from its original location on Madison Street to the former Presbyterian Church on Lake Street, Harvey asked his friend Graham to preach at the dedication Service. Harvey associated with various congregations of different denominations. He and his wife regularly attended the Camelback Adventist Church in Scottsdale, Arizona during his winters there. He often quoted Adventist pioneer Ellen G. White in his broadcasts and received the "Golden Microphone" Award for his professionalism and graciousness in dealing with the church. He was also active with a small Plymouth Brethren meeting in Maywood, Illinois called Woodside Bible Chapel.

In the latter half of his career, Harvey was also known for the radio series The Rest of the Story, described as a blend of mystery and history, which premiered on May 10, 1976. The series quickly grew to six broadcasts a week, and continued until Harvey's death in 2009. The Rest of the Story series was written and produced by the broadcaster's son, Paul Harvey, Jr., from its outset and for its thirty-three year duration. Harvey and his radio network stated that the stories in that series, although entertaining, were completely true. This was contested by some critics, including urban legend expert Jan Harold Brunvand.

Harvey was elected to the National Association of Broadcasters National Radio Hall of Fame and Oklahoma Hall of Fame, and appeared on the Gallup poll list of America's most admired men. In addition he received 11 Freedom Foundation Awards as well as the Horatio Alger Award. Harvey was named to the DeMolay Hall of Fame, a Masonic youth organization, on June 25, 1993.

In November 2000, Harvey signed a 10-year, $100 million contract with ABC Radio Networks. A few months later, after damaging his vocal cords, he went off the air, but returned in August 2001.

In 2005, he was awarded the Presidential Medal of Freedom, the United States' most prestigious civilian award, by President George W. Bush. Bush's remarks summarized Harvey's career: "He first went on the air in 1933, and he's been heard nationwide for 54 years. Americans like the sound of his voice...over the decades we have come to recognize in that voice some of the finest qualities of our country: patriotism, the good humor, the kindness, and Common sense of Americans."

On May 17, 2007, Harvey told his radio audience that Angel had developed leukemia. Her death, at the age of 92, was announced by ABC radio on May 3, 2008. When she died at their River Forest home, the Chicago Sun-Times described her as, "More than his astute Business partner and Producer, she also was a pioneer for women in radio and an influential figure in her own right for decades." According to the founder of the Museum of Broadcast Communications, Bruce DuMont, "She was to Paul Harvey what Colonel Parker was to Elvis Presley. She really put him on track to have the phenomenal career that his career has been."

On March 4, Gil Gross was chosen to become the next host of News & Comment. New owners Citadel Broadcasting, which had bought ABC Radio from Disney in 2008, chose Mike Huckabee, instead, but the show lasted only one week before being taken off the air. Gross was actually happy not to have to do the show as that would have had him going into KGO San Francisco at around 1:00 a.m. to prep for the show that morning for the East Coast broadcasts (and his talk show was not until the late afternoon).

Harvey's full-length biography, Good Day! The Paul Harvey Story, was published in May 2009 by Regnery Publishing.

On February 3, 2013, a recording of Harvey's "So God Made a Farmer" commentary was used by Ram Trucks in a commercial titled "Farmer," which aired during Super Bowl XLVII.

Paul Harvey was inducted as a Laureate of The Lincoln Academy of Illinois and awarded the Order of Lincoln (the State’s highest honor) by the Governor of Illinois in 1987 in the area of Communication.