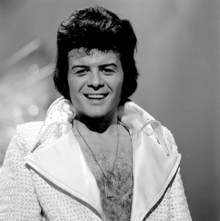 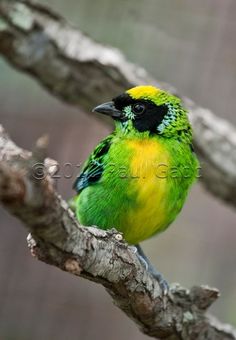 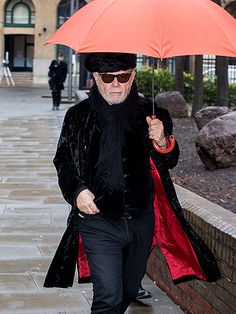 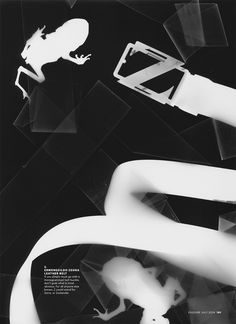 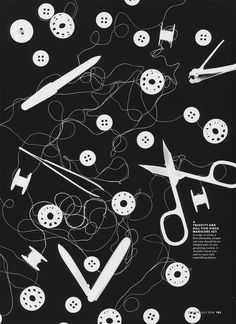 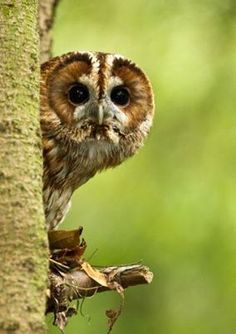 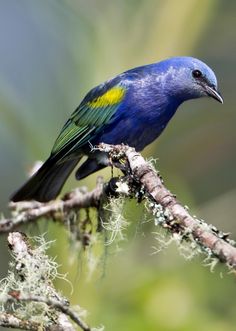 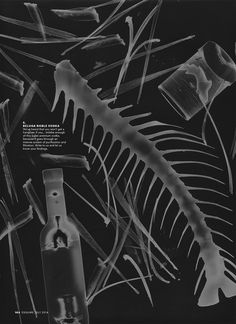 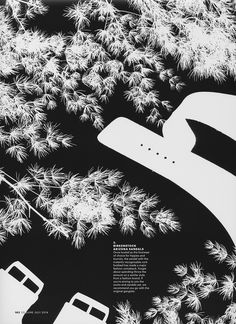 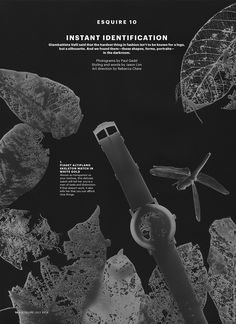 Paul Francis Gadd was born on 8 May 1944 in Banbury, Oxfordshire, England. His mother, a cleaner, was unmarried, and initially brought him up with the help of her mother; he never knew his father. He was hard to control and at the age of 10, along with his brother, he was taken into local authority care. Although nominally a Protestant, he was educated at a Roman Catholic school. He frequently ran away to London, to the clubs that were to be the launching ground of his career.

By the time he was 16, Gadd was already performing at London clubs. His career grew as he appeared at such venues as the Two I's, in Soho, and the Laconda and Safari Clubs. His repertoire consisted of early rock and roll standards and gentle ballads. He gained his first break when film Producer Robert Hartford-Davis discovered him and financed a recording session for Decca Records. In January 1960, at 15, under the stage name Paul Raven, he released his first single, "Alone in the Night".

A year later, with a new manager, Vic Billings, he signed a new recording contract with Parlophone and worked with record Producer George Martin, before Martin's association with the Beatles. Martin produced two singles, "Walk on Boy" and "Tower of Strength", but neither sold very well and Raven's recording career stalled. By 1964, Raven was reduced to working as an assistant, and playing the warm-up for the British music television programme Ready Steady Go!. He did numerous TV commercials and film auditions, and in the course of those activities met arranger and record Producer Mike Leander who eventually helped revive his career. He even auditioned for the role of the protagonist in the film Privilege (1967), which was written and directed by Peter Watkins, known for the television drama The War Game.

Raven joined the Mike Leander Show Band in early 1965. Then he was deputised to produce a few recording sessions by such artists as Thane Russell and a Scottish freakbeat band, the Poets. After Leander's group disbanded, Raven formed Boston International with Saxophonist John Rossall, and spent the following five years touring the UK and Germany, recording occasionally. From 1968 to 1970, several singles including "Musical Man", "Goodbye Seattle" and a cover version of the Beatles' "Here Comes the Sun" were released, his name briefly changed to Paul Monday. As the glam movement took off in 1971, Raven adopted the new stage name Gary Glitter, which he devised by playing alliteratively with letters of the alphabet, working backwards from Z. Other options included Terry Tinsel, Stanley Sparkle and Vicky Vomit.

During his long career as a singer, Glitter undertook many tours to various venues around the world. His first tour was of the Middle East, as Paul Raven and the Boston International in 1967. He toured amongst other places, Cyprus, Jordan, Lebanon, Turkey and Armenia.

Glitter was an influence on a number of Musicians and genres from the 1970s onwards, especially British punk, post-punk, new wave, gothic rock, Britpop and glam metal.

In 1973, Glitter appeared at the London Palladium. It was a sell-out concert. In the same year his performance at the Rainbow Theatre was recorded and released as a live album, Remember Me This Way. Glitter undertook a world tour, performing in Europe, Scandinavia, Australia, and New Zealand. He continued to tour until 1976, and his temporary retirement from music.

In 1976, Glitter faced declining record sales. He took a two-year-long exile, living in France and Australia, before returning to the UK, and beginning his comeback.

During his comeback period of the 1980s, he did fewer tours, and mainly toured Britain. He did shows in Ireland, Germany, France, America and Bahrain. During the 1990s, he toured America several times, finally gaining the significant popularity he sought in the 1970s. In 1995, he undertook his last major tour, visiting Dubai, Abu Dhabi, Bangkok and Singapore. His final tour, entitled "A Night Out with the Boys: Could This Be for the Last Time?" took place in 1997. In 2005, Glitter had been living in Vietnam without the knowledge of the authorities. His presence there only came to their attention after he had offered to sing in local bars in Vũng Tàu.

The Leader, his best-selling autobiography, was published in 1991. He was a surprise hit at the 1994 FIFA World Cup concert in Chicago, which was telecast live to forty-six countries. He played the Godfather in the 1996 revival tour of the Who's Quadrophenia. He also released a new single, a cover version of "The House of the Rising Sun". The English rock band Oasis used a sample from Glitter's 1973 chart hit "Hello, Hello, I'm Back Again" on their 1995 multi-million-selling album (What's the Story) Morning Glory?, one of a number of acts that borrowed from his songbook.

Glitter had homes in Wedmore, North Somerset, and London at the time of his arrest in 1997.

In November 1997, Glitter was arrested after a technician discovered pornographic images of children on the hard drive of a laptop that he had taken to a computer retailer in Bristol for repair. He was castigated in the media over the allegations. Additionally, his appearance in the Spice Girls' musical comedy film Spice World was cut, though a truncated edit of the scene, featuring a version of Glitter's "I'm the Leader of the Gang (I Am)", was left in the film. At Bristol Crown Court on 12 November 1999, Mr Justice Butterfield sentenced Glitter to four months in prison and placed him on the sex offender register in the UK after he admitted downloading more than 4,000 items of child pornography. He was cleared of a charge of having sex with a 14 year old girl, Alison Brown, in the late Seventies. Brown had had a relationship with Glitter for some years. It was later revealed that Brown had sold her story to the News of the World and stood to earn more money from the newspaper should Glitter be convicted.

In September 2001 he released a new studio album, On, that included material written before his 1999 British conviction. That material was to have been part of a project called Lost on Life Street until that album's release was cancelled following his arrest. By December 2004, after releasing a new single, "Control", Glitter was in the news again concerning his behaviour; NGOs had been petitioning the government with their own evidence aimed at arresting Glitter. He moved to Vietnam.

Following rejection by the British public and facing scrutiny from the press following his arrest and conviction, Glitter fled on his yacht Voyageur to Spain. He travelled to Cuba before settling in Cambodia. Glitter lived in Cambodia until 2002 when he was deported and banned from the country because of suspected child sexual abuse, after which he settled in Vietnam.

After his arrest, Glitter was turned over to provincial police from Bà Rịa–Vũng Tàu and returned to Vũng Tàu and held on suspicion of having sex with the two underage girls. Glitter was held in jail throughout the Criminal investigation, which was completed on 26 December 2005. The charge of rape was dropped for "lack of evidence" (according to Glitter's lawyer), although the singer admitted that an 11-year-old girl had slept in his bed. Glitter could have faced execution by firing squad if found guilty of child rape. After having received compensatory payments from Glitter, the families of the girls appealed for clemency for him.

On 15 June 2006, in a closed hearing, the People's Supreme Court of Appeals heard Glitter's appeal for a reduced sentence. The three-judge panel rejected the appeal four weeks later. Although he was calm throughout the 40-minute reading of the verdict, upon leaving the courthouse, he shouted angrily to reporters and denounced Vietnamese justice for not hearing the defence arguments. On 7 February 2007, it was announced that his sentence had been reduced by three months. In anticipation of his release, the Philippines barred Glitter from entering that country as of 16 May 2008.

On 25 June 2008, The Daily Telegraph reported that Glitter planned to record a new album after his prison release. He was quoted as saying "I have an incomplete album that I want to finish. I have been thinking about the plan during my days in jail. I have sung rock 'n' roll for 40 years. After jail, I will continue to rock 'n' roll."

On his return to the United Kingdom, Glitter was added to the Sex Offenders Register for life, and stated an intention to appeal against this decision; on 16 January 2009 it was announced that he had abandoned this move.

In 2011 a collection of hits and B-sides was issued under the title All that Glitters.

News reports stated that, as of late July 2013, Glitter may have earned a total of £1,000,000 from royalties derived from the Oasis song "Hello" that sampled "Hello, Hello, I'm Back Again". Music industry Lawyer Craig Brookes cited this monetary sum in addition to the royalties from his back catalogue of songs—£300,000 a year or more—and the estimated £200,000 Glitter was awarded for copyright infringement after he enacted legal action against Oasis in 1999. In 2014, Billboard reported that "Rock and Roll Part 2", co-written by Glitter with Mike Leander, was earning an estimated $250,000 a year in royalties due to its use in the NHL.

In October 2012, ITV aired the documentary "The Other Side of Jimmy Savile" in its Exposure strand, which detailed allegations of sexual misconduct by the BBC presenter who had died the previous year. Accounts included an accusation against Glitter who was alleged to have raped a 13- or 14-year-old girl in Savile's BBC dressing room. On 28 October, Glitter was arrested and questioned by police in London as part of Operation Yewtree. Glitter was released on police bail until the middle of December, and was subsequently re-bailed until February. On 5 June 2014, Glitter was charged with eight counts of sexual offences committed against two girls aged 12–14 between 1977 and 1980.

In May 2015, Glitter, under his real name, Paul Gadd, began an appeal against his convictions. On 17 November 2015 Glitter's appeal was denied by the Court of Appeal, which said there was nothing "unsafe" about the conviction.