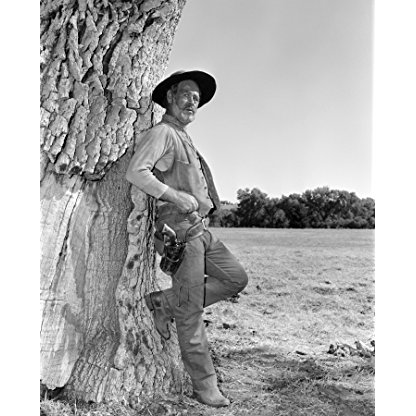 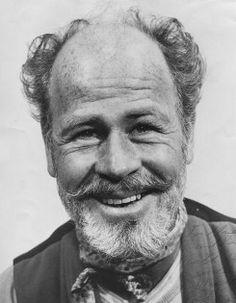 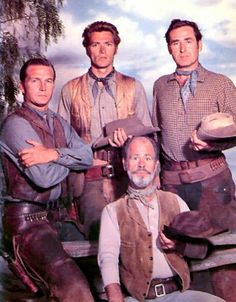 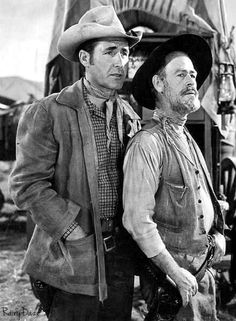 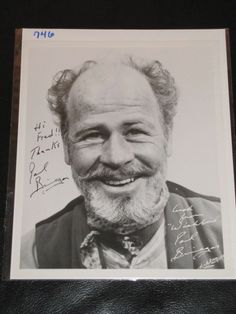 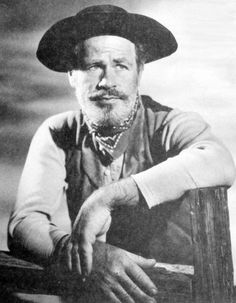 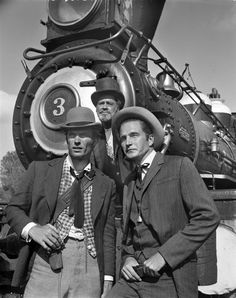 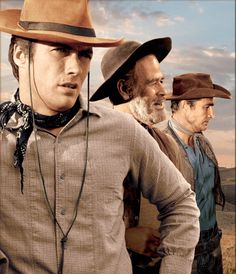 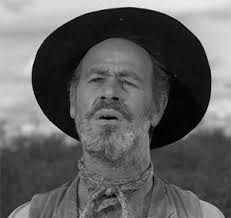 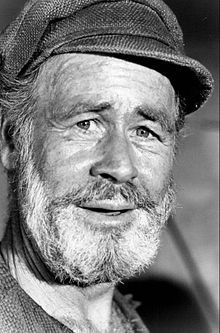 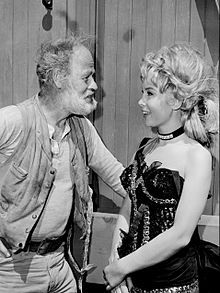 Paul Alden Brinegar Jr. was born in 1917 in Tucumcari in eastern New Mexico, the first child of Paul A. Brinegar Sr., a farmer, and Louise Brinegar

After his graduation in 1935, he left Santa Fe to attend Pasadena Junior College in California. There he studied drama, literature, and art. According to the United States Census of 1940, Brinegar was back in Santa Fe by May of that year living with his parents and his two younger brothers, Warren and Robert.

The 1940 census also identifies him at that time as an independent "Writer" and his father then as a freelancing "general short hand Reporter". Soon thereafter young Brinegar joined the United States Navy to serve four years during World War II as a chief radio operator in the South Pacific. After the war he returned to California, where he applied his military training and experience to earn a living in the Los Angeles area as a radio repairman. He also resumed his pursuit of an acting career in his spare time, playing bit parts in movies.

Brinegar appeared more than 100 times between 1946 and 1994 in western films, often specializing in playing "feisty, grizzled Cowboy sidekicks". On television, from 1956 to 1958, he played James H. "Dog" Kelley, the mayor of Dodge City, Kansas, in the ABC/Desilu western series The Life and Legend of Wyatt Earp starring Hugh O'Brian. Brinegar appeared in that series 33 times as Kelley and in one other episode in another role. In 1959 he played Ludwig, a bartender, in the episode "The Ringer" of the western series The Texan with Rory Calhoun. Brinegar, however, is best remembered as the cattle-drive cook George Washington Wishbone on the CBS series Rawhide from 1959 to 1966. Earlier he had played a similar role, one as the character Tom Jefferson Jeffrey, in the 1958 movie Cattle Empire upon which Rawhide was based.

Brinegar's first credited appearance in a feature film was in Larceny (1948). From there, he launched a steady film career that slowed considerably in the late 1950s, after he began appearing on television but did not end until 1994, when Brinegar made his final screen appearance, as a stagecoach driver, in the 1994 film version of Maverick.

Brinegar guest-starred mostly in westerns, including the Saturday morning series on CBS, Tales of the Texas Rangers in the 1956 episode "The Hobo." In 1967, he guest-starred in the episode "Take the Southbound Stage" of the NBC series, Daniel Boone, starring Fess Parker in the title role.

Brinegar also made two guest appearances on CBS's Perry Mason. His first appearance on that series, prior to Rawhide, was in 1958. He performed as Tom Sackett in the first-season episode titled "The Case of the Sun Bather's Diary". His second appearance on Perry Mason was during the series' ninth and final season. He played Jason Rohan in the 1966 episode "The Case of the Unwelcome Well".

On October 1, 1966, he was cast as a prospector, Sawbuck, in the episode "Solid Gold Cavity" of the syndicated Death Valley Days, hosted by Robert Taylor and filmed in Sedona, Arizona. In the storyline based on a true incident, Sawbuck saves the life of Dr. John Beers, a young dentist, who on the trail to San Francisco is attacked and left for dead by two bandits. Dr. Beers (played by Thomas Peters) repays Sawbuck by taking some of the prospector's gold and making him a set of gold teeth, for which Beers subsequently obtained a patent. That same month, Brinegar played Rupert Johnson, who entered a partnership to cook for a feisty miner in return for half of the gold findings in the Death Valley Days episode "The Lady and the Sourdough". Amzie Strickland played the "lady", the neighboring widow Laticia Daigle.

In the 1968-1970 CBS western series Lancer, Brinegar had the role of Jelly Hoskins; and in 1969 he appeared in the western film Charro! starring Elvis Presley. Then, in 1973, he played the barman in Clint Eastwood's film High Plains Drifter. From 1982 to 1983, returning to television, Brinegar portrayed a humorous cowboy-like character, Lamar Pettybone, during the first season of the ABC series Matt Houston. Later he reprised a revised version of his Rawhide Wishbone character for the 1991 TV movie The Gambler Returns: The Luck of the Draw, in which he delivers a brief monologue that includes about a dozen references to old television western series.

On June 11, 1969, Brinegar played the Death Valley pioneer Jimmy Dayton (died 1899) in the episode "Jimmy Dayton's Bonanza". The aging rancher Dayton takes a saloon girl, played by Marilyn O'Connor, as his wife; but she has second thoughts after she learns that he has exaggerated his wealth. James Wainwright (1938-1999) co-stars as a Cowboy who feigns an interest in Mrs. Dayton. The episode was released three days after the death of series host Robert Taylor.

The veteran actor died of emphysema at the age of 77 in Los Angeles on March 27, 1995. He was buried at Los Angeles National Cemetery and was survived by his wife Shirley and their two sons, Paul III and Mark.