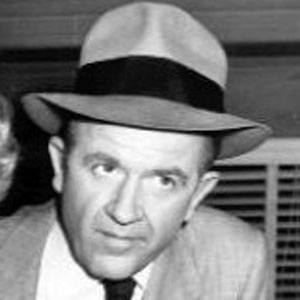 Television actor of the 1950s who starred in the syndicated series, Boots and Saddles and Manhunt.

He acted on stage and had several uncredited parts in films before appearing on the big screen in the thriller, The Brute Man.

He made his television debut on the longrunning CBS series, Suspense, and a month later began a four year run on the series, Big Town.

He grew up with his family in Fort Wayne, northeast Indiana.

He guest-starred on several episodes of The Rifleman, starring Chuck Connors.