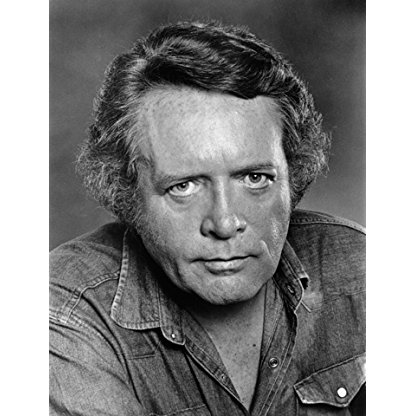 Patrick McGoohan was born on March 19, 1928 in  Astoria, Queens, New York City, New York, United States, is Actor, Producer, Director. Though born in America, Irish actor Patrick McGoohan rose to become the number-one British TV star in the 1950s to 1960s era. His parents moved to Ireland when he was very young and McGoohan acquired a neutral accent that sounds at home in British or American dialogue. He was an avid stage actor and performed hundreds of times in small and large productions before landing his first TV and film roles. McGoohan is one of few actors who has successfully switched between theater, TV, and films many times during his career. He was often cast in the role of Angry Young Man. In 1959, he was named Best TV Actor of the Year in Britain. Shortly thereafter, he was chosen for the starring role in the Danger Man (1964) TV series (AKA 'Secret Agent in the US), which proved to be an immense success for three years and allowed the British to break into the burgeoning American TV market for the first time. By the series' 3rd year, McGoohan felt the series had run its course and was beginning to repeat itself. McGoohan and Lew Grade - the president of ITC (the series' production company), had agreed that McGoohan could leave Danger Man to begin work on a new series, and turned in his resignation right after the first episode of the fourth year had been filmed ("Koroshi"). McGoohan set up his own production company and collaborated with noted author and script editor George Markstein to sell a brand new concept to ITC's Lew Grade. McGoohan starred in, directed, produced, and wrote many of the episodes, sometimes taking a pseudonym to reduce the sheer number of credits to his name. Thus, the TV series The Prisoner (1967) came to revolve around the efforts of a secret agent, who resigned early in his career, to clear his name. His aim was to escape from a fancifully beautiful but psychologically brutal prison for people who know too much. The series was as popular as it was surreal and allegorical, and its mysterious final episode caused such an uproar that McGoohan was to desert England for more than 20 years to seek relative anonymity in LA, where celebrities are "a dime a dozen."During the 1970s, he appeared in four episodes of the TV detective series "Columbo," for which he won an Emmy Award. His film roles lapsed from prominence until his powerful performance as King Edward I (Longshanks) in Mel Gibson's production of Trai Tim Dung Cam (1995). As such, he has solidified his casting in the role of Angry Old Man.
Patrick McGoohan is a member of Actor 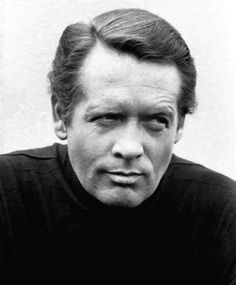 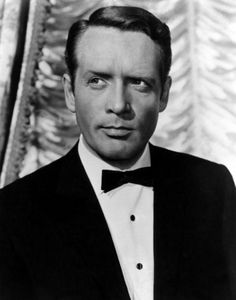 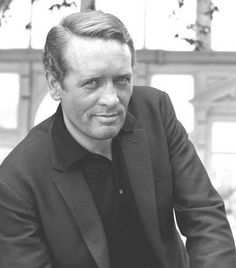 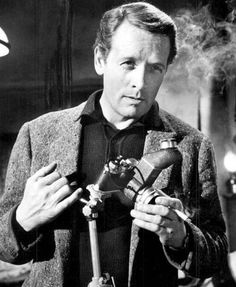 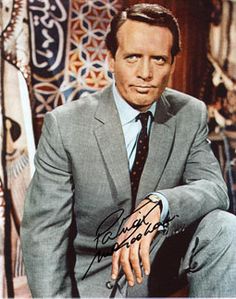 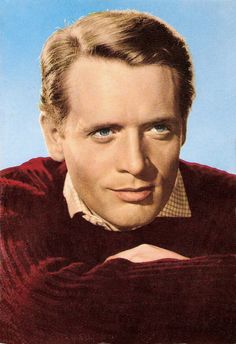 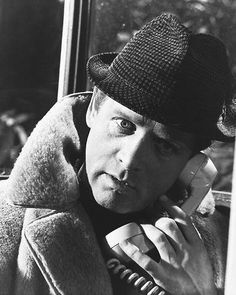 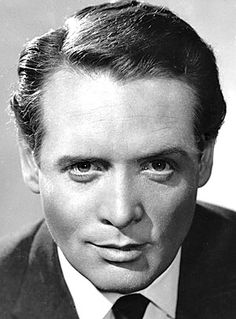 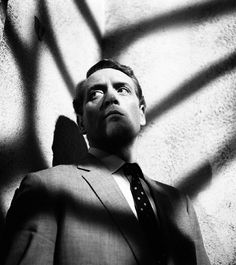 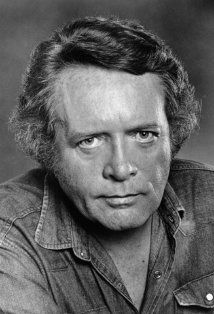 McGoohan fell in love with Actress Joan Drummond, to whom he reportedly wrote love notes every day. They were married on 19 May 1951. They had three daughters, Catherine (born 1952), Anne (born 1959) and Frances (born 1960). The McGoohans settled in the Pacific Palisades district of Los Angeles, California, in the mid-1970s.

His first television appearance was playing Charles Stewart Parnell in "The Fall of Parnell" for You Are There (1954). He had an uncredited role in The Dam Busters (1955), standing guard outside the briefing room. He delivered the line – "Sorry, old boy, it's secret – you can't go in. Now, c'mon, hop it!", which was cut from some prints of the movie.

He also had small roles in Passage Home (1955), The Dark Avenger (1955) and I Am a Camera (1955). He could also be seen in Zarak (1956) for Warwick Films. On TV he was in "Margin for Error" in Terminus (1955), guest starred on The Adventures of Sir Lancelot and Assignment Foreign Legion, The Vise and The Adventures of Aggie, and played the lead in "The Makepeace Story" for BBC Sunday Night Theatre (1955). He also appeared in Welles' film of Moby Dick Rehearsed.

While working as a stand-in during screen tests, McGoohan was signed to a contract with the Rank Organisation. Rank put him in mostly villainous parts: High Tide at Noon (1957), directed by Philip Leacock; Hell Drivers (1957), directed by Cy Endfield, as a violent bully; and the steamy potboiler The Gypsy and the Gentleman (1958), directed by Joseph Losey.

He had good roles on TV in anthology series such as Television Playwright, Folio, Armchair Theatre, ITV Play of the Week and ITV Television Playhouse. McGoohan was given a leading role in Nor the Moon by Night (1958), shot in South Africa.

His favourite part for the stage was the lead in Ibsen's Brand, for which he received an award. It appeared in a (still extant) BBC television production in August 1959. Michael Meyer thought that McGoohan's performance in Meyer's translation of Brand in 1959 was the best and most powerful performance he'd ever seen. It was McGoohan's last appearance on stage for 28 years.

Soon, production executive Lew Grade approached McGoohan about a television series in which he would play a spy named John Drake. Having learned from his experience at the Rank Organisation, he insisted on several conditions in the contract before agreeing to appear in the programme: all the fistfights should be different, the character would always use his brain before using a gun, and, much to the horror of the executives, no kissing. The series debuted in 1960 as Danger Man, a half-hour programme geared toward an American audience. It did fairly well, but not as well as hoped.

McGoohan appeared in Two Living, One Dead (1961), shot in Sweden. He starred in two films directed by Basil Dearden, All Night Long (1962), an updating of Othello, and Life for Ruth (1962). He also starred in an adaptation of The Quare Fellow (1962) by Brendan Behan.

McGoohan spent some time working for Disney on The Three Lives of Thomasina (1963) and The Scarecrow of Romney Marsh (1963).

After he had also turned down the role of Simon Templar in The Saint, Lew Grade asked him if he would like to give John Drake another try. This time, McGoohan had even more say about the series. Danger Man (US: Secret Agent) was resurrected in 1964 as a one-hour programme. The scripts now allowed McGoohan more range in his acting. The popularity of the series led to McGoohan becoming the highest-paid actor in the UK, and the show lasted almost three more years.

After the end of The Prisoner, McGoohan presented a TV show, Journey into Darkness (1968-69). MGM cast him as a spy in an action film, Ice Station Zebra (1968), for which his performance as a psychologically tightly-wound British spy drew critical praise.

He was meant to follow it with the star part of Dirk Struan in an expensive adaptation of the James Clavell best seller Tai-Pan but the project was cancelled before filming. Instead McGoohan made The Moonshine War (1970) for MGM.

McGoohan played James Stewart, 1st Earl of Moray in Mary, Queen of Scots (1971). He directed Richie Havens in a rock-opera version of Othello called Catch My Soul (1974) but he disliked the experience.

McGoohan received two Emmy Awards for his work on Columbo, with his long-time friend Peter Falk. McGoohan had said that his first appearance on Columbo (episode: "By Dawn's Early Light", 1974) was probably his favourite American role. He directed five Columbo episodes (including three of the four in which he appeared), one of which he also wrote and two of which he also produced. McGoohan was involved with the Columbo series in some capacity from 1974 to 2000 and his daughter Catherine McGoohan appeared with him in his final episode, Ashes to Ashes. The other two Columbo episodes in which he appeared are "Identity Crisis" (1975) and "Agenda For Murder" (1990).

In 1977, he starred in the television series Rafferty, playing a former army Doctor who has retired and moved into private practice.

McGoohan starred in The Best of Friends (1991) for Channel 4, which told the story of the unlikely friendship between a museum curator, a nun, and a Playwright. McGoohan played George Bernard Shaw alongside Sir John Gielgud as Sydney Cockerell and Dame Wendy Hiller as Sister Laurentia McLachlan. In the United States, the drama was shown as part of Masterpiece Theatre by PBS.

Also in this period he featured as King Edward I in Braveheart (1995), which won five Academy Awards. It seemed to revitalise McGoohan's career: he was then seen as Judge Omar Noose in A Time to Kill (1996), and in The Phantom (also 1996) a cinema adaptation of the comic strip.

In 2000, he reprised his role as Number Six in an episode of The Simpsons, "The Computer Wore Menace Shoes". In it, Homer Simpson concocts a news story to make his website more popular, and he wakes up in a prison disguised as a holiday resort. Dubbed Number Five, he meets Number Six, and later betrays him and escapes with his boat; referencing his numerous attempts to escape on a raft in The Prisoner, Number Six splutters "That's the third time that's happened!"

McGoohan's name was linked to several aborted attempts at producing a new film version of The Prisoner. In 2002, Simon West was signed to direct a version of the story. McGoohan was listed as executive Producer for the film, which never came to fruition. Later, Christopher Nolan was proposed as Director for a film version. However, the source material remained difficult and elusive to adapt into a feature film. McGoohan was not involved in the project that was ultimately completed. A reimagining of the series was filmed for the AMC network in late 2008, with its broadcast taking place during November 2009.

Orson Welles was so impressed by McGoohan's stage presence ("intimidated," Welles would later say) that he cast him as Starbuck in his York theatre production of Moby Dick—Rehearsed. Welles said in 1969 that he believed McGoohan "would now be, I think, one of the big actors of our generation if TV hadn't grabbed him. He can still make it. He was tremendous as Starbuck." and "with all the required attributes, looks, intensity, unquestionable acting ability and a twinkle in his eye."