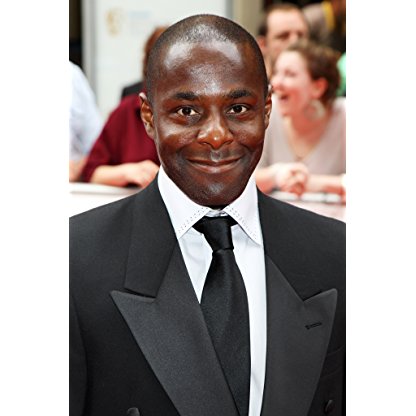 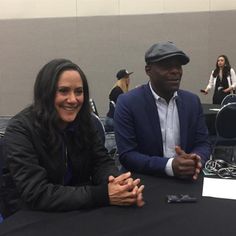 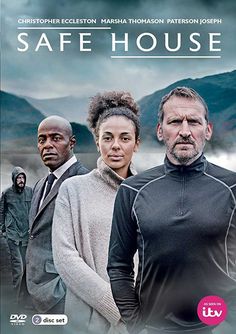 In 1991, Joseph won second prize in the Ian Charleson Awards, for his 1990 performances of Oswald in King Lear, Dumaine in Love's Labour's Lost, and the Marquis de Mota in The Last Days of Don Juan, all at the Royal Shakespeare Company. In 1992 he starred as Richard Henry in Blues for Mister Charlie by James Baldwin, directed by Greg Hersov at the Royal Exchange, Manchester.

In 2000, Joseph appeared as Keaty in the Hollywood film The Beach alongside Leonardo DiCaprio. In 2005, he starred as Giroux alongside Charlize Theron in Paramount Pictures' Æon Flux.

Joseph provided the narration for the National Geographic series Mega Cities from 2005 to 2011, and Wild Russia in 2009. He played Tyler in the BBC Switch film Rules of Love in 2010.

He also appeared in the acclaimed drama Sex Traffic, in the TV version of Kwame Kwei-Armah's acclaimed play Elmina's Kitchen and in the Doctor Who episodes "Bad Wolf" and "The Parting of the Ways" as Rodrick, a contestant on a Futuristic Weakest Link. He has also appeared in various supporting roles in Dead Ringers. In 2006 he appeared in the television Sketch show That Mitchell and Webb Look, in which he played Simon, a contestant on the game show Numberwang.

In 2007, Joseph played Space Marshall Clarke in two series of the BBC sci-fi sitcom Hyperdrive, and was Benjamin Maddox in the BBC drama series Jekyll. He also provided the voice of K.O. Joe in Chop Socky Chooks.

In 2008, he played Greg Preston in Survivors, the BBC remake of the 1970s science fiction drama of the same name. He repeated the role for the second series in 2010, after which the programme was cancelled. Also in 2008, Joseph appeared as former hitman Patrick Finch in Series 1, Episode 5 of The Fixer.

In 2009, he was the bookmakers' favourite to become Doctor Who's Eleventh Doctor, but the role was awarded to Matt Smith.

In 2011, he returned to Doctor Who, where he appeared in the audio drama Earth Aid, playing Victor Espinosa. In November 2016 he played the title role in the BBC radio adaptation of the short story by Neil Gaiman, How the Marquis Got His Coat Back. Joseph had previously played the part of the Marquis de Carabas in the 1996 BBC TV six-part drama Neverwhere.

Joseph's theatre credits include the title role in Othello at the Royal Exchange, Manchester, as well as parts in Henry IV, King Lear, and Hamlet for a performance in New York City. In 2012 he played Brutus in a performance by the RSC of Julius Caesar set in Africa. In 2004 he undertook a project, filmed for Channel 4 in a documentary entitled My Shakespeare, to direct a version of Romeo & Juliet, using 20 young non-actors from the deprived Harlesden area of London.

He currently plays the messianic "Holy Wayne" Gilchrest on the original HBO dramatic series The Leftovers, which began airing in 2014, and he has recently portrayed General Arnold Gaines on You, Me and the Apocalypse.

In 2016, Joseph narrated the BBC Two documentary Inside Obama's White House. He also took up the role of Connor Mason in the TV series Timeless.