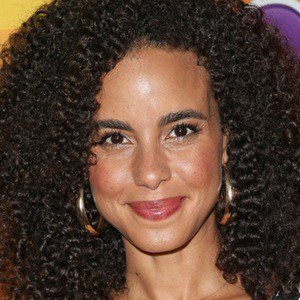 Jamaican-American actress best known for her role as Reva Connors in Midnight, Texas.

She made her TV debut as Charlene Franklin in CSI: NY in 2006.

She played The Sorcerer's Apprentice.

She married Araya Crosskill in 2002.

She portrayed Meghan Markle in the TV movie Harry & Meghan: A Royal Romance.