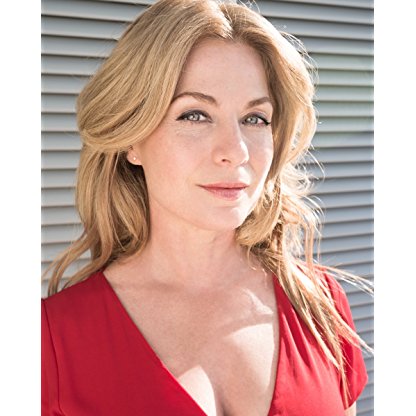 Paris Jefferson was bornon March 19, 2006 in  London, England, United Kingdom, is Actress, Camera Department. Paris Jefferson was born in London and raised in Sydney, Australia. She trained as a dancer before becoming an actress. Since her move back to London she has played both English and American leading roles in the UK, USA and Ireland. She is best known for her role in Xena: Warrior Princess, A Will of Their Own, The Diamond of Jeru and Valentine's Again.From 2006-2012 her theatre credits include the lead in Anna Karenina, The Constant Wife, Present Laughter and Private Lives at the Gate Theatre, Dublin and at the Spoleto Festival, USA, and Frankie & Johnny at the York Theatre Royal, UK.Paris is also a photographer.
Paris Jefferson is a member of Actress 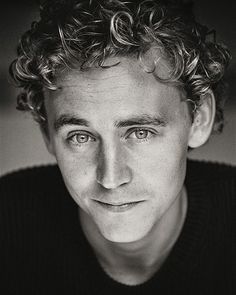 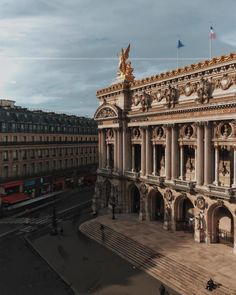 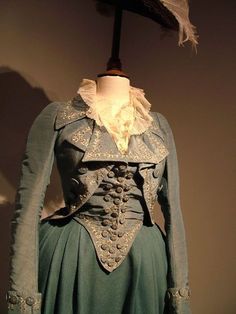 Jefferson Parish is not a safe place to return to at this time. Therefore, I am exercising my authority under the Louisiana Disaster Act and issuing a 'lock out' order for all Jefferson Parish citizens until 6 a.m. on Monday, September 5th.

I have asked the Governor to utilize the State Police and National Guard for assistance in this mandatory lockout. This time will be needed to clear debris from streets so people can enter Jefferson Parish at their own risk.

We are at a catastrophic, disastrous impasse. There are a tremendous amount of trees down, gas leaks, low water pressure, and downed electrical lines which could start a fire that we have no way of putting out. There are no traffic controls. Many places are still flooded and this standing water will become toxic.

Jefferson Parish emergency managers will need this time to at least clear major East/West thoroughfares so that you can enter Jefferson Parish. However, I strongly suggest that you just come here to gather more belongings and leave, as it will still be a dangerous place. I cannot stress strongly enough that there will be no stores to purchase food or supplies so please do so prior to coming back to Jefferson Parish.

Try to stay with friends and relatives out of the hurricane affected area during the weeks to come. We cannot sustain any viable quality of life in Jefferson Parish at this time or for some time to come.

Jefferson Parish was named in honor of US President Thomas Jefferson of Virginia when the parish was established by the Louisiana Legislature on February 11, 1825, a year before Jefferson died. A bronze statue of Jefferson stands at the entrance of the General Government Complex on Derbigny Street in Gretna. The parish seat was in the city of Lafayette, until that area was annexed by New Orleans in 1852. In that year the parish government moved to Carrollton, where it remained for twenty-two years.

NOTE: The historic city of Lafayette in Jefferson Parish, as it was recorded in U.S. Census records until 1870, should not be confused with Lafayette, Louisiana, in Lafayette Parish.

Originally, this parish was larger than it is today, running from Felicity Street in New Orleans to the St. Charles Parish line. However, as New Orleans grew, it absorbed the cities of Lafayette, Jefferson City, Carrollton, and several unincorporated areas (faubourgs). These became part of Orleans Parish. The present borders between Jefferson Parish and Orleans Parish were set in 1874. The Jefferson Parish seat was moved to Gretna at the same time.

Flooding on the east bank has been frequently attributed to the decision by parish leadership to deactivate the stormwater pumping systems and evacuate the operators during the storm. Katrina's substantial storm surge may have swamped even operating pumping stations but Broussard's activation of the parish's "Doomsday Plan" is the most frequently cited reason for the flooding in all areas of the east bank except Old Metairie and parts of Harahan. Pump operators were evacuated to areas outside the parish that were themselves severely affected by the storm and pump station personnel were consequently unable to immediately return to restart the pumps. They did not arrive until the morning of August 31. Water resulting from the backflow through the non-operating pumping stations, as well as storm-related rainwater, remained on the streets and in the homes of residents of Metairie and Kenner for a day and a half. Many homes which were not severely damaged by storm winds took heavy flood damage, especially along both sides of the West Esplanade canal, from the 17th Street Canal to Kenner. The parish has subsequently announced that it will change the way it evacuates critical personnel during an emergency, both through the construction of "safe-houses" and use of existing facilities on the west bank of Jefferson Parish. The original "safe-house" project was severely modified due to rising costs and was further delayed due to a conflict of interest revealed by the original contractors. There are also plans to add manual closures on the pumping stations due to the failure of the compressed air systems during Katrina's storm surge.

From the 1940s to the 1970s, Jefferson's population swelled with an influx of middle-class white families from Orleans Parish. The parish's population doubled in size from 1940 to 1950 and again from 1950 to 1960 as the parents behind the post–World War II baby boom, profiting from rising living standards and dissatisfied with their old neighborhoods, chose relocation to new neighborhoods of detached single-family housing. By the 1960s, rising racial tensions in New Orleans complicated the impetus behind the migration, as many new arrivals sought not only more living space but also residence in a political jurisdiction independent from New Orleans proper.

The earliest postwar subdivisions were developed on the Eastbank of Jefferson Parish ("East Jefferson") along the pre-existing Jefferson Highway and Airline Highway routes, often relatively far-removed from the New Orleans city line, as land prices were lower further away from New Orleans and land assembly was easier. The completion of Veterans Highway in the late 1950s, following a route parallel to Airline but further north, stimulated more development. The arrival of I-10 in the early 1960s resulted in the demolition of some homes in the Old Metairie neighborhood, where development began in the 1920s, but resulted in even easier access to suburban East Jefferson.

In the portion of Jefferson Parish on the Westbank of the Mississippi River ("West Jefferson"), large-scale suburban development commenced with the completion, in 1958, of the Greater New Orleans Bridge crossing the Mississippi River at downtown New Orleans. Terrytown, within the city limits of Gretna, was the first large subdivision to be developed. Subsequent development has been extensive, taking place within Harvey, Marrero, Westwego and Avondale.

Similar to the development trajectory observed by other U.S. suburban areas, Jefferson began to enjoy a significant employment base by the 1970s and 1980s, shedding its earlier role as a simple bedroom community. In East Jefferson, the Causeway Boulevard corridor grew into a commercial office node, while the Elmwood neighborhood developed as a center for light Manufacturing and distribution. By the mid-1990s, Jefferson Parish was exhibiting some of the symptoms presented by inner-ring suburbs throughout the United States. Median household income growth slowed, even trailing income growth rates in New Orleans proper, such that the inner city began to narrow the gap in median household income, a gap at its widest at the time of the 1980 Census. St. Tammany Parish and, to a lesser extent, St. Charles Parish began to attract migrants from New Orleans, and increasingly even from Jefferson Parish itself. These trends were catalyzed by Hurricane Katrina, which destroyed much of New Orleans' low-income housing and propelled further numbers of lower-income individuals into Jefferson Parish.

With the landfall of Hurricane Katrina on August 29, 2005, Jefferson Parish took a hard hit. On the East Bank, widespread flooding occurred, especially in the eastern part of the parish, as well as much wind damage. Schools also were reported to have been severely damaged. On the West Bank, there was little to no flooding, though there was still much wind damage. As a result, the Jefferson Parish Council temporarily moved the parish government to Baton Rouge. Evacuees of Jefferson Parish were told that they could expect to be able to go back to their homes starting Monday, September 5, 2005 between the hours of 6 a.m. CDT and 6 p.m. CDT, but would have to return to their places of evacuation because life in the area was not sustainable. There were no open grocery stores or gas stations, and almost the entire parish had no electric, water, or sewerage services. Moreover, evacuations out of New Orleans were continuing to be staged from the heart of Metairie at the intersection of Interstate 10 and Causeway Boulevard, and traffic throughout the area was primarily restricted to emergency and utility vehicles.

A Business report released in April 2007 found Jefferson Parish led the nation in job growth, for the quarter ending September 30, 2006, as rebuilding continued after Hurricane Katrina. Jefferson Parish President Aaron Broussard believes that Jefferson Parish will reach pre-Katrina numbers or even exceed those numbers, as residents who are still evacuated from New Orleans return to Jefferson Parish to be closer to New Orleans as they await federal recovery money to repair their homes.

According to the Parish's 2011 Comprehensive Annual Financial Report, the top employers in the parish are:

Broussard's report of the events he discussed on Meet the Press have subsequently proven to be inaccurate. The son of the drowned woman was later identified as Thomas Rodrigue, who replied, "No, no, that's not true," when told of Broussard's account. An MSNBC interview with the man revealed that Rodrigue tried to contact his mother at the St. Rita nursing home on the days before the storm – Saturday, August 27 and Sunday, August 28, not Monday through Friday as Broussard had claimed—to encourage the home to evacuate. They did not, resulting in the deaths by drowning of more than 30 other residents.

Michael S. Yenni is the current President of Jefferson Parish, elected in 2015.

Much additional consideration has been given to the different Problem of the flooding in Old Metairie that resulted from Jefferson Parish's reliance on the failed Orleans Parish drainage system at the 17th Street Canal and its Pumping Station No. 6. Flooding in this area south of Metairie Road between the Orleans Parish line and Causeway Boulevard was catastrophic and deep water destroyed much of the most expensive real estate in the parish. A temporary plan was devised to pool water at the Pontiff Playground and south of Airline Drive and to divert some into other Jefferson Parish drainage canals. A longer-term project to divert water from this vulnerable area into the Mississippi River has also been suggested, although its expense appears to be prohibitive. Jefferson Parish officials have also struggled to maximize the parish's ability to utilize the significantly reduced pumping capacity of the 17th Street Canal if the threat of storm surge again requires the Corps of Engineers to close the mouth of the canal.