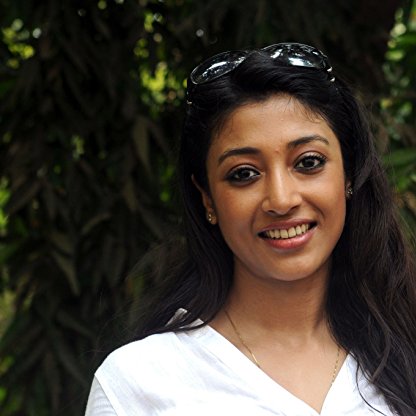 Paoli Dam doesn't disappoint one bit on the latter aspect, she is not bad in terms of her acting abilities either. She doesn't incite the pathos that one could fervently feel for her character's plight. But though her act is not accomplished, she manages to pull off her role quite well.

Dam's upcoming films include Debesh Chattopadhyay's Natoker Moto - Like a Play which, according to Dam, was a "fictional biopic of a famous Actress of the Bengali stage during the 1970s", Auroni Taukhon by Saurav Chakraborty, which is a love story set against the background of communal riots, and Swarup Ghosh's rom-com Tobuo Aparichito.

Dam began her acting career in Bengali television serials. In 2003, she appeared in Jibon Niye Khela, for Zee Bangla and later in the ETV Bangla serial Tithir Atithi, directed by Jishu Dasgupta; the latter ran for six years. The Actress also appeared in Tarpor Chand Uthlo, Sonar Harin and Jaya. Dam has said that she has learned a great deal from Bengali television, and it groomed her for a film career.

Dam's debut Bengali film Teen Yaari Katha, (directed by Sudeshna Roy and Abhijit Guha), began in 2004, but was not released until 2012. Her first film release was Agnipariksha (2006). The film was directed by Rabi Kinagi and produced by Debendra Kuchar; Dam played a supporting role. The Actress next appeared in Tulkalam (2007), directed by Haranath Chakraborty and produced by Pijush Saha. Mithun Chakraborty and Rachana Banerjee played the lead male and female characters, respectively. Dam's third Bengali film release was I Love You, in which she had a supporting role as the heroine's friend. In 2008 the Actress appeared in the Bengali film Hochheta Ki, a comedy of errors directed by Basu Chatterjee, in which Dam played a Bengali housewife.

In 2009 Dam appeared in seven Bengali films, and came into focus with the success of Kaalbela (directed by Goutam Ghose). Based on a Bengali novel by Samaresh Majumdar, the film's background was the Naxalite movement of the 1980s. Dam played Madhabilata, the girlfriend of a young Naxalite leader, and her performance was praised. In its review, The Times of India appreciated: "Pauli, who plays Madhabilata with such integrity that the pain in her eyes and the romance in her voice charms viewers to believe that she has it in her to lend her face to everything that Madhabilita has epitomised". In an interview, Dam said the film was a "turning point" in her career: "Everybody needs a platform – Kalbela gave me the platform. I had to prove myself". Her other six films released that year were Hochchheta ki, directed by Basu Chatterjee; Jamai Raja, directed by Swapan Saha; Box No. 1313; Mallick Bari; Shob Charitro Kalponik, directed by Rituparno Ghosh and Tinmurti.

In 2010, Dam appeared in eleven Bengali films, including Tara (directed by Bratya Basu), Takhan Teish (directed by Atanu Ghosh), Moner Manush (directed by Goutam Ghose), Kagojer Bou (directed by Bappaditya Bandyopadhyay) and Banshiwala (directed by Anjan Das); five of the eleven are unreleased. Moner Manush was Dam's second film with Ghose; in this film she played Komli, a Baul. In its review, The Times of India found Dam making "sincere efforts in portraying the role of Kamli". The Actress later said in an interview that she learned a great deal from working with Ghose.

In 2011, Dam appeared in Chatrak, directed by the Sri Lankan Vimukthi Jayasundara. The Actress played Paoli, a Bengali girl, and the film triggered controversy in India when an explicit unsimulated no-body-double sex scene with Dam and Anubrata Basu was leaked on the Internet.

In 2012, Dam began working on the Konkani film Baga Beach, directed by Laxmikant Shetgaonkar. The Actress said in an interview: "I like working in different kinds of films. I met Laxmikant Shetgaonkar at the Cannes film festival in 2011 and later heard his script for Baga Beach and liked it. I thought it would be a very unique experience working in a Konkani film. And I thought 15 to 20 days of commitment to a film is not much to give".

Dam is scheduled to appear in the Hindi film Yaara Silly Silly, directed by Subhash Sehgal. As of April 2013, she will also appear in Ashuu Trikha's thriller Jee Jaan Se (with Kay Kay Menon and Raveena Tandon) as a homemaker whose life is shattered after the death of her husband. According to a 25 April 2013 article in The Times of India, after working in two Vikram Bhatt films, Dam has been offered a third (also a thriller).

Dam performed an item number in the 2014 comedy-horror film Gang of Ghosts, directed by Satish Kaushik. 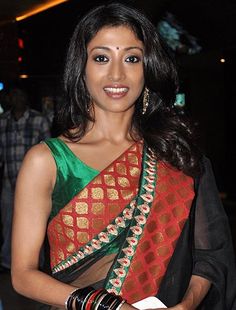 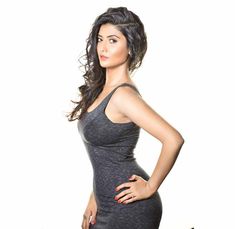