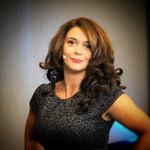 TV actress who played various roles on Morandé con Compañía from 2005 to 2017.

She played Polilla in the TV series Jappening con Ja in 1978.

She appeared on the series Más Vale Tarde in 2014. She has over 280,000 followers on her paoactriz Instagram account.

She posted a photo of her and her husband to Instagram in June 2018.

She and Carla Jara Cadiz both acted together in Vampiras.