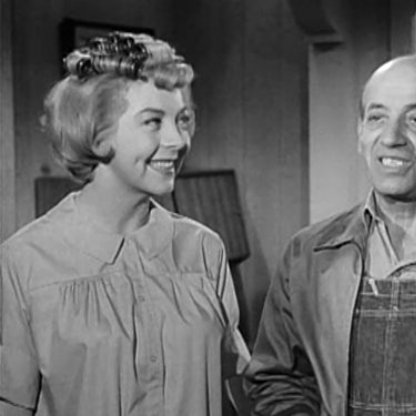 Pamela Britton was bornon March 19, 1923 in  Milwaukee, Wisconsin, United States, is Actress, Soundtrack. Pamela Britton was born Armilda Jane Owen in Milwaukee, Wisconsin. Her mother was Ethel Owen, a prominent stage, radio and early television actress. Pam first used Gloria Jane Owen as her stage name, but not wanting to trade on her mother's reputation, chose Pamela from a British book, and then Britton to emphasize its source. Her father, Raymond G. Owen, was a doctor who passed away prior to 1944. She had two sisters, Virginia Owen, an actress under contract to RKO Radio and Mary Owen, a social worker who lived in Fort Worth, Texas.Pam attended State Teacher's Normal School and Holy Angels Academy in Milwaukee, had leads in her school class plays, and listed horseback riding, tennis and swimming as her favorite sports. In later years, she was an avid golfer. She was doing summer stock by age nine, and was offered a chance to be another Shirley Temple at age ten, but her mother squelched the idea, saying she wanted her to be an actress, not a child star. At age 15, her mother was on Broadway and Pam started to make the rounds, but found people expected her to be as accomplished as her mother, and so she changed her name. Also, while her mother was a dramatic actress, Pam preferred comedy and singing. Discovered by band leader Don McGuire at a party, she was hired as his singer and toured with his band. She also sang at the Latin Quarter.Her big break came when she was cast as Celeste Holm 's understudy in the Broadway company of Oklahoma! and also played Gertie. When the show went on tour, she took over Holm's role as Ado Annie. Touted by her New York agent, he got MGM executive Marvin Schenck to go see her when the show was in Chicago. Schenck was disappointed, not knowing he'd seen her understudy. But the agent got him to come back the next night and Schenck signed her immediately. She was cast as Frank Sinatra 's girlfriend in Anchors Aweigh (1945) but the film roles she was offered afterward weren't satisfying and she went on suspension to play Meg Brockie in Brigadoon on Broadway and on tour for three years.She married Capt. Arthur Steel on April 8, 1943. They met on a blind date in Texas, arranged by Pam's sister, and she kept working while he was on Lt. General Mark Clark's staff in Italy, then went on to serve in the Pacific. They had a daughter, Katherine Lee, on September 8, 1946. Steel became an advertising executive after the war, and went on to manage the Gene Autry Hotels on the West Coast. Pam stuck close to her West Los Angeles home while Kathy was growing up, reprising her role in Brigadoon in the Los Angeles Civic Light Opera revival in 1954, in Annie Get Your Gun at the Santa Barbara Bowl and in Lunatics and Lovers at the Carthay Circle Theatre in Los Angeles. She replaced an ailing Janis Paige in Guys and Dolls with Dan Dailey, Shelley Berman and Constance Towers, on Broadway and on tour.Britton co-starred in D.O.A. (1949) opposite Edmond O'Brien and Beverly Garland, and played Blondie Bumstead in the TV show based on the comic strip. But it is as nosy landlady Mrs. Lorelei Brown on the 1963 TV series My Favorite Martian (1963) that most people remember her. The show also brought her back to MGM, her original Hollywood studio. She made two forgettable films after the series, then returned to her real love, the musical stage. She also loved gardening and played the piano beautifully.It was while performing on tour with Don Knotts in The Mind with The Dirty Man in Arlington Heights, Illinois that she began to have headaches. She went to a doctor and two weeks later, died suddenly of a brain tumor on June 17, 1974, leaving her mother Ethel Owen (who lived to be 103), her husband Art Steel and her daughter Kathy Steel Ferber. She had four grandsons. She is buried at Forest Lawn in Hollywood Hills.
Pamela Britton is a member of Actress 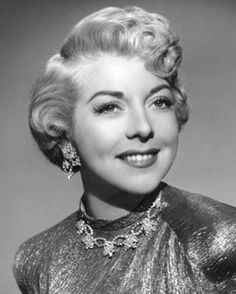 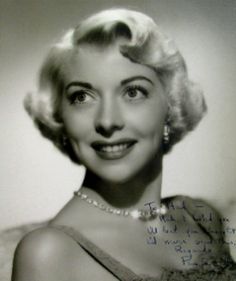 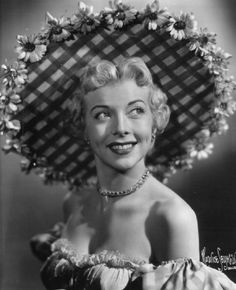 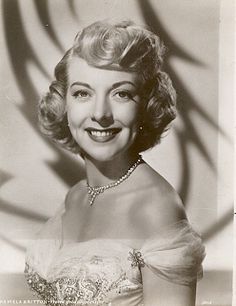 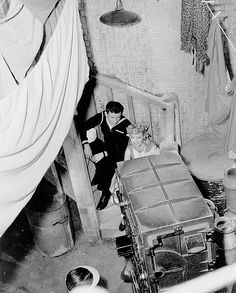 Britton was married on April 8, 1943, in Texas, to Captain Arthur Steel after they met on a blind date arranged by one of her sisters. After the wedding, he was posted to Italy on active Service while Britton remained working at home. They had a daughter, Katherine Lee, born on September 8, 1946. After the war, Steel worked as an advertising executive and went on to manage the Gene Autry hotels (Steel and Autry were first cousins). As their daughter grew up, Britton worked mainly in West Coast theater. She reprised her role in Brigadoon in 1954; appeared in Annie Get Your Gun at the Santa Barbara Bowl; and then returned to Broadway to replace an ailing Janis Paige in Guys and Dolls.

Britton's first role in a major production was as Frank Sinatra's girlfriend in Anchors Aweigh. Afterward, however, came a forgettable part in A Letter for Evie in 1946. She went on hiatus to play the comic role of "Meg Brockie" in the original 1947 production of Brigadoon on Broadway.

Britton portrayed the title role of the TV version of the Chic Young newspaper comic strip Blondie (1957), opposite Arthur Lake as her husband, "Dagwood Bumstead".

What is perhaps her signature role began in 1963 and lasted until 1966 when she appeared as the nosy and ditzy landlady, Mrs. Lorelei Brown, in My Favorite Martian. After the series ended, Britton appeared in the movies, If It's Tuesday, This Must Be Belgium and Suppose They Gave a War and Nobody Came.

In May 1974, while performing on tour with Don Knotts in The Mind with the Dirty Man, Britton began to have headaches. She was diagnosed with a brain tumor and succumbed within weeks. Britton died in Arlington Heights, Illinois, on June 17, 1974. She was 51. She was survived by her husband, daughter, mother, and sister. Britton is buried at Forest Lawn Memorial Park (Hollywood Hills).