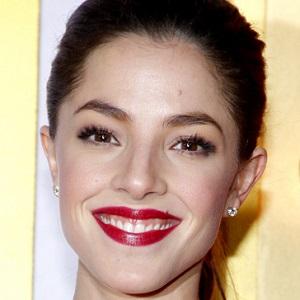 Played a supporting role as Leah in the Oscar-nominated film Juno.

She trained in acting at the American Global Theater and at the Royal Academy of Dramatic Art.

She was still in high school when she was offered a role in the film The Secret.

She is called 'Liv' by her friends and family.

She co-starred as Ellen Page's friend in Juno.