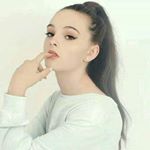 Actress, model and presenter who booked the lead role of Fae for a TV show called Witches.

She trained as an actress at the Lee Strasberg Theory at Melbourne Actor's Lab.

She is from Melbourne, Australia.

Her Instagram feed is full of photos in which she epitomizes characters and celebrities. One of her photo shoots saw her dress as Audrey Hepburn.