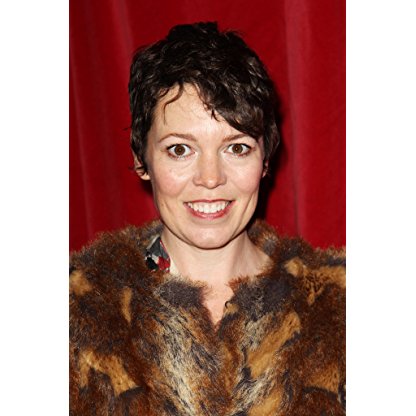 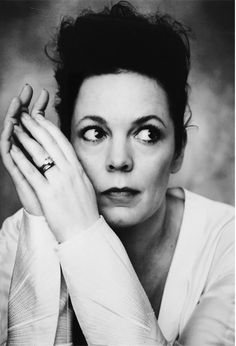 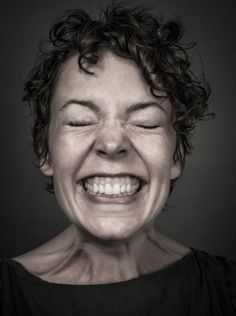 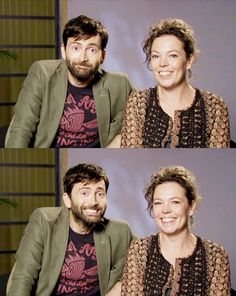 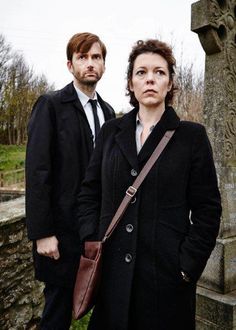 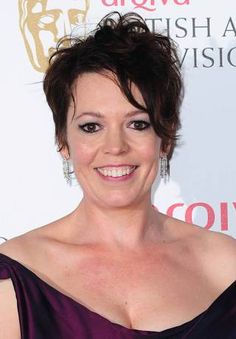 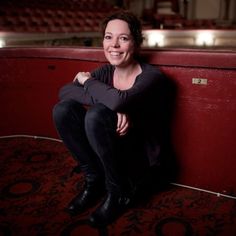 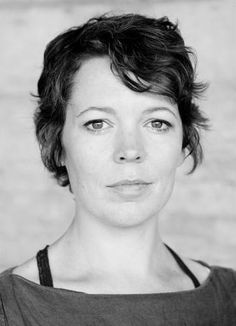 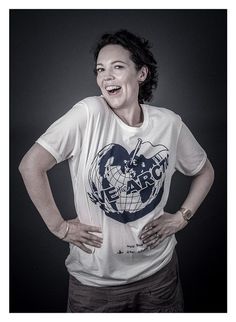 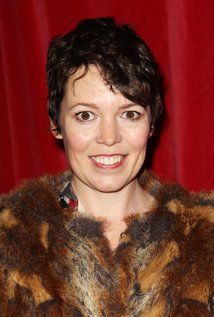 Colman went on to spend a term studying primary teaching at Homerton College, Cambridge. During this time, at the age of 20, she attended the Bristol Old Vic Theatre School which she graduated from in 1999 and also auditioned for the Cambridge University Footlights Dramatic Club and first met Future co-stars David Mitchell and Robert Webb, as well as Peter Serafinowicz.

Colman met her Future husband, Ed Sinclair, then a third-year law student who had become disillusioned with law and preferred to write, in a production of Alan Ayckbourn's Table Manners (from the Norman Conquests trilogy) at Footlights. Colman fell in love with Sinclair at first sight, adding that she thought, "There's the bloke I'm going to marry." She has also said, "My husband and I were very lucky. We met when we had nothing and we loved each other then. So we were all right. We were 20 and he was also an actor. If you meet at that age then you are fine. For me, it was thunderbolts straight away." Crediting Sinclair for helping her get through tough times, Colman has said that "[Sinclair] was gorgeous, the most beautiful thing I'd ever seen," suggesting that the feeling was not instantly mutual. She added, "I stuck with him and made him realise he could only be happy with me. I still feel like I'm punching above my weight." Colman and Sinclair married in August 2001 and have three children together.

Colman first came to prominence for her supporting role as Sophie Chapman in the Channel 4 comedy series Peep Show (2003–2015). Her other TV comedy roles include Green Wing (2004–2006), Beautiful People (2008–2009), Rev. (2010–2014) and Twenty Twelve (2011–2012). She also played various roles in That Mitchell and Webb Look (2006–2008), alongside her Peep Show co-stars David Mitchell and Robert Webb. Colman's move to drama saw her receive critical acclaim for her performance in Paddy Considine's film Tyrannosaur (2011). Her other film roles include PC Doris Thatcher in Hot Fuzz (2007), Carol Thatcher in The Iron Lady (2011), Queen Elizabeth in Hyde Park on Hudson (2012), Bethan Maguire in Locke (2013), Margaret Lea in The Thirteenth Tale (2013), and the Hotel Manager in The Lobster (2015). Colman will portray Queen Elizabeth II in the third and fourth season of the original Netflix series The Crown.

Colman's film credits include naturist Joanna Roberts in the 2006 mockumentary film Confetti – a role she described as "the worst experience of my life", Alice in the 2007 comedy Grow Your Own, and PC Doris Thatcher in the 2007 action comedy Hot Fuzz. Colman played a lead role in Paddy Considine's first two films, the short Dog Altogether (2007), and his feature directorial debut Tyrannosaur (2011). For her role in the latter, she won the BIFA Award for Best Performance by an Actress in a British Independent Film and the Empire Award for Best Actress.

In October and November 2008, Colman appeared in the BBC sitcom Beautiful People, based on the life of Simon Doonan, as Debbie Doonan, Simon's mother. She also made a guest appearance in Skins, in the episode "Naomi" as Naomi's mother Gina. In 2010, Colman took a leading role as Alex Smallbone, the wife of an inner city vicar, in the BBC sitcom Rev. Also in 2010, she guest starred in "The Eleventh Hour" episode of Doctor Who, Matt Smith's debut as the Eleventh Doctor. In 2011, Colman appeared in the BBC drama Exile, written by Danny Brocklehurst and starring John Simm and Jim Broadbent. From 2011 to 2012, she played Sally Owen, the love-lorn secretary to Hugh Bonneville's character Ian Fletcher, in Twenty Twelve, a comedy series about planning for the 2012 Olympic Games in London.

Colman played Carol Thatcher in the 2011 Academy Award-winning drama film The Iron Lady, with Meryl Streep and Jim Broadbent, for which she was awarded the London Film Critics' Circle Award for British Actress of the Year. She then starred in Yorgos Lanthimos' 2015 absurdist dystopian film The Lobster with Rachel Weisz and Colin Farrell, for which she was nominated for the London Film Critics' Circle Award for Supporting Actress of the Year and won the BIFA Award for Best Supporting Actress. She has been cast as Queen Anne in Lanthimos' upcoming film The Favourite, opposite Emma Stone and Rachel Weisz.

In 2013, Colman presented two awards at the Mind Media Awards, which celebrate accurate, responsible and sensitive portrayals of mental health across all areas of the media. Colman believes that "the media industry has huge influence and with that comes a responsibility to contest the stigma that sadly still exists, through accurate representation." Colman has spoken openly to the Big Issue about her experience of post-natal depression after the birth of her first child.

In December 2014, Colman was involved in a radio documentary about the plight of women in Afghanistan on behalf of Amnesty International for the BBC. Several women who told their stories to Journalist Lyse Doucet were unable to appear because their lives might have been at risk. Colman read their stories as part of the documentary. In response to the work, Colman warned that the UK must not abandon Afghan women to the Taliban. She said, "Being a Teacher, a Doctor, a politician – these are important jobs but they shouldn't be dangerous ones. The brave women whose words I've voiced risk so much to educate, to care and to shape the Future of their country. Women like these are the hope for Afghanistan's Future and the UK must not abandon them to the Taliban now."

She has worked with the comedians Mitchell and Webb on several projects. Colman met the duo when they were all students at Cambridge University. She has appeared with them in numerous TV and radio series, such as radio's That Mitchell and Webb Sound, and the television version That Mitchell and Webb Look. She decided to leave the programme after her agent suggested that she was becoming too closely associated with their work and needed to widen her horizons: a decision that was made "with tears". She continued to appear on Peep Show until 2015.