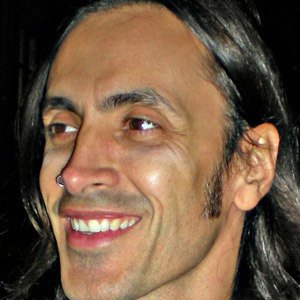 Lead guitarist with the rock band Extreme, the group who released the hits "More Than Words" and "Hole Hearted."

He was more interested in sports than in music growing up. His brother taught him how to play guitar, though he was originally more invested in drums.

He helped form many bands, including Mourning Widows, Population 1, DramaGods, and The Satellite Party.

He was married to the Austalian singer Suze DeMarchi from 1994 until 2011; they share children named Bebe and Lorenzo together.

He has played guitar for Rihanna.