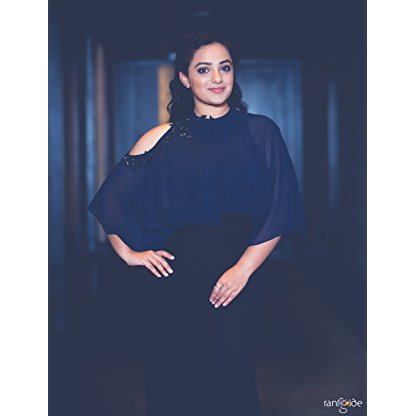 Nithya Menon was born on April 08, 1988, is Actress, Music Department, Soundtrack. Nithya Menon is known for her work on Gunde Jaari Gallanthayyinde (2013), Ala Modalaindi (2011) and OK Kanmani (2015).
Nithya Menon is a member of Actress 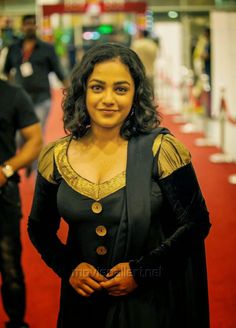 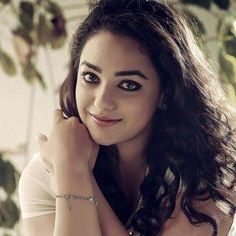 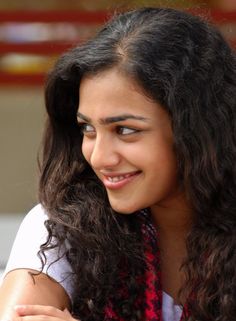 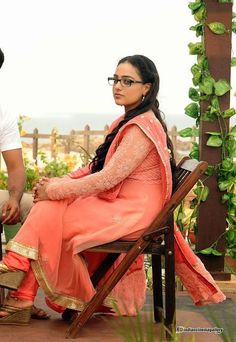 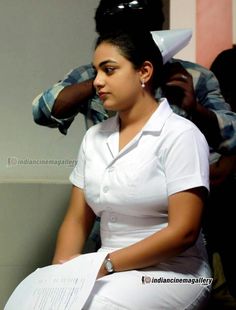 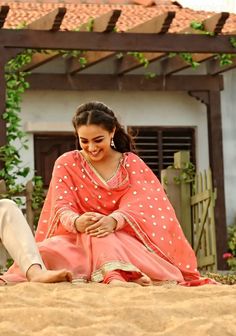 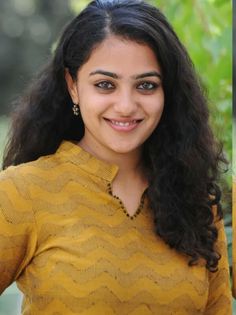 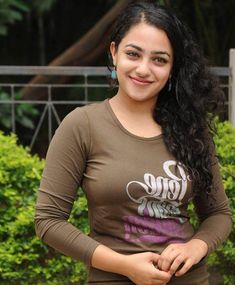 Menen appeared first on screen as a child Artist when she was ten in the Indian English language film, The Monkey Who Knew Too Much (1998), playing the younger sister to Tabu's character. In 2006, she started her acting career as a lead actor with the Kannada film 7 O' Clock directed by Kannada's top Cinematographer Santosh Rai Pataje. The 2008 off-beat film Aakasha Gopuram, directed by National Film Award-winning Director K. P. Kumaran, marked her Malayalam debut, in which she was paired with Mohanlal. She was in the midst of her 12th class exams when she was offered the role, after Mohanlal had spotted her on the front cover of a tourism magazine, Stark World Kerala. Her performance was well received, with critics writing that she shows "sparkle in her debut venture" and "makes her entry in an impressive role", though the film, based on the Norwegian play The Master Builder, got mixed reviews and was a financial failure. She next made a comeback into Kannada films with the super hit film Josh. She played a supporting role in the film, which received rave reviews, and became a commercial success as well, with her performance garnering her a nomination in the Best Supporting Actress category at the 57th Filmfare Awards South.

In 2011, her first release was Nandini Reddy's romantic comedy Ala Modalaindi, which was Nithya's maiden Telugu venture as well. The film opened to favourable reviews by critics and turned out to become a sleeper hit, while Nithya received critical praise for her performance. Idlebrain's Jeevi in his review cited that she "epitomized Nitya character with her fabulous performance", "looks beautiful in all kinds of dresses" and was "the best debut in recent years of Telugu cinema after Samantha in YMC", while another critic wrote that she was a "charming find" and "...quite the Genelia replacement that our cinema so badly needs right now." She eventually won the Nandi Award for Best Actress for her performance and received a nomination for Filmfare Award for Best Actress at the 59th Filmfare Awards South. Further more, she also sang two songs for the Soundtrack album of the film, tuned by Kalyani Malik. Nandini Reddy, later, went on to describe Nithya as "the discovery of the decade". Following Ala Modalaindi, she starred in Santosh Sivan's historical fiction Urumi as part of an ensemble cast. She portrayed a Chirakkal Princess named Bala, playing the love interest of Prabhu Deva's character, which gained positive remarks, with a Sify review claiming that she "looks pretty and is a scene stealer". Nithya quoted that much of her character was based on "Santosh's perception of who I am", with Sivan stating that he had written that role for her and that only she could play it. She received a nomination for Filmfare Award for Best Supporting Actress at the 59th Filmfare Awards South She next appeared in ad-filmmaker Jayendra's bilingual venture 180/Nootrenbadhu, made and released in Tamil and Telugu, in which she played a photo Journalist named Vidhya. She described the character as "bubbly, full of life, nosey, wide-eyed and innocent in life" and to be similar to herself. Later the year, she was seen in Sibi Malayil's Violin in Malayalam and the Gautham Menon-produced Veppam in Tamil.

Her first 2012 release was the Telugu romance film Ishq with Nitin Reddy. She received the CineMAA Award for Best Actress(jury) while received best Actress nomination at the same event and at the SIIMA Awards. She acted in Karmayogi, a Malayalam adaptation of Shakespeare's Hamlet. For the Kannada film Aidondla Aidu she had sung and also choreographed one of the songs, titled "Payasa". She was seen in two Malayalam projects, T. K. Rajeev Kumar's Thalsamayam Oru Penkutty, in which she portrayed a village woman whose daily life is filmed and broadcast as a reality show for a month, and Ustad Hotel directed by Anwar Rasheed.

In 2013, she starred in three Telugu films, Okkadine, Jabardasth and Gunde Jaari Gallanthayyinde and one Kannada movie Mynaa. She played a character with two shades in Gunde Jaari Gallanthayyinde and she dubbed for her as well as for the character of her co-star Isha Talwar. For this movie, she received her first Filmfare Award for Best Telugu Actress at the 61st Filmfare Awards South. In 2014, she made a cameo in the Malayalam movie Bangalore Days, which became the highest grosser of that year. Her Kannada film Mynaa which won the Filmfare Award for Best Film – Kannada in which she plays a character of a physically challenged girl, became a huge blockbuster hit completing 100 days in many centers across Karnataka and her performance was well praised by the critics. She has paired up with Sharwanand for the 2015 Telugu movie Malli Malli Idi Rani Roju. Her performance was well praised by the critics eventually receiving her Filmfare Critics Award for Best Actress South, Nandi Special Jury Award and also receiving her second nomination at Filmfare. With this Nithya became the first Telugu Actress ever to win Critics Award & the Best Actress Award at Filmfare. She did a minor role in the film S/O Satyamurthy, directed by Trivikram'. She appeared opposite Dulquer Salmaan in two films in 2015, 100 Days of Love, a romantic Malayalam film and OK Kanmani, bilingual film directed by Mani Ratnam'. Dulquer and Nithya's on-screen chemistry was praised in the reviews of both films. For OK Kanmani, she received her first Filmfare Award for Best Tamil Actress nomination and won Critics award for best Actress for the same.

In 2016, she starred in three Tamil films, 24 opposite Suriya was opened to high critical acclaim, with critics praising her screen presence and garned her a Filmfare Award for Best Supporting Actress – Tamil nomination at 64th Filmfare Awards South, Another K. S. Ravikumar's bilingual project titled Kotigobba 2 opposite Sudeep while both versions opened to positive reviews, Kannada version became Blockbuster and Tamil version turned out to be a sleeper hit at Box Office. later she starred opposite Vikram in a SciFi thriller Iru Mugan in which she had a limited screen presence. In Telugu she starred in two films, okka Ammayi Thappa opposite Sundeep Kishan opened to negative reviews and tanked at box office, Followed by Janatha Garage opposite Jr. NTR opened to positive reviews, though her role is limited but brought raves from critics and latter was commercially successful at box office.

In 2017, Her only release was a Tamil film Mersal opposite Vijay opened to critical Acclaim with praising portrayal of her character "Aishwarya Vetrimaran" as a loyal wife by critics and Audience alike and the film turned out be a Blockbuster at the box office. Apart from these, she is filming Vk Prakash's praana which marks her comeback to Malayalam industry after 2015's romantic flick 100 days of love, In Telugu, she is currently filming Nani's Production venture Awe and also signed an untitled gangstar drama next opposite Sharwanand which marks her third collaboration with him.