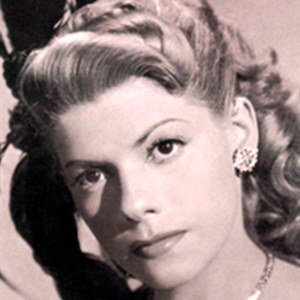 Actress who played the leading role in the drama Victimas del Pecado alongside Rodolfo Acosta.

She first appeared in the film Carita de Cielo in 1946.

She was considered one of the greatest rumba dancers in Mexican cinema.

She raised by her aunt in Cuba and moved to Mexico in 1945.

She appeared in the Mexican telenovela Rosalinda alongside Ariadna Sodimiranda.