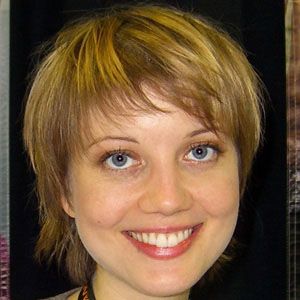 She graduated from secondary school in 2000, and the following year got a role in The Hostage Negotiator.

Her character, Cally, went from an extra in the three-hour film based on BG to a main character in the subsequent series.

She was born in Vancouver, British Columbia.

She cited Tim Burton as one of her favorite directors.