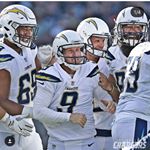 Journeyman kicker who made his NFL debut in 2005 for the Washington Redskins.

He played college football at the University of Maryland, where he was a two-time All-ACC first-team selection.

In addition to the NFL, he has also played professionally in the UFL and NFL Europe.

His parents are Bob and Julie Novak.