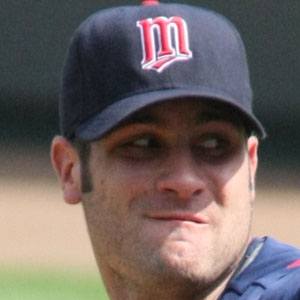 Right-handed starting pitcher who debuted with the Minnestoa Twins in 2007.

He played baseball at Del City High School in California.

His wife Alicia gave birth to twin boys in 2013.

On May 1, 2008, two-time All-Star Bobby Abreu hit a line drive off Blackburn's face. He was surprisingly all right after the incident.