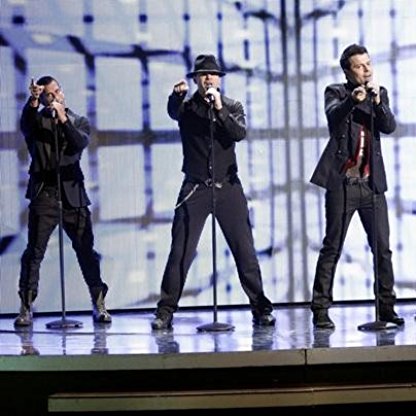 New Kids on the Block Net Worth

In the early 1980s, Maurice Starr discovered R&B/pop quintet New Edition, and guided their early success. After breaking ties with them, Starr and his Business partner, Mary Alford, sought to create a white counterpart act. Fifteen-year-old Donnie Wahlberg immediately impressed Starr and Alford with his rapping skills, dancing ability and showmanship, becoming the group's first member. Wahlberg assisted in helping to recruit other members. Among them were his younger brother Mark including his best friends Danny Wood and Jamie Kelly. He also coaxed one-time schoolmate Jordan Knight - who sang an exceptional falsetto - into auditioning for Starr as well. Upon Knight's passing the audition, his older brother Jonathan was accepted into the group as well.

In April 1986, Columbia Records released the group's self-titled debut album. The album, almost exclusively written and produced by Maurice Starr, featured mid 80s bubblegum pop material. The first single, "Be My Girl", received minor airplay around the group's native Boston, but failed to capture nationwide attention. The album's second single, "Stop It Girl", fared even worse. The New Kids went on tour around the New England states, singing wherever Starr could book them: in bars, school dances, and clubs. Nevertheless, Starr remained diligent and persuaded the label to allow the group to record a second album.

After the failure of the first album, Starr had the group back in the studio for most of 1987 and 1988 recording their second album. Dissatisfied with the excessively bubblegum sound of their first album, the group wanted to have more input on their look, direction and song material. As a result, Wahlberg, Wood and Jordan Knight received associate Producer credit on the final product. The album's first single was "Please Don't Go Girl", a ballad released in the spring of 1988. Failure seemed destined a second time when the song became another that went unnoticed by the listening public, and Columbia Records made plans to drop the New Kids from the label. At the eleventh hour, however, a radio station in Florida began playing the song. Scoring listener approval, it soon became the most requested song on their play list. When Columbia caught wind of the positive response, they decided to keep the group on its roster and put more effort into promoting the single. Columbia decided to re-shoot a music video for "Please Don't Go Girl", hiring Director Doug Nichol, and sent the video to thousands of radio stations across the country to show the group's visual appeal. National attention soon followed and "Please Don't Go Girl" eventually climbed to No. 10 on Billboard's Hot 100 Singles Chart—becoming the group's first hit.

The Commonwealth of Massachusetts declared April 24, 1989, "New Kids on the Block Day".

By late 1990, David Dyson assumed the role of musical Director. In early 1992, the group released the stand-alone single "If You Go Away", the only new track on the compilation H.I.T.S.. The song peaked at No. 16 on the US charts and No. 9 in the UK charts. Meanwhile, as the music industry was still reeling from the Milli Vanilli lip-syncing scandal, the group found themselves accused of lip-syncing by Gregory McPherson, also a music Teacher at Berklee College of Music, who was listed as an associate Producer and string arranger on the group's third album, Step by Step. McPherson alleged that Maurice Starr sang the vocals while the group lip-synced to pre-recorded vocals during their live performances. McPherson also filed a breach of contract and creative infringement lawsuit against Starr.

The group released no new material in 1991, but went overseas and continued to tour throughout Europe and Asia. That summer, Wood and Wahlberg co-wrote and produced the debut album from Marky Mark and the Funky Bunch—headed by Mark Wahlberg, Donnie's brother and former New Kid. Mark Wahlberg's album scored a number one hit with "Good Vibrations", and a platinum album.

On February 10, 1992, the New Kids filed a defamation lawsuit against McPherson regarding his lip-syncing allegations. In April 1992, McPherson dropped his suit against Starr and released a statement recanting his previous allegations stating, "They [The New Kids] did sing lead on their vocals".

In 1993, after having split from Maurice Starr, the group shortened their name to the initialism NKOTB. In January 1994, their fourth studio album, Face the Music, was released. Their first studio album in close to four years, Face the Music was a musical departure from the group's previous efforts. Nearly all the songs were written and/or co-produced by the group. In spite of some positive critical reception, the album failed to live up to commercial expectation. The album's final single to chart was "Dirty Dawg" (which featured a rap cameo by Nice & Smooth & Live Instrumentals & Background Vocals by Larry Thomas), peaking at No. 66 on the Billboard Hot 100. The follow-up single, "Never Let You Go", failed to chart in the U.S., but did reach No. 42 in the UK Singles Chart and No. 18 in the Canadian charts.

In 1999, MTV attempted to reunite the group and get them to perform on that year's VMAs. All of the members were on board for the project, except Jonathan. Without him, the performance did not happen.

In 2004, Aamer Haleem, host of VH1's Bands Reunited, also attempted to convince each of the members of New Kids on the Block to reunite for a one-night performance for the show. This time Jonathan agreed. However, McIntyre, Wahlberg, and Wood all declined. While Wood and Wahlberg declined on-camera interviews, McIntyre cited that the only way he would perform with the band was if the group would make the decision to reunite permanently.

The group's reunion tour, New Kids on the Block: Live, began at Toronto's Air Canada Centre on September 18, 2008. They toured the US with Natasha Bedingfield and Lady Gaga as supporting acts. There are 48 total concerts scheduled for Canada and the United States, nine in the United Kingdom, one in Ireland, one in France, one in Amsterdam, Netherlands and two in Germany. A NKOTB-sponsored "theme" concert cruise (for their fans) departed from Miami, Florida and traveled to the Bahamas from May 15–18, 2009. The group also announced the Full Service Tour for 2009, featuring Jesse McCartney and Jabbawockeez.

On November 3, 2010, an official announcement was made that NKOTB and BSB will be touring together in the summer of 2011 along with Jordin Sparks and Ashlyne Huff. In May 2011, Matthew Morrison confirmed during an interview on talk show Chelsea Lately that he would also be joining the tour. The NKOTBSB Tour began on May 25, 2011 and ended in June 2012. They also released a compilation album NKOTBSB which included 2 new songs.

On June 22, 2012, NKOTB was among 24 celebrities selected by the Hollywood Chamber of Commerce to receive a star on the Hollywood Walk of Fame for 2013.

The group, along with Boyz II Men performed on the Boston Strong telethon on May 30, 2013.

On October 9, 2014, the group received their star on the Hollywood Walk of Fame.

In January 2015, the group announced they would be embarking on a summer tour called The Main Event, with the surviving members of TLC and Nelly.

In November 2016, the group announced a new tour called The Total Package Tour with Paula Abdul & Boyz II Men. The 44-city North American tour spans from May 12 to July 16 and marks Abdul's first tour in more than 20 years. In March 2017 during an appearance on The Late Late Show with James Corden they performed the new single "One More Night" from the upcoming EP Thankful. The EP was released on May 12 to coincide with the start of the tour.

In December 2017, they released an expanded version of the EP titled Thankful (Unwrapped), now including the Target-only track "We Were Here" (featuring DMX) as well as three newly-recorded holiday songs, their new material of holiday music in 28 years. Additionally, they announced a short-film documentary filmed during their summer tour will be released on December 9th.

Some New Kids on the Block images 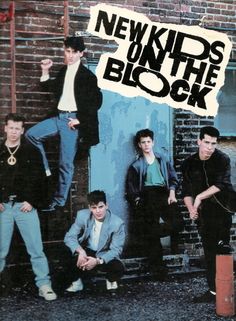 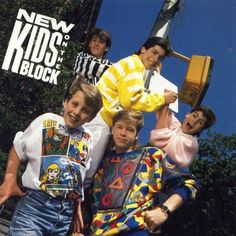 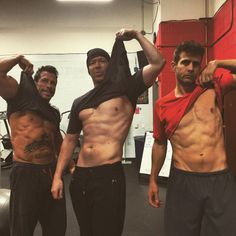 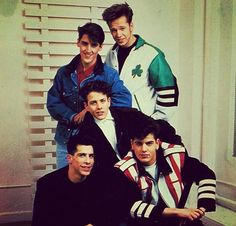 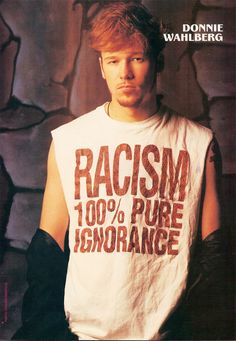 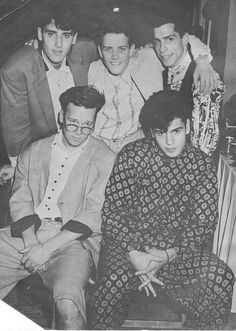 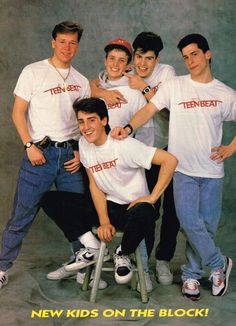 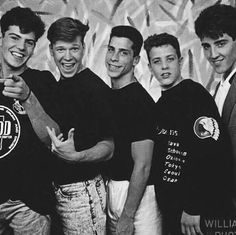