Neil Shen was born in Hong Kong, Hong Kong, Hong Kong, is Founding Managing Partner, Sequoia Capital China. Neil Shen is the founding and managing partner of Sequoia Capital China. Shen early in his career cut his teeth as a successful entrepreneur himself as co-founder and CFO at travel site Ctrip.com. Shen had previously worked as an investment banker at Deutsche Bank Hong Kong, Chemical Bank, Lehman Brothers and Citibank. Shen made Forbes list of the world's "100 Greatest Living Business Minds" in 2017.
Neil Shen is a member of Finance and Investments 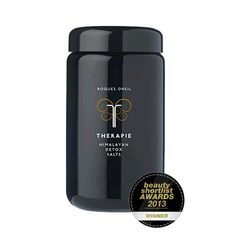 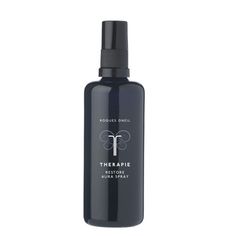 Sheehan was born in Holyoke, Massachusetts, the son of Mary (O'Shea) and Cornelius Joseph Sheehan, who were Irish immigrants. He was raised on a dairy farm near Holyoke. Sheehan graduated from Mount Hermon School (later Northfield Mount Hermon) and Harvard University with a B.A. in history (cum laude) in 1958. He served in the U.S. Army from 1959 to 1962, when he was assigned to Korea, and then transferred to Tokyo, where he did work moonlighting in the Tokyo bureau of United Press International (UPI). After his stint in the army he spent two years covering the war in Vietnam as UPI's Saigon bureau chief. In 1963, during the Buddhist crisis, he and David Halberstam debunked the claim by the Ngô Đình Diệm regime that the Army of the Republic of Vietnam regular forces had perpetrated the Xá Lợi Pagoda raids, which U.S. authorities initially accepted. They showed instead that the raiders were Special Forces loyal to Diệm's brother, Nhu, and motivated to frame the army generals. In 1964 he joined The New York Times and worked the city desk for a while before returning to the Far East, first to Indonesia and then to spend another year in Vietnam. Sheehan was one of numerous US and international journalists who received valuable information from Pham Xuan An, who was not only a 20-year veteran correspondent for Time Magazine and Reuters, but was later revealed to also be a secret North Vietnamese spy.

In the fall of 1966 he became the newspaper's Pentagon correspondent and in 1968 began reporting on the White House. He was a correspondent on political, diplomatic and military affairs. In 1971 he obtained the Pentagon Papers for the Times. The U.S. government tried to halt publication. The case, New York Times Co. v. United States (403 U.S. 713), saw the Supreme Court reject the government's position, and become a landmark First Amendment decision. The exposé would earn The New York Times a Pulitzer Prize.

In 1970 Sheehan reviewed Conversations With Americans by Mark Lane in the New York Times Book Review He called the work a collection of Vietnam War crime stories with some obvious flaws which the author had not verified. Sheehan called for a more thorough and scholarly work to be done on the war crimes being committed in Vietnam.

Although he received an initial advance of $67,500 (of which he was entitled to $45,000 prior to publication) from Random House in 1972, Sheehan—a "dreadfully slow" Writer who "[chased after] the last fact"—mainly subsisted on lecture fees and fellowships from the John Simon Guggenheim Memorial Foundation (1973-1974), the Adlai Stevenson Institute of International Studies at the University of Chicago (1973-1975), the Lehrman Institute (1975-1976), the Rockefeller Foundation (1976-1977) and the Woodrow Wilson International Center for Scholars (1979-1980) for the remainder of the 1970s. According to william Prochnau, the latter fellowship marked a significant "turning point" for the book, as Sheehan "talked about Vietnam all day long every day" with Peter Braestrup after abandoning several hundred manuscript pages characterized by Susan Sheehan as a "false start." When Sheehan finished "three-fifths of the manuscript" in the summer of 1981, the initial advance was renegotiated and raised to $200,000 with a projected delivery date of 1983, while william Shawn of The New Yorker agreed to excerpt the finished manuscript and advance funds as needed.

In November 1974, Sheehan was badly injured in a two-car accident on a snowy mountain road in western Maryland caused by an uninsured motorist whose driving behavior was arguably Criminal in nature. Sheehan's wife, longtime New Yorker staff Writer Susan Sheehan, chronicled details of the accident and its emotional, legal and financial impact in a 1978 article for the magazine. In addition to time and effort spent fighting three libel suits in connection with a previous book that endured until 1979, Sheehan's lengthy recovery from his injuries significantly delayed work on his book, begun in 1972, about John Paul Vann, a dramatic figure among American Leaders in the early stages of the war in Vietnam. After the Times ended his four-year unpaid leave in 1976, he formally resigned from the newspaper to continue work on the book.

Susan Sheehan also won the Pulitzer Prize for Nonfiction in 1983 for Is There No Place on Earth for Me?

Still beleaguered by health problems (including a pinched nerve and osteoarthritis), he eventually completed the book, A Bright Shining Lie: John Paul Vann and America in Vietnam, in 1986. Edited by Robert Loomis and published in 1988, it was nominated for the Pulitzer Prizes in Biography and History and won the Pulitzer Prize for General Nonfiction. It also won the National Book Award for Nonfiction.

He received a Pulitzer Prize and a National Book Award for his 1988 book A Bright Shining Lie, about the life of Lieutenant Colonel John Paul Vann and the United States involvement in the Vietnam War.