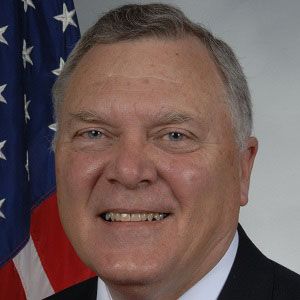 After serving Georgia's ninth and tenth districts in the United States House of Representatives, this Republican Party politician was elected eighty-second Governor of Georgia.

After earning his bachelor's degree and his JD from Mercer University, he became a captain in the United States Army and subsequently operated a private legal practice and served as a Judicial Circuit judge and a criminal prosecutor. From 1981 until 1993, he served in the Georgia Senate.

While in office as Governor, he brought about significant reform in his state's Criminal Justice System.

The son of teachers Noah and Mary Deal, he spent his youth in Gainesville, Georgia. His marriage to teacher Sandra Dunagan Deal resulted in children named Katie, Carrie, Mary Emily, and Jason.