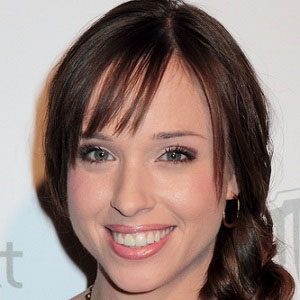 Famous for her role as Debbie on the ABC series The Middle, Lander is also notable for playing Marie on Castle and Annie on Hannah Montana.

Early in her acting career, she played the recurring role of Marcy on the television series Aim High.

A voiceover artist as well as a television actress, she contributed to the Dissidia Final Fantasy, Shrek the Third, and Saints Row video games.

She was born in Los Angeles, California, to actors Kathy Fields and David Lander.

She and Rachel Potter were both finalists on the MTV reality talent competition Legally Blonde The Musical: The Search for Elle Woods.