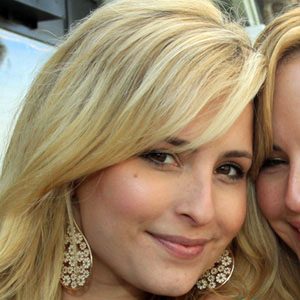 She appeared in a doublemint gum commercial with her sister.

She has had small film roles in 2009's A Perfect Getaway and 2008's Transylmania.

She has a twin sister named Nicole.

She guest-starred in an episode of How I Met Your Mother with Jason Segel .