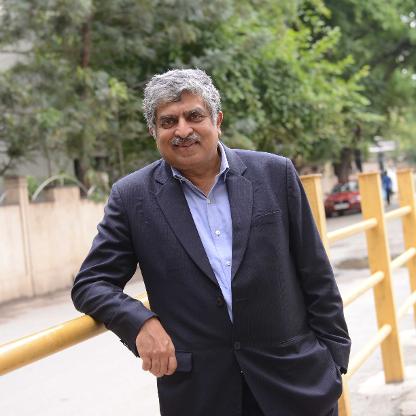 Nandan Nilekani was born on June 02, 1955 in Bangalore, India. Nandan Nilekani is the cofounder of tech giant Infosys and its non-executive chairman since August 2017. Nilekani, who left Infosys in 2009, was brought back in 2017 after a boardroom shakeup at the company and the sudden departure of its CEO. Nilekani is credited with building Aadhar, India's mammoth identity card scheme, while chairman of the Unique Identification Authority of India. The tech magnate, who still has shares in Infosys, has been backing startups in recent years.
Nandan Nilekani is a member of Technology 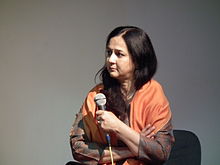 Nandan Nilekani was born on 2 June 1955 at Bangalore, Karnataka. His parents Durga and Mohan Rao Nilekani are from Konkani Brahmin community originally from Sirsi town in Uttara Kannada district of Karnataka His Father worked as a general manager of Mysore and Minerva Mills and subscribed to Fabian Socialist ideals that influenced Nilekani in his early years. Nilekani's elder brother, Vijay, works in the Nuclear Energy Institute.

In 1978 he started his career at the Mumbai-based Patni Computer Systems, where he met and was interviewed by N.R. Narayana Murthy. In 1981, Nilekani, Murthy, and five others left Patni to start their own company, Infosys. Nilekani became the chief executive officer of Infosys in March 2002 and served as CEO of the company through April 2007, when he relinquished his position to his colleague Kris Gopalakrishnan and became co-chairman of the board of Directors. Before assuming leadership as CEO in 2002, Nilekani held various posts, including managing Director, President, and chief operating officer. He served as its CEO from March 2002 to April 2007. During his five-year tenure as CEO, Infosys' topline grew sixfold to $3 billion.

In 2008 he also set up the Indian Institute for Human Settlements in order to help to solve urban challenges for India.

Nilekani has appeared on The Daily Show with Jon Stewart to promote his book Imagining India: The Idea of a Renewed Nation and spoke at a TED conference in 2009 on his ideas for India's Future.

According to news reports, he was the richest candidate for the 2014 Lok Sabha elections with declared assets worth Rs 7,710 crore in his affidavit filed before the Election Commission.

In December 2016, he joined a committee to investigate how people in India could use digital payments to a greater extent.

Nilekani is married to Rohini Nilekani (née Soman), whom he met at a quizzing event at IIT. They have two children, Nihar and Janhavi, each of whom has received an undergraduate degree from Yale University. Nandan Nilekani belongs to the Chitrapur Saraswat Brahmin community and his first language is Konkani. In addition to Konkani, he speaks Kannada fluently along with Hindi, Marathi, and English. The Nilekani family has a 2.29 percent stake in Infosys as per the quarter ended June 2017.

Nilekani is President of the governing body of the New Delhi-based National Council of Applied Economic Research (NCAER), India’s largest and oldest non-profit economic research think tank. NCAER, established in 1956, does grant-funded independent economic policy research and sponsored research studies for governments and industry. Its work covers almost all branches of economics, from economic forecasting to poverty analysis. NCAER is among a handful of think tanks globally that collect primary survey data on a scientific, national basis covering households, enterprises, consumers, and individuals. NCAER’s economic and social data sets are used widely for research and analysis on India.